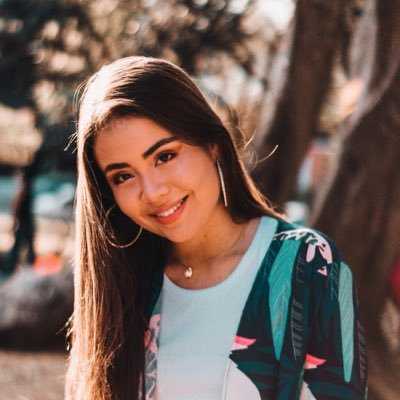 Valentina Acosta Giraldo: As someone has very rightly quoted that dreams don’t have limits and so is hard work, if your desire is sheer and you can go till infinity to achieve it then even the sky cannot be your limit. Well, only a few have the tenacity towards their desire. But a young damsel, bucket head on her head, vibrant smile, hair parted and decorated strands of numerous color, and eyes full of dreams has proved it true. That person is none other than the youth Archery Champion Valentina Acosta Giraldo, who has dreams elder than her age and the ability to achieve them all.

The gem of archery was born after the turn of the century in 2000, name Valentia Acosta Giraldo. She was born in the year 2000 on the 19th of April. Valentina is a native of Columbia. She belongs to a very liberal family and was brought up by her parents with utmost care and freedom to live her life the way she wanted and her parents have been a spine throughout her venture. Valentina Acosta is a 21-year young damsel, who is a hot buzz of inspiration all over not only to her age fellows but to every parent for her sheer courage and passion. 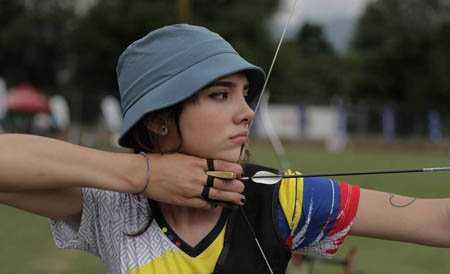 Valentina Acosta Giraldo said that beautifully penned original novel and a splendidly plotted movie title “The Hunger Games” were her role models which inspired her before she confesses her passion for archery and commenced her venture as an archer. She is not just a skilled and determined archer but a vibrant bright student who aspires to achieve knowledge as well. After getting selected for the Colombian National  Team, she not only trained hard for 4-5 long hours, at 8 a.m. but she used to go to her school after her training regime every day.

Numerous articles affirmed that, while preparing for the World Youth Archery Championship Valentina Acosta Giraldo used to recklessly train for the double number of hours. That is her training regime was 8 hours long of high-intensity tireless training. Her determination and sweat of hard work and hours long intense training paid off when she smoothly keep moving forward beating all her sterling challengers from several countries and proudly acquire the winning laurel of World Archery Youth Champion in the year 2019.and this is not her limit as she has some future endeavors on her bucket list to achieve and for now she is planning to participate in the Olympics Games in the future.

Though there came a chapter in her life two years ago, before she was off to Spain to bagged the gold medal. after she graduates high school at the age of 17, Valentina Acosta Giraldo was on the swing of her life and perplexed concerning the road to take in her life to follow either her passion for archery or her much halted and suffered studies.  She got stuck between resuming her studies only or be determined towards her sports and polish her skill constantly and splitting her time between studies and training regime. And she followed her heart-felt passion which led her to the victory and added few more pages in the history of archery and sports. 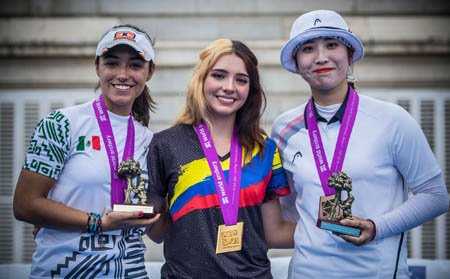 Before holding the championship laurel of being the first South American since 2013 to bag the title she has undergone intense training and worked recklessly for a long number of hours, Valentina Acosta Giraldo joined the national team of archery and was trained under the highly skilled and polished coaches after her adamant decision of continuing archery as her life long road to travel and let the sport be her identity.  She used to woke up early every day for her training and was there ready for her training regime in the camp before the clock hits eight. She does varying level of training and prior the World Championship she underwent to a training regime which was ramped up to twice a day, and when her name was announced in the World Championship in Madrid, joyous tears filled her eyes as her determination and rampant attitude towards her passion and intense training paid off a big share of pie and time she invested

Valentina Acosta Giraldo final road finally led her through various destinations like France, Korea, Germany, and on reaching the final destination she encountered Mexican finalist Ana Paula Vasquez in the final round. In the finals, she commenced it with one nine and two tens and didn’t got nervous and didn’t look back not for a single time after her first set. After receiving her gold medal, Valentina Giraldo with a heavy voice and joyous tears stated “I don’t remember much what I felt, I was in another world; I thought, I will not have more nerves, I can rest, be a person again. I wanted to go out and call my parents, ask them if they had seen me.”

Now she is more adamant for her future endeavors and Valentina is planning her next victorious station to be the Olympics, and if her passion is as sheer as it was during her Madrid venture then there is no dubious hole that soon she will be encountering the splendidly skilled archers in Japan taking on the best of best archers from all over the globe. And if destiny and her hard work will be as determined as before she will be seen again coming out as flying colors. 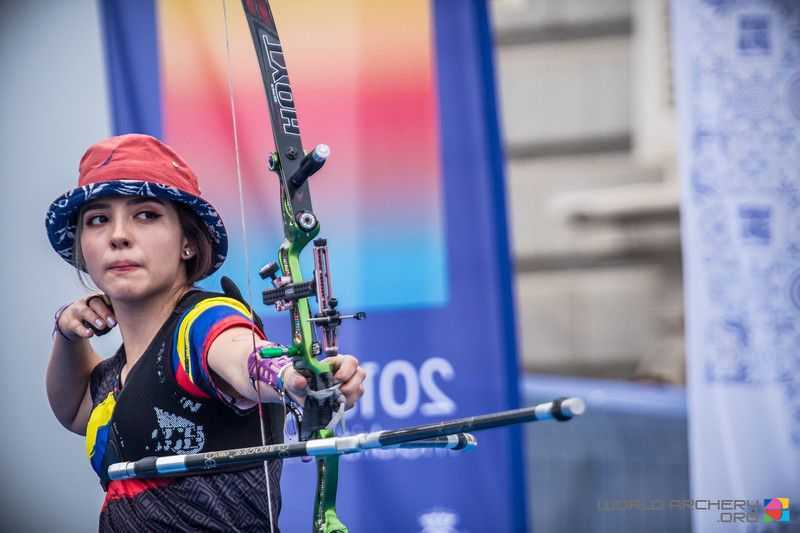 Is Valentina Acosta is committed to someone other than her sport?

As per her busy schedule, training in the morning then attending her classes in the day, and other work of college she gets them done at night. As it is quite visible that there is minimal time left when it comes to, Valentina enjoying a social life.

Though the 21-year-old world Champion is a bit social person and spends time with her squad quite often. She admires and is very fond of Ricky and Morty and considers herself a Morty. But coming to the romance in her life and falling for a real person other than cartoon, well Valentina doesn’t seem interested or ready for nocking that arrow right now.  For now, she is only in love with her archery and looking for opportunities to grapple to move further in her career and romance and dating are not her cup of tea for now.

Valentina Acosta Giraldo is amazingly living her life determined on her future endeavors and as you know that archery doesn’t fetch such a huge amount and though she is just a 21-year-old young damsel with 20k followers on Instagram and she is a celebrity in her home town Columbia. Probably her net worth would be ranging between $40,000 to$ 70,000

A1. Valentina Acosta Giraldo is her full name. Her area of interest is archery. Valentina has won many archery championships. And became famous after winning the World Championship in Madrid 2019. For now, she is aspiring for a gold medal in the Olympics.

A2. Valentina Acosta Giraldo was born on the19th of April 2000. She is a 21-year-old young damsel belong to Columbia and is raised by a very liberal family. Her parents are the reason behind her successful venture and priceless victories, as she mentions it.

A3. Valentina Acosta Grilado is a 21-year-old independent young damsel, who aspires to be the world’s top archer. Her commitment is only with her passion and training regimes. She is busy practicing to attain a successful nock the victorious arrow in the coming Olympics. And romance is not a part of her life for now.