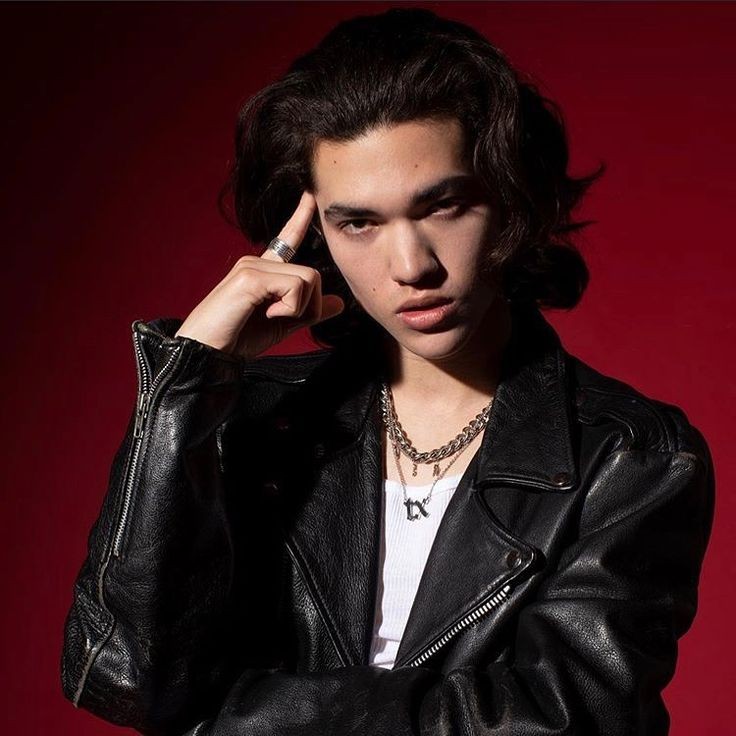 Conan Gray GAY: If you are a music geek and have time to spare it over pop and indie music, then billboard numbers like ‘Maniac’ and ‘Heather’ have had crossed your ears at least once and if they have, then singer Conan Gray is no new face. American singer, songwriter, and social media personality Conan Lee Gray was born on December 5, 1998, he started his career by uploading vlogs, covers, and original songs on YouTube. Find out the famous singer’s sexuality below:  Is Conan Gray GAY or not!! 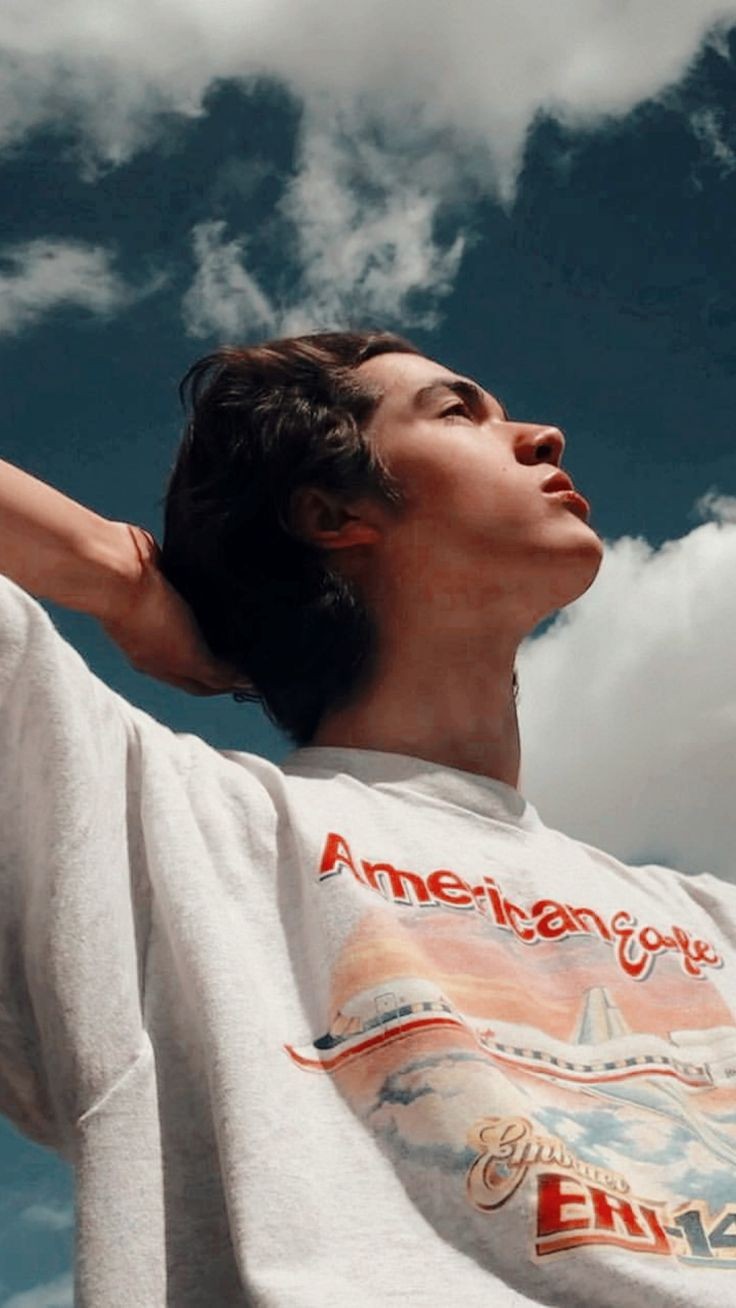 Gray uses both men and women as love interests in his music videos, but does that have anything to do with his sexuality? Let’s find out.

Gray was born on December 5, 1998, in Lemon Grove, California. His ethnicity is mixed. His father is of Irish ancestry while his mother being Japanese. When Conan Gray was an infant, his family had moved to Hiroshima, Japan because of the extensive medical needs that his grandfather required. After spending almost two years of his infant life there the Gray family moved back to California. It is said that Conan Gray used to speak fluent Japanese back then but after settling in California he lost his proficiency. 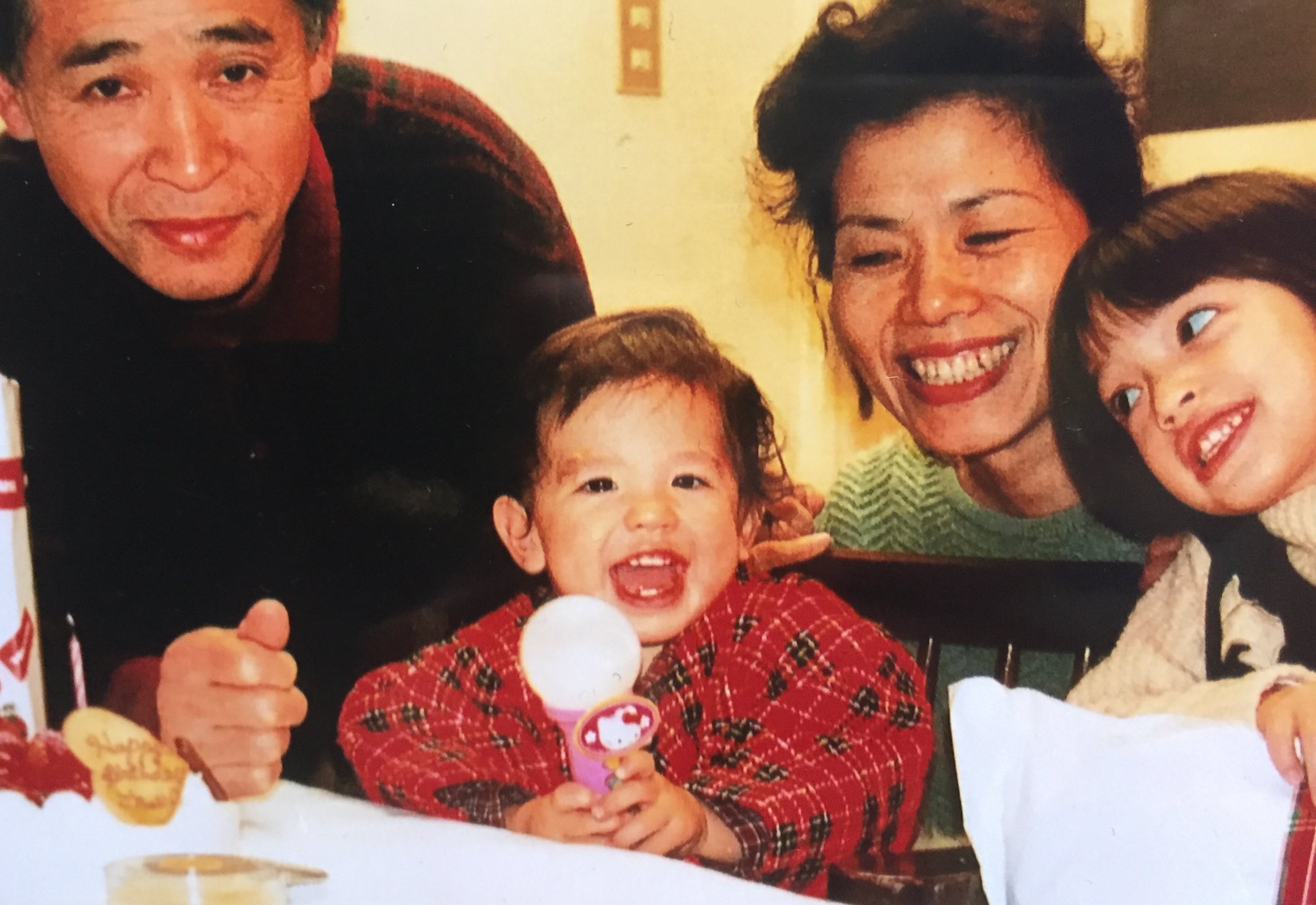 Gray’s parents divorced when he was 3 years of age. His father had received his custody. Being a military parent grey had to travel a lot as a teenager. He had to move around 12 times throughout his entire childhood, moving three times during his sixth grade alone. Grey admitted that he was frequently bullied at school for being an Asian. At one point he was one of the only five mixed Asian children in his school. In a ‘draw my life’ video hi details his experiences with a single divorced parent and the hardships that he had to face as a young child.

Conan Gray eventually settled down in Georgetown, Texas, and spent his remaining teenage years there. Gray said that most of his love for music and arts was inspired by his small life in Central Texas. He was accepted to UCLA and thereby moved to Los Angeles back in the year 2017. 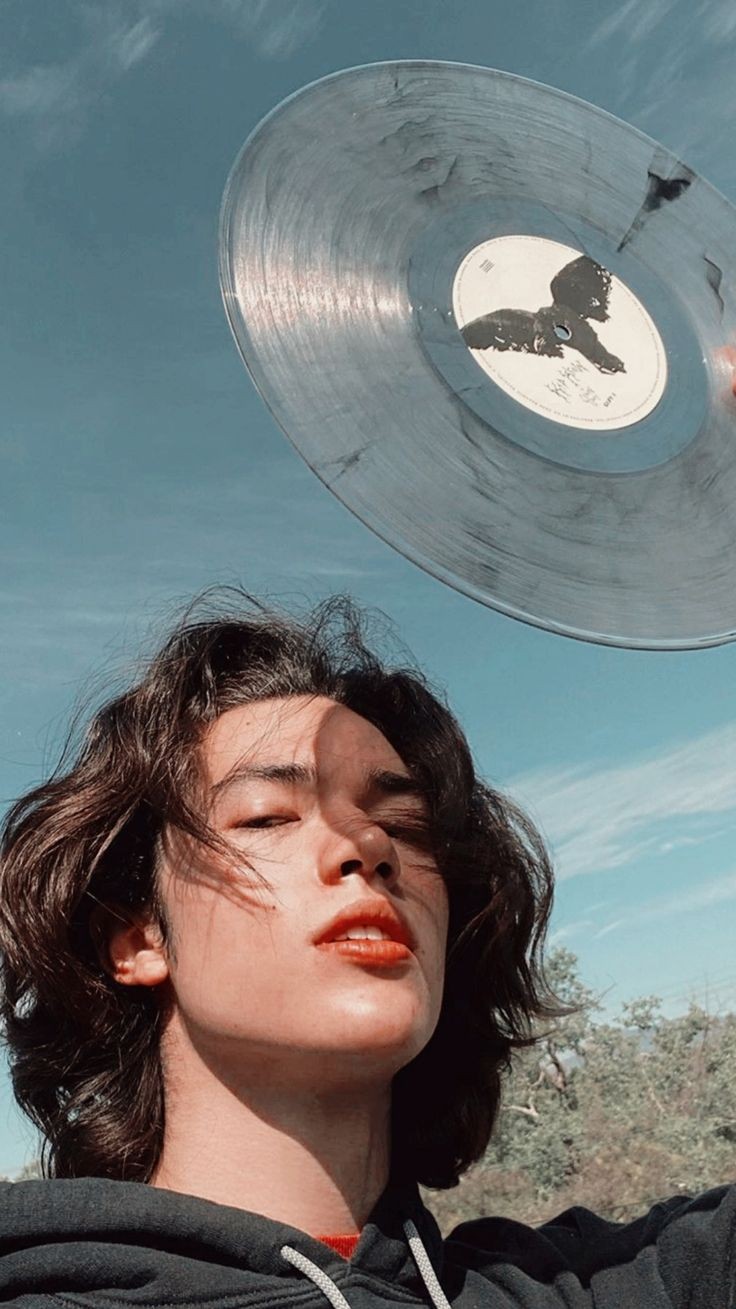 Conan Gray created his official YouTube channel ConanXCanon back in the year 2013. He began creating videos from the age of 9. Most of his vlog content centers around his life in Central Texas, the place that inspired him of music and arts, the channel was supposedly created for photography and art, but with times Gray changed his opinions and now it features vlogs, art, original songs as well as acoustic. Gray is often hailed for his American-related remembrance. He has received two creators awards to date the first back in the year 2017 for crossing 100,000 subscribers and the second one in the year 2018 for 1000,000 subscribers.

Conan Gray self-released his debut single “Idle Town”, in March 2017. The song gained over 14 million streams on Spotify and 12 million views on YouTube.In October 2018, Gray released the single “Generation Why” on Republic Records. In November 2018, Gray released the five-track EP Sunset Season which includes the hits like “Idle Town”, “Generation Why”, “Crush Culture”, “Greek God”, and “Lookalike”. The EP peaked at number 2 on the Billboard Heatseekers Albums chart and No. 116 on the Billboard 200. 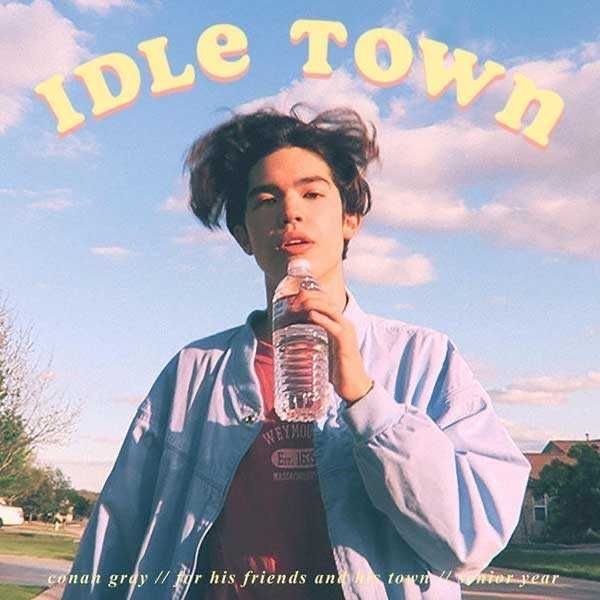 Gray made his television debut when he performed on Late Night with Seth Meyers on the eve of February 2019 before performing several shows as an opening act for Panic! at the Disco during their Pray for the Wicked Tour. He played concert festivals such as The Great Escape in addition to touring nationally.

In February 2019, Gray re-released the single “The Other Side”, after originally publishing it on YouTube in 2016 on the eve of the first day of his senior year at high school. Between March and October 2019, Gray released a series of singles off of his debut album, Kid Krow, namely “Checkmate”, “Comfort Crowd”, and “Maniac” which crossed over 20 million views on YouTube and topped the Billboards as well and an independent single, “The King. 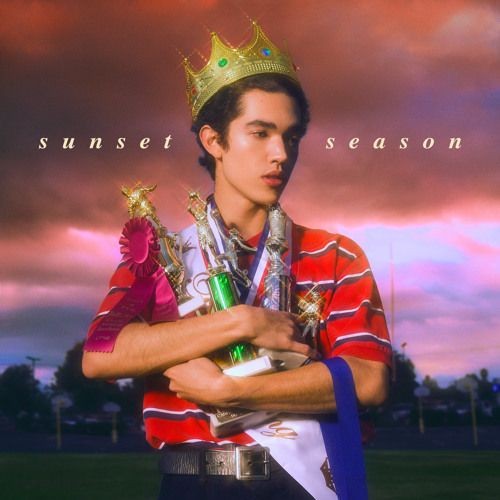 In October 2019, Gray embarked on his second headlining tour of North America with support from acclaimed New Zealand musician Benee as well as American recording artist UMI. As of October 2019, Gray’s catalog had gained over 250 million streams across all platforms collectively. Gray was awarded the 2019 Shorty Award for Best YouTube Musician and was nominated for Breakthrough Artist at the 2019 Streamy Awards. 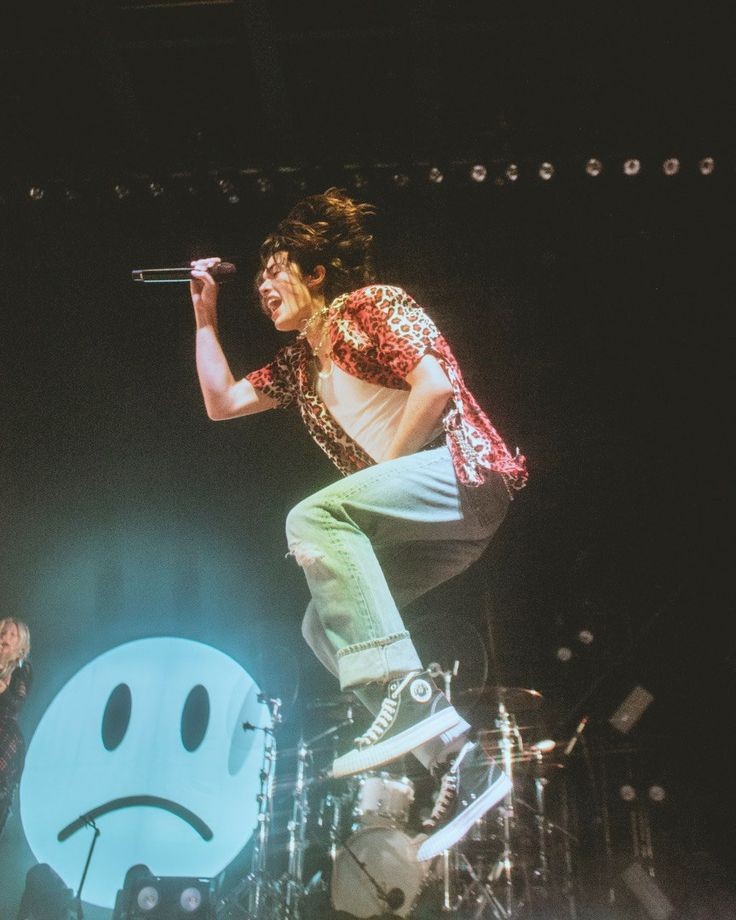 Gray released his debut complete studio album Kid Krow on March 20, 2020, which debuted at number 5 on the Billboard 200 as well as number 1 on the US Pop Albums chart and number 2 on the Top Album Sales chart with over 37 thousand pure sales. It was the biggest new debut album as of March 2020 in the US. The album was praised by various publications such as Paper Billboard, NPR, Paste, and Vogue.

Conan Gray’s current net worth is estimated at $750,000. Conan has 40K+ followers on SoundCloud. His YouTube channel boasts 1.2+ million subscribers. He’s verified on platforms like Instagram and Twitter and is very active on both platforms. The 22-year-old is considered to be one of the top-raising artists of the industry after dropping singles that top the charts like no other.

Well, fans are going gaga over Gray’s sexuality because of his style and choice of both male and female preferences in his music videos. So is Conan Gray Gay? Or it’s just another rumor.

Singer and songwriter Conan grey is very active on social media platforms like Twitter and Instagram but his sexuality hasn’t really been confirmed. We know that Gray basically involves both male and female attributes as love interest his music videos and albums like in his song ‘Heather’, the visuals of that video in particular raised questions about his sexuality. 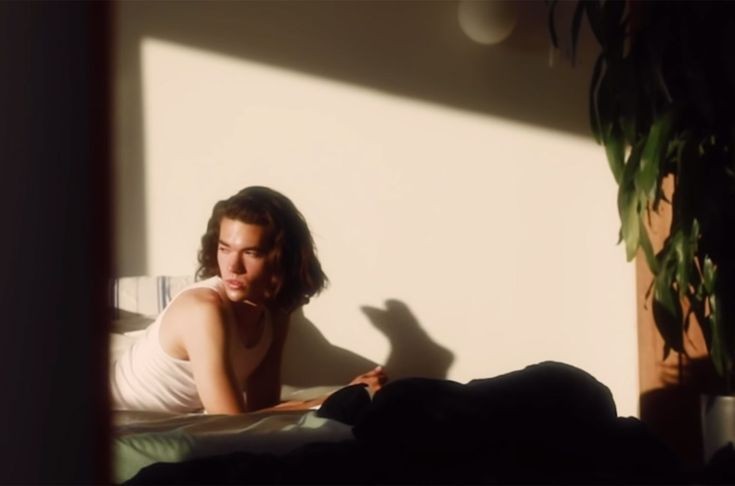 As of now, Gray hasn’t really revealed his sexuality, and one time he was demented by how people put labels on him. But instead of that fans are eager to know that is Conan Gray GAY? 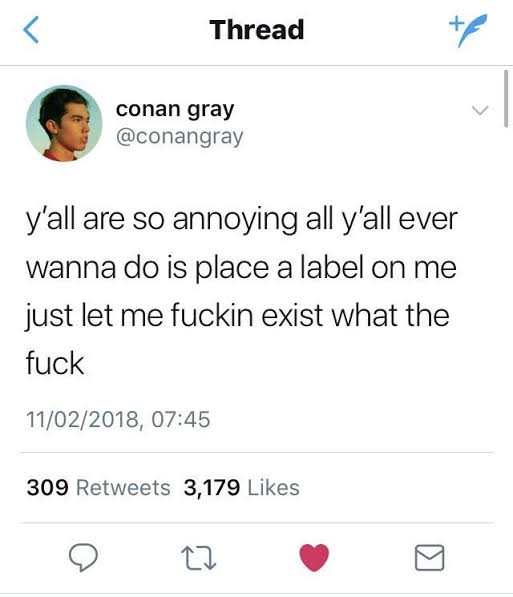 Grey has been asked about his equality in various interviews but he expertly avoids them and has completely rejected the gay tag, people say that there’s the possibility of him being Bisexual as in one of his Twitter posts he wrote ”boys are ugly and so so stinky that’s why I’m a lesbian”. 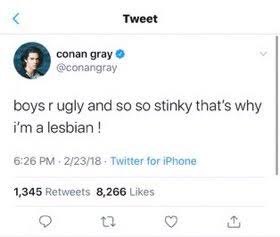 Well, the singer is yet to identify himself as of now, and in all honesty, his craftsmanship as a great musician is all that should matter. We will definitely update the post if the singer identifies himself.

Liked this article about Conan Gray GAY, check out more at https://instachronicles.com/