Gadgetsblog
HomeAnimeEscanor's Death- Is Escanor from Seven Deadly Sins dead? Will he be coming back? UNEXPECTED NEWS!! 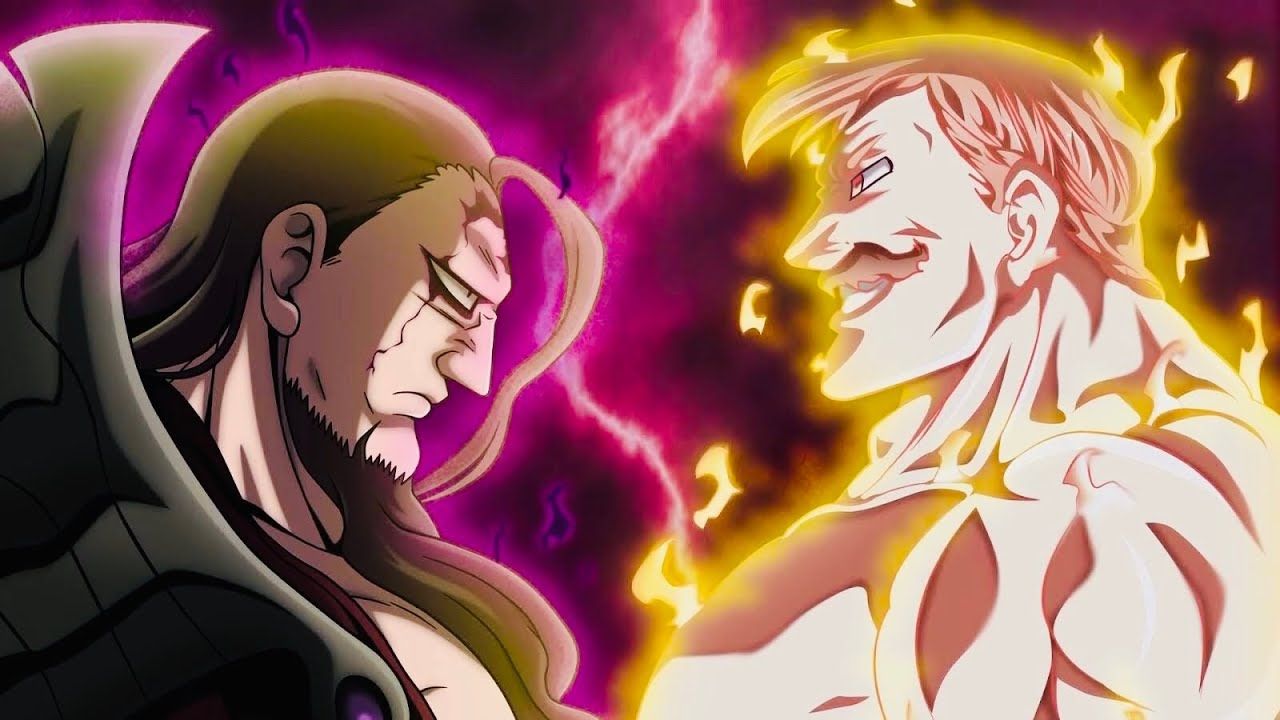 Merlin is the first character whose power level increase gradually since the start first it slows down, later it becomes very fast we can see easily over power mode and the second character is  Ludociel his power level don’t ask much of his ability So we can say that her superior power and also intelligence and extraordinary magical powers is enough to land ninth flour third character is The Original Demon / The Sinner whose much strong  the damage he takes, fourth is Godness Elizabeth his power is much more than meets the eye and the fifth is Fairy King it is more powerful character and the sixth is Escanor The one it is also a strongest character seventh one is Mael/Estarossa power level is far less compared to other and the eighth one is Ban whose power level very hard, ninth one is Demon King Zeldris whose strong enough tenth one is Meliodas Final Form is one of the most powerful…

Escanor, also known as Lion’s Sin of Pride is the last and the seventh sin. This final member of the Seven Deadly Sins is popular for his immense power during the day which gradually gets turned down with the sun setting. “Sunshine” is his inherent power. And although he was not a very important character at the beginning of the show, soon fans of Seven Deadly Sins got pretty attached to him which is why Escanor’s death turned out to be quite big a deal for fans of the show. Escanor was considered one of the most mysterious members but then time and again the same question always popped up in our heads, “ Is Escanor even that strong?” Well, he did prove his strength in one of the most iconic flights from Seven Deadly Sins- the fight against the Commandment of Love, Estarossa. Escanor proved his worth and that he was deserving enough of the title of the strongest man alive’.

After beating the pulp out of the Demon King in Zeldoris’ body, using every ounce of strength left in his own body, he gave rise to this frequently asked question about Escanor’s death- “ Is Escanor Dead or not?”

Well here is all you need to know about Escanor’s death.

Escanor’s Death- Is it true that he is dead?

Yes, unfortunately, yes. Although given his reputation of being the strongest man alive, it is really hard to believe that a character that strong could be killed off, Escanor’s death is very much real. Escanor, Lion’s Sin of Pride died fighting the Demon King as he used his “The One Form’’. His body disintegrated as he used up his life force, every ounce of power in him, to boost up his power of “sunshine”. Using his borrowed grace he was able to defeat the Demon King, Zeldoris but he did so in return for his own life.

Escanor was Castellio’s former prince. He was born weak but gradually his power of “sunshine” strengthened him and brought significant character development in him. His power reached its peak during the daytime, and with the sunset turned his back once again to the normal weakling that he was. Escanor’s death has been one of the most talked-about topics in recent times and a big bummer for many fans, but Escanor’s death does bring quite a change in the story making it even more thrilling than ever.

Is Asta A Demon?: Asta’s Demon | Know everything about Asta’s demon

Who is Responsible For Escanor’s Death?

To be quite frank, Escanor himself was completely responsible for his own death. He borrowed Sunshine to defeat the Demon King and in the process used up all of his own life force, killing him.

In the past, the Demon King had taken over the body of Zeldoris. And although Melodias was completely capable of defeating him, he did not want to take a step because that would only destroy his own brother’s body.

When the rest of the sins came to aid, Escanor asked to borrow “sunshine” from Mael fully aware that it might cause Escanor’s death due to excessive use of the godly power. Despite knowing it all, Escanor borrowed the power as he wanted to save his friends. He would rather use up all his power to destroy the Demon King than watch his friends struggle.

While in his The One hand to hand combat with the Demon King, Escanor realized that just the borrowed power would not be enough to defeat the Demon King, he would need to use up all his own power as well.

After he successfully managed to defeat the Demon King, the grace returned to Mael, and having confessed his love for Boar’s Sin, Merlin, Escanor died. Escanor’s death indeed was a very touching moment. 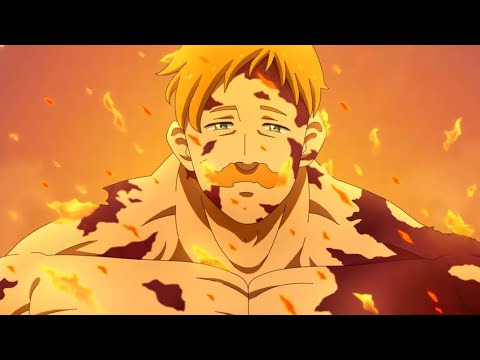 Escanor somewhat had a split personality. The power of Sunshine activated during the daytime and left him with the sunset, thus giving him two different personalities. With the divine power leaving him, he would turn into a frail man who showed no pride and was engulfed in poetry. During the day, Esacnor was the true symbol of Pride. The power of Sunshine originally belonged to Mael. Mael had lost his power after which the power of “sunshine” wandered around for centuries before entering the human- Escanor, the second prince of Castellio. During the final Holy War, Escanor to save the other sins had returned the power to Mael- the only one who could use the power to its full potential.

Escanor was undoubtedly one of the strongest characters in the entire franchise, crowning him with the title of “the strongest man alive”, which is why Escanor’s death came as a shock to many.

Sure, the producers could bring back Escanor anytime, with the help of reincarnation, but it seems very unlikely that they would ever do so, cause then the sentiment behind Escanor’s death would be lost. Moreover, in the long run, the story could be developed much, when it comes to Escanor’s character. 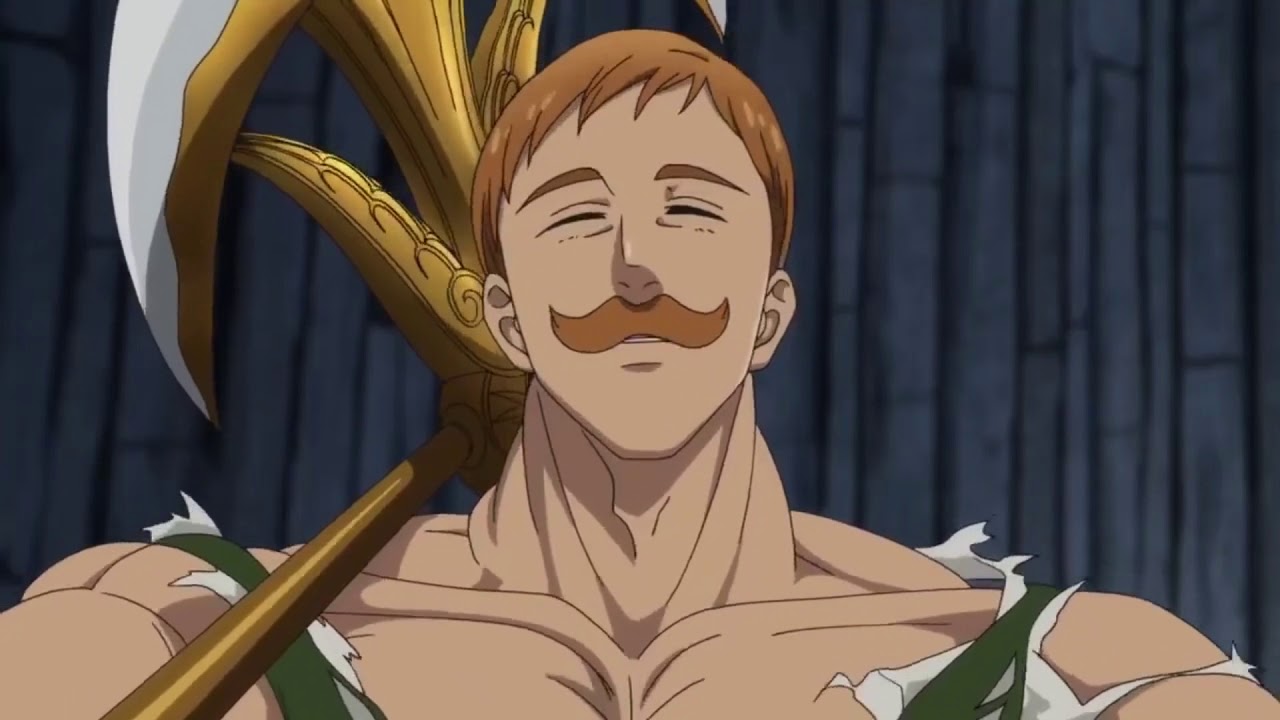 So yes, Escanor’s death although real sad, is very much real.

And no, there are hardly any chances of him coming back in any form, given Escanor’s death in an epic battle scene.

Stay tuned to Insta Chronicles for further details and events concerning Seven Deadly Sins and many other favorite anime shows of yours. Subscribe to us for receiving our daily updates on your favorite shows, characters, and a lot more.