Anime like Death Note: Anime lovers | Selected ones, know every single details about this everything you can find here 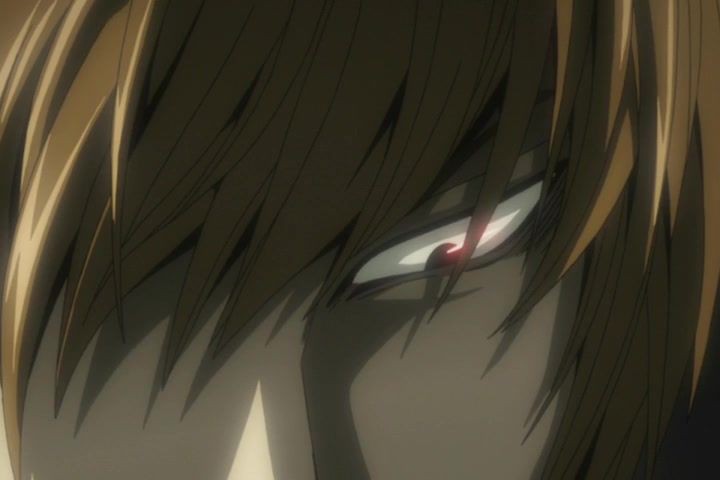 If you like watching scripts which raises some ethical and moral questions like ‘Death Note’. Although Death note was a short series, it is still loved by anime fans. The people who are not into anime are also a fan of this series. If you are new to the anime world or even you are a binge-watcher. We have some Anime like Death Note for you that you will like to watch if you have liked Death note.

Death note is a psychological thriller series. The show was filled with mystery, it is very thrilling to watch Kira and L doing their best to win their duel. Both the characters are smart and are trying to win the game of Death Note.

The story is about high school student Light Yagami who one day finds a notebook called Death Note, which has the power to kill anyone if you write their name in it. Death Note also has a Death God, who is the actual owner of the Death Note. Light Yagami’s Death Note’s Death God was Ryuk.

The anime has raised the question, even if the criminals will vanish because of it, is that still fair for a person to make all the decisions regarding the kills of all the criminals. It raises the question of one’s morals and ethics. Does a person who thinks that he is the god will not take over the world? If he is killing for society reasons he can also kill for himself.

Besides, the amazing plot of Death Notes the series has amazing characters also. if you want to watch more Anime like Death Note keep reading the article further.

KNOW MORE: Has Anyone Died On Naked And Afraid?

Ghost in the Shell

If you have liked the cat and mouse chase in the series you would definitely like this Anime like Death Note. Ghost in the Shell is situated in a future world where humanity has found a way to increase their physical and mental abilities. Artificial transplants are the new part of this world.

The upgrade in abilities also has increased and empowered criminals. However, there is a special unit called section 9 that had Jn to fight with them all. On the other hand, ‘The Laughing Man’ who is a hacker has brought new challenges.

If you liked watching some chase games you would love this Anime like Death Note.

Death Parade is a story of a fictional set up where a person after his death didn’t go to hell or heaven. Instead, they get into a bar, where they all were challenged by s bartender called Decim. After getting there they have to win some random games. If they win they will get another chance to live their lives and if they lose they would end up in a void, ceasing to exist.

The anime is set up in a dystopian world. Humans here are settled only in one city called Romdo. The world is technologically advanced, humans are supported by Androids. A virus spread creates problems when AI gains self-intelligence.

Re-l Mayer is the investigator of the case. She is the granddaughter of Romdo’s ruler. In her search for a solution, she faced some danger and a terrible secret was uncovered.

The story of Monster is not similar to Anime like Death Note and it had a very different premise, the anime was still liked by Death Note fans because of its similar vibes.

The story of the anime is set around very talented neurosurgeons. Dr. Kenzo Tenma was among the best doctors in his field. One day he has been asked by the director to switch his patient, to save the life of a very important person. He was successful in saving that patient but the patient he left dies. He was disturbed by the death of that patient and when the next director asked him to save someone important, he instead chose to operate on a little boy. His decision set his career back. On the other side, all the people back upon him died mysteriously. Later, it turns out that the little boy he saved becomes a terrible monster, who is taking everyone’s life.

Most people who have loved Death Note have agreed on the fact that Paranoia Agent is also similar to Death Note. However, there is a big difference in victim choice between both Kira and Bat, the series still brings the same feeling of Death Notes.

The story of this Anime like Death Note revolves around a psychopath terrorizing a city called Musashino. He went around on his rollerblades and assaulted people with a golden baseball bat. Whereas everybody is still figuring out who is behind all this brutality. The story gets thrilling when detectives Keiichi Ikari and Mitsuhiro Maniwa were after the psychopath and were chasing him before he did another brutality on someone.

There is a bonus anime that we will like to recommend. The anime might not be similar to Death Note but is interesting enough to give it a watch. The anime is set in around a sixteen-year-old Shinichi Izumi’s life. One day suddenly when aliens attacked the world his life got upside down. Aliens are like parasites, the creatures crawling up in people’s noses and ears to take over their minds. One parasite- an alien also attacked Shinichi’s body as well. However, the alien was only capable of controlling his right hand, both then decide that they both have to coexist with each other so that they both can survive.

Know which character people love most-

So that the name’s of your favorite character which wins a lot of hearts and the name started with Light Yagami, Ryuk, L, Touta Matsuda, Naomi Misora, Near, Mello, Soichiro Yagami, Misa Amane, Rem everyone what I have to say name it gives the very hard character in this show and also it is a hit show and people loved very much for this reason fans are also eagerly waiting for season two.