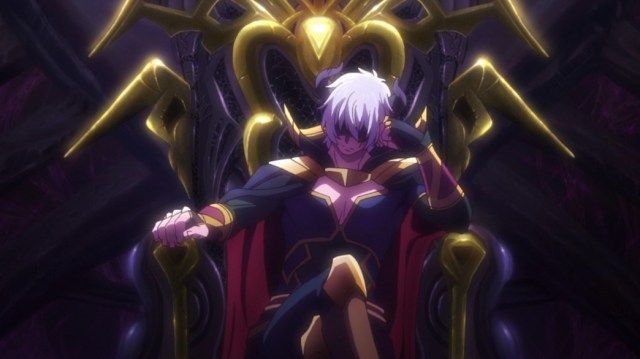 Anime like How Not to Summon a Demon Lord

Isekai anime ‘How not to summon a Demon Lord’ is a funny, most liked anime of all time. The anime is filled with funny moments and has some amazing harem subplots. The series is about a guy who is a top player of a virtual reality game called Cross Reveries. He was summoned to another world that is similar to the world of a game he is good at. When he went to that world he found out that he was summoned by two pretty girls who are willing to make him their slave. However, he was too powerful for the spell to work on him. The spell instead gets a reverse effect. The series follows his adventure in this world, along with some love twists and pretty female characters.

Furry Anime: Best of All the Time WATCH NOW!!!

The anime is set up in a plot where the Elder Tale is a popular MMORPG (massively-multiplayer online role-playing game). The game is played by many people and is quite popular in Japan. Somehow, suddenly thirteen thousand people get trapped in this game and are unable to get out of it. The protagonist (Shiroe) of the anime also gets trapped inside the game, he was shocked and disturbed at the start but soon he started exploring the world he got trapped in. He then tries to solve the problem he gets into with other gamers and NPCs. His friends join him in this quest. Naotsugu along with ferocious assassin Akatsuki, for whom Shiroe is a master, make sure that this world becomes and remains stable.

The anime is a fantasy and harem theme. The plot of the anime is similar to How not to summon a Demon. If you like to watch adventure and some ladies around the main character then this will be a perfect choice for you. The main characters have stuck in a game-like world, from where they struggle and become powerful throughout their adventure.

Ichirou Suzuki is the protagonist of the anime. He is a programmer and works as a beta tester for games. At the starting of the series, he struggled a bit because of his overtime work at his job. Suddenly, one day when he wakes up he finds himself totally in a different world, where he found that the world is similar to the world he has been beta testing, last time. He has been named Satan in this game world, which he has chosen for himself for the beta testing of games. The story further develops when an army called Lizardmen attacks him and forces him to use a powerful spell. He after defeating them, boosted his power up to310. This new power does make him an alpha character in this anime and he decides to explore more from this world. This is one of the best Anime like How Not to Summon a Demon Lord. Death March Kara Hajimaru Isekai Kyousoukyoku is one of the best movies in anime series and in this film gain a lot of success and very much love with this Death March Kara Hajimaru Isekai Kyousoukyoku movies.

Mature Anime: Best Of All Time | Check Out the List WATCH NOW!!

Next to our list of Anime like How Not to Summon a Demon Lord is, Overload is an anime with a huge fanbase. The audience has loved the show. It is also a game-based anime where the protagonist gets stuck into a game. Although this anime is not as funny as ‘How not to summon a demon lord’. The anime revolves around a massively famous virtual reality game called Yggdrasil. The player of the game gets trapped inside the game and the server is going to shut down forever. The character Momonga is a powerful wizard. He decides to spend his time with it until it shuts down. But he still plays the game after midnight and finds out that he is the strongest and most powerful character in the game. He also finds that the game’s characters are developing their personalities. From there his journey goes on. If you like adventure then you should watch this Anime like How Not to Summon a Demon Lord.

If you want to see a light-hearted character, who is not serious in most situations, similar to ‘How not to summon a demon lord’, you should watch this anime show which is an Anime like How Not to Summon a Demon Lord. The story of the anime goes like this, there is an average corporate worker who has never got lucky when it comes to women. One day when he has been killed by someone instead of going to heaven or hell. He ends up in a different fantasy world. In this world, he is not a human as always. He turns into a monster, a slime monster who gains the power of anyone he gobbles up. The anime is about the adventure of this slime monster in this new fantasy world.

After having a laughable death. The main character of the anime (Kazuma Satou) enters the world of fantasy. A goddess has asked him about his choice between heaven or a fantasy world. He chooses the fantasy world and has a task to finish a demon king. He got Aqua along his side, who is however useless.