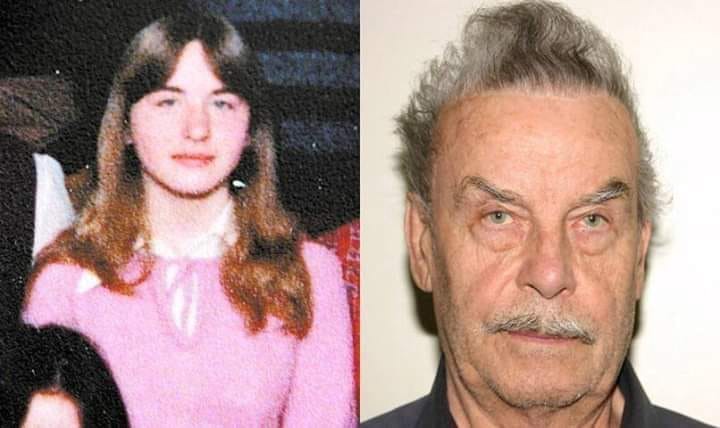 Is Room Based On a True Story?

In the movie, Room, Brie Larson plays the role of Ma, a woman who had been kidnapped by a stranger during her teenage years.  She had been kidnapped and imprisoned in a single-room garden shed for years. When the story in the movie takes place, seven years have already gone by in captivity. She had been repeatedly raped by her captor until finally, she gave birth to a son, who by the time the story takes place was five years old. The 10’ by 10’ room where they are held is the only world for little Jack. He does not know anything outside it. The mother and son struggle to pass the time and stay sane, all while contemplating methods of escape. And finally, luckily enough, they do come up with a plan. It is truly painful seeing the way this woman tries to be a good mother, all while staying in complete captivity and under a tremendous amount of torture. What hurts your precious heart even more while watching the movie, is the fact that it all feels so real. And sure enough, you have heard of certain similar cases like this for example the Jaycee Dugard case where an 11-year-old girl, Jaycee was abducted and remained missing from 1991 to 2009, or the infamous case of the Ariel Castro kidnappings in which the kidnapper, Castro kidnapped three women and managed to keep them hidden for about nine to eleven years, in a room locked and bloated from outside. Know below that Is Room Based On a True Story?

Therefore time and again, since the release of the movie, Room in 2015, people have been asking “Is Room based on a true story”? Many have drawn a connection of the movie to the case of Jaycee Dugard. But Dugard herself said that although there are similarities in the story because of the common case of abduction and imprisonment for years, the story behind Room is definitely not based on the story of her life. But well, that isn’t the end of it. Let’s see what the author of the book the movie is based on, had to say about it. Is Room Based On a True Story?

Is Room Based On A True Story?

The popular movie, Room is based on the best-selling novel by Emma Donoghue who is also the writer of the screenplay of the film. Is Room Based On a True Story? Although Donoghue made her own characters and created events in the story, there is a reason why it all feels too real. Emma Donoghue had told The Guardian in 2008, that the story of her novel was actually inspired by a real-life incident. She had been triggered by the disturbing Fritzl case and being a mother, that was what inspired her to write the book, thinking about the trauma the child who has never seen the outside world must have gone through. So let’s take a look at the real cause behind the popular thrilling yet a heart-wrenching movie. Is Room Based On a True Story?

Is Room Based On a True Story?- the Fritzl Case

In 2008, the terrifying news hit the headlines in Austria, of a father who had kept his daughter captive for 24 years and repeatedly kept raping and torturing her.

Elizabeth Fritzl spent 24 years of her life in imprisonment bearing tremendous torture by a monster, Josef Fritzl, who was none other than her own father.

When Elizabeth Fritzl was 18, her mother, extremely worried, filed a report to the police regarding the missing of her daughter. For weeks no one knew where Elizabeth might be. There were no clues left behind either. And then one day, a letter arrived from Elizabeth saying that she was tired of her family life and so she had decided to run away.

Elizabeth’s father, Josef Fritzl told the police that Elizabeth had previously talked about wanting to join some religious cult. Therefore with no more clues, the missing case of Elizabeth Fritzl reached a dead end and finally ran cold.

But here is the truth that came out years later about Is Room Based On a True Story?.

On August 28th, 1984, Josef Fritzl called his daughter to their basement. He had been working on a door to their newly renovated cellar and needed some help carrying it. After she helped him install the door, he knocked Elizabeth unconscious with an ether soaked towel and threw her in. The door was the final piece of the dungeon Josef had been building for Elizabeth since she was 12. According to Elizabeth’s statement later, Josef Fritzl had been giving his daughter “nightly visits” since she was just eleven years old.

For the next 24 years, the four-walled room of the basement was the only place Elizabeth spent her time in, and soon with time, the outside world forgot the missing girl’ Elizabeth.

The cellar dungeon was soundproof and had electric locks installed which only opened with the help of a secret code. Elizabeth never saw daylight in the windowless dungeon and would occasionally be forced to write letters for his family which Josef would get postmarked from far away locations.

Over the years, Josef Fritzl raped her regularly and fathered seven children. As far as the rest of the Fritzl family was concerned, Josef Fritzl was a very hardworking man who spent a lot of his time in the basement working on the machine parts he sold. He would head down to the basement every morning at 9 a.m. to draw plans for the machines. Sometimes he would even spend the nights ‘working’. He would never allow anyone in his basement.

According to Elizabeth Fritzl, her father was a monster. For the first two years, he left her alone, captive, all by herself. Then he started to regularly rape her. Every week, at least thrice, he would pay her visits. Two years into her captivity, Elizabeth got pregnant by her own father. However 10 weeks into her pregnancy she had a miscarriage. Over the years, she gave birth to 6 children. Three of them were left with her in the basement, while the other three were taken by Josef.

Josef Fritzl went into elaborate plans to prevent his wife from getting any kind of suspicion about the babies. He would place the baby at their doorstep with a note from Elizabeth saying that since she isn’t capable of handling a kid, she is leaving it with her parents.

The couple then took care of their grandchildren. Then very well everyone knows the answer of Is Room Based On a True Story?

The story finally came out when the oldest daughter of Elisabeth Fritzl became seriously ill with a kidney condition. Elizabeth Fritzl convinced her father to take her to the hospital, where the staff suspected something was wrong with the girl and had to put her in a coma.

The police were alerted and there were advertisements all over the news for the mother to come forward. The police thought they were dealing with a case of child abuse. Finally, after a lot of persuasions, Josef Fritzl let his daughter go to the hospital to pay the girl a visit, where Elizabeth found the police and opened up to them about everything that was going on.

The other two of her children were quickly rescued from the basement.

Eventually, a trial took place, and Josef Fritzl who was 73 by that time was sentenced to life for his crimes.