The Forest Ending Explained. Do Sara really died? What happened to Jess? CHECK OUT!!!

The forest is a horror movie that presents a thrilling story. Its story revolves around the infamous Aokighara Forest in Japan. The forest has also be called the suicide forest because it has reported several cases of suicides and has also become the world’s most-used suicidal site. However, some people believed that weird things happen because the forest is hunted by its locals. The show leads the story of the farmer who had entered the forest in search of the missing people.

The plot of The forest

Supernatural drama The forest created by Jason Zada premiered in 2016. Natalie Dormer of Games of Thrones fame is also a part of the show. She plays the role of two twin sisters portraying two different characters, Sara and Jess. Sara in search of her sister gets into the dense forest of Suicidal forest. She however won’t expect that there would be some supernatural being who lives between the trees who will take hold of her with auditory and visual hallucination.

The Forest is one of the best movies who played with Jason Zada’s in 2016  it is an international horror film In this movie one of the best thing hallucinations not of this world so that there is going to twist with a new ending This is a different level of horror movie you can see it.

This is the best horror movie Jason Zada’s 2016  is a very natural super film that makes you so much interesting S that when she was going to search for her sister in their forest she didn’t expect that she find a supernatural which is lives between the trees to take hold of her with their audit and also a very visual hallucination.

After getting the news that her sister has entered the forest of Aokighara in Japan, she travels to Japan to save her sister. As the place is already declared as a suicidal site, Jess had low chances of survival. Sara on the other hand has believed that she is going to find her sister and she has also felt that her sister is still alive. They being identical twins is the reason for her inner voice.

After arriving in Japan she decides to enter the forest even after the warning of many people, the locals, and even a park guide named Michi (Yukiyoshi Ozawa). She, along with the guide and a man she met named Aiden (Taylor Kinney), entered into the forest.

The moment she enters the forest she has started experiencing hallucinations, controlled by some supernatural entities. This supernatural being is the way to her end. The supernatural powers she experiences just after entering the wood are called yūrei. These yūreiare the spirits of the ruined according to the Japanese folklore. Anyone who has committed suicide or died in a traumatic way is called as yūrei. And as the forest has been known for suicidal tragedy, the forest is filled with these kinds of spirits. If one of these spirits senses a negative thought in any form, it can enter the world and can push the situation to meet an end.

Michi has also experienced the presence of yūrei even before entering the forest, she also warned Sara not to enter the forest as she appeared to be sad for no reasons. The spirits at the beginning of Sara entering the forest have hallucinated her to a level where she tries to kill herself. Going ahead Sara sees a closed room. Later a note slipped out the room informing Sara that Jess is in the room and that Aiden has held her captive. She, despite that, ends up killing Aiden with a knife. Later she recognized that she has been hallucinated and has killed Aiden out of the hallucination. Moreover, the door opens to another hallucination where she sees her dead parents. The hallucination shows her that his father had killed his mother and now is coming for her. Her father’s spirit holds her hand, she to save herself had to cut the wrist of the spirit with a knife.

Sara at last has met Jess. She saw her running out of a ranger station. Sara tries to stop Jess, but she doesn’t listen to Sara. However, Jess ends up making her way to the search party. She was alive and was rescued. Unfortunately, Sara was not appealed to survive. She realizes that she has lost her life. Her father grabbing her wrist was just a hallucination she had ended up cutting her wrist, because of which excessive blood loss had taken her life. The Ghoulish hands grab her feet and pull her underground. Mishi while glancing last time into the forest saw her sister with a demonic face. 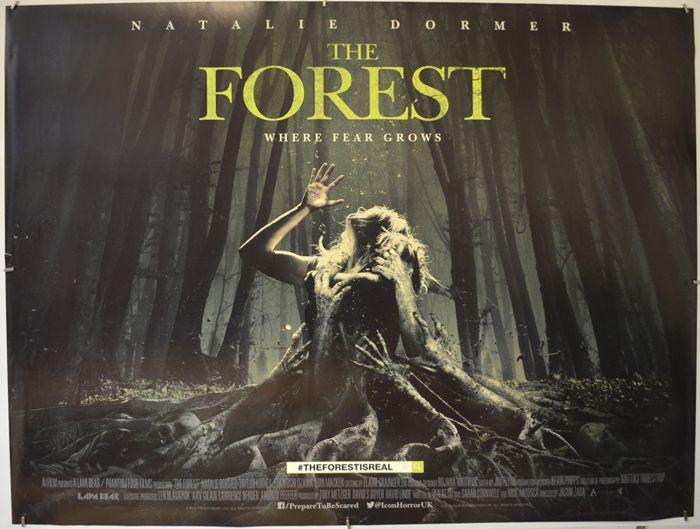 The ending of the film is quite simple with an open ending. The film takes time to develop its premise, allowing viewers to engage with the story from time to time. However, the final forty minutes has kept the audience in their chair thrilled. In the finale scene where Mishi saw Sara with a demonic face and let out a scream. The end of the finale scene ended with several questions. Did Sara turn into a spirit?  Did she die? Was the forest haunted?

Unfortunately, she died. While saving Jesseca she risked her life and died hallucinating herself. According to some viewers, there is an unclarity that she died. However, Jess’s last words explain the fact that Sara died in the forest. In unbelieving of whatever happened, she couldn’t believe that Sara risked her own life to save Jess. In the end, she glanced into the forest and said” That’s it. It’s silent.

As both, the sisters were identical twins Jess’s last words pretty much explained the death of Sara. Being identical twin both the twin sister can feel the supernatural connection with each

Other. When Jess Said “it’s silent” this indicated that she no longer was in connection with her sister and there was just silence without her sister’s presence. Hence, the silence stands for Sara’s death.

However, Sara died from hallucination and cutting her wrist. Excessive amounts of blood loss had left her with no life. The forest highlighted the emotions a person experiences after the loss of a loved one. The portrayal of the emotion is quite good, as the climax has left every single audience in deep sad emotion.

The movie is a thriller-horror film, with a lesson from Japanese folklore and an insight into the culture of Japan.