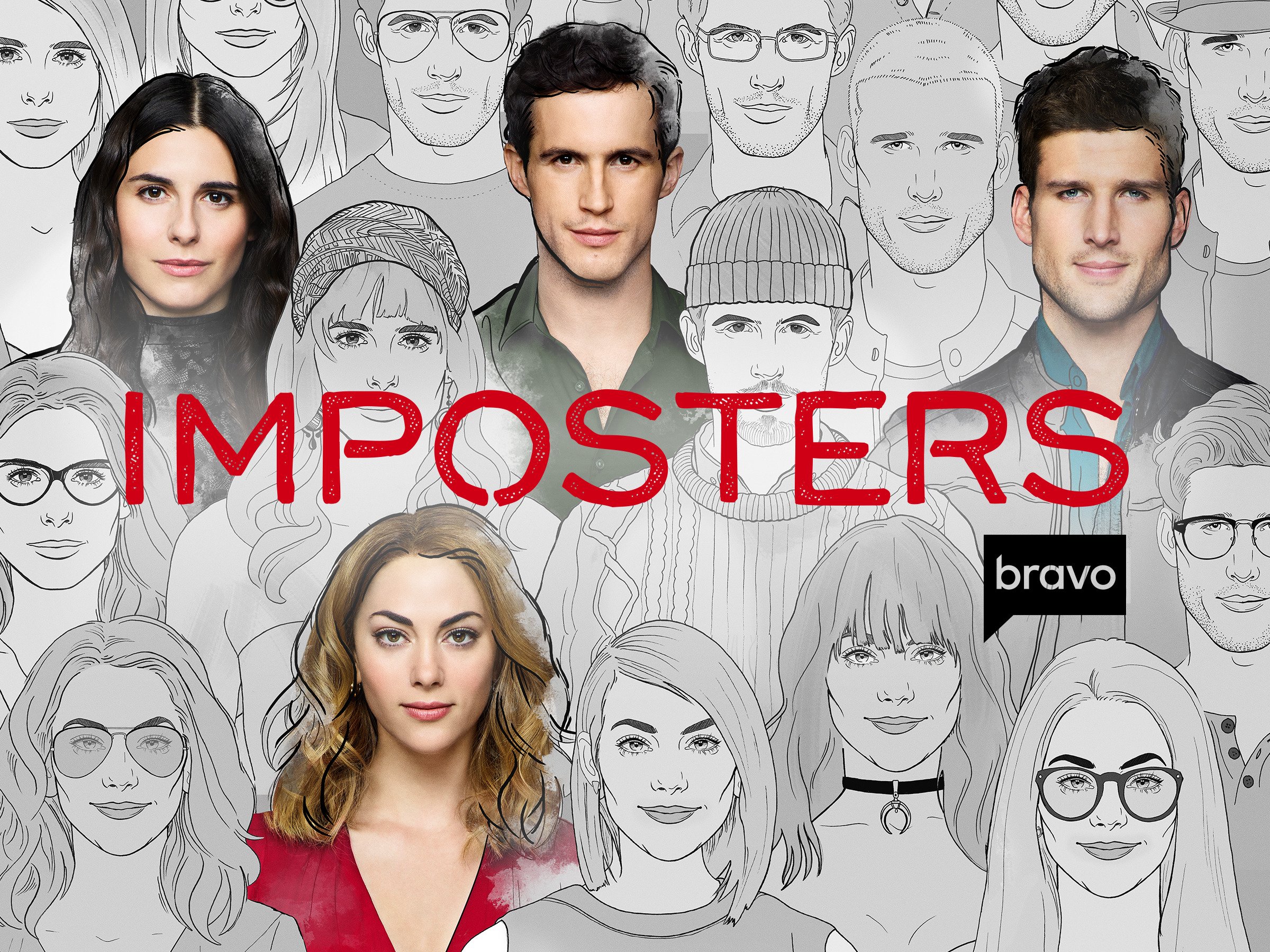 If you are a fan of dark comedies, you must have surely watched Imposters or at least heard of it. Imposters are one of the best dark comedies to exist, and fans cannot wait any longer and are ready to do anything to get Netflix to adopt it as a Netflix Original series, and renew the show for Imposters Season 3. Well, seeing how things are going, it seems maybe Imposters fans are in luck, after all. Chances are existing for an Imposters Season 3. Read on, to know more.

New fans were wondering if the Imposters Season 3 would ever happen after finding the series on Netflix. Back in 2017 and 2018, this series premiered 2 seasons on Bravo. Netflix streamed the series after both seasons wrapped up on the network and it garnered a huge fan base.

But is this enough for the third season of imposter? This is a mystery drama that follows Maddie a con artist who marries victims for their valuable property or money. Once when her job is done then she moves on to the next target and leaves them. To know more about imposter season 3 read our article below and know everything about season 3.

Imposters is an American dark comedy series. The show premiered in February of 2017 on the Bravo cable network. On April 17, 2017, the show renewed the series for a second season, which premiered in April 2018.

Imposters follow the story of a beautiful yet highly dangerous female con artist, Maddie ( starring Inbar Lavi).  Over the years, she leaves behind her a trail of poor victims, robbed of both their precious hearts and money. Maddie marries people and then disappears with all their money and jewelry. But she gets into a bit of trouble while dealing with her latest assignment- Patrick who was about to be her potential victim very soon if everything went smoothly as usual. And to complicate situations even further, former victims- Ezra, Richard, and Jules team up and gang up on her when they realize that they have all been scammed by the same woman.

What Makes Imposters Such a great show?

Imposters have drama and there’s a lot of mystery revolving around Maddie’s wicked boss known as “the Doctor,” but fans are also drawn to the series because of the comedy. The cast does a beautiful job, breathing life into each character. The whole show is pretty addictive and fast-paced, and the characters are quite relatable to an extent.

As soon as Season 1 of Imposters was wrapped up on the television screen, Netflix took it up for streaming. And since then the show has had a loyal fanbase who are absolutely hooked on the drama.

From beginning to end, season one was packed with lots of tension, action, and romance, and proved not only to be highly entertaining but an excellent escape from the real world and monotonous life. The complete season landed on Netflix ahead of the Season 2 premiere. 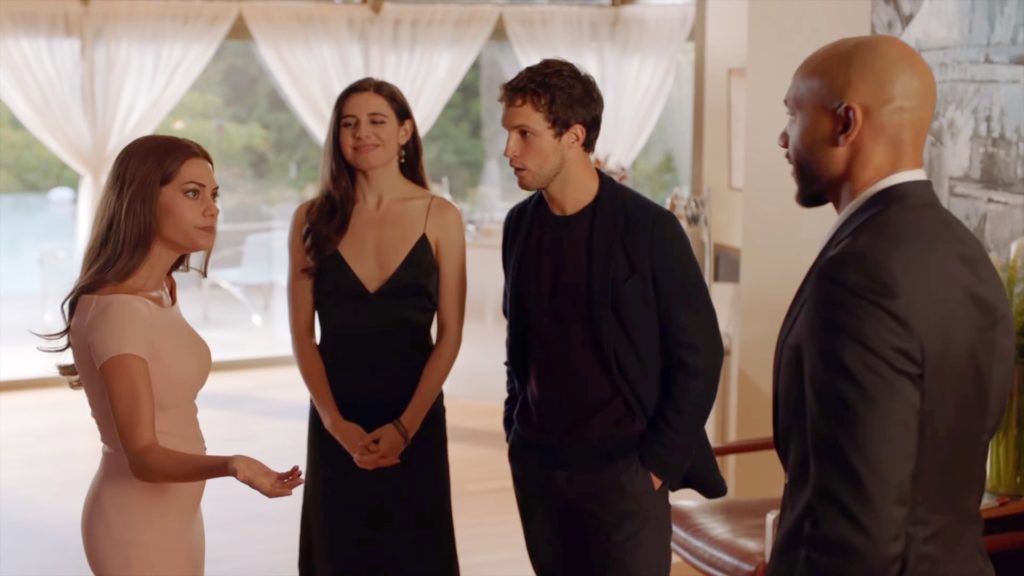 While it became quite a real fun to root for Maddie and watch her slip through an FBI agent’s fingers, she gets caught, ultimately, just as she deserved to. Though fans of the show can pretty much understand, somehow or the other she’ll find a way to set herself free again. She is not the type that can be shut in for long. And waiting to see that is quite a thrill. Another chase finally came to an end as The Doctor met his justified demise. But will Ezra fill the shoes of The Doctor now? We do not know with all certainty yet, but we definitely would love to see something like that. His character has gone through remarkable change and has come to a full circle, with the whole story unfolding. His journey has been one of the show’s most interesting parts. Heaps did an excellent job bringing every little step of that transformation to life, but really, every actor on this show gave their absolute best, and that is what makes this show so incredibly good.

According to Deadline, the ratings and fan following of this American dark comedy series had dropped sharply when compared with its first season. And so this is what finally contributed to the abrupt ending of the show, leaving fans on the cliff.  Even when taking the drop in terms of ratings of the show in view, the cancellation of Imposters Season 3 seems pretty unexpected, because of all the loose ends and the unsatisfactory ending the second season of Imposters had left us behind.

As for now, fans all over the world are hoping Netflix picks up Imposters as an original Netflix series, just like it did with the series, You and Lucifer. Both of these were originally canceled series which Netflix picked up and went forward with it, making it a Netflix original. And look how much fame they picked up! So it would definitely not be the first time that Netflix saves an almost dying show. Therefore, as for now, we are hoping the same for Imposters Season 3. In fact, fan Renata Barreto has launched a petition for Netflix to save the series and bring the characters for another season. So far, it has reached 45,000+ signatures. Fingers crossed! Here’s hoping Netflix hears us.

This is just an assumption though, after all, Lucifer‘s third season premiered in 2017 before being canceled in 2018. However, it did not take long for Netflix to renew it and the fourth season of this show was released in May 2019.

There has not been any kind of official announcement on Netflix’s part, as of yet.

Also taking into consideration the pandemic, and the global crisis we are going through, and the way it has affected the television industry, it is quite probable, and will definitely not at all be a surprise, that we might even have to wait a little longer ( in case Netflix does listen to our pleas and decides to move forward with Imposters Season 3). 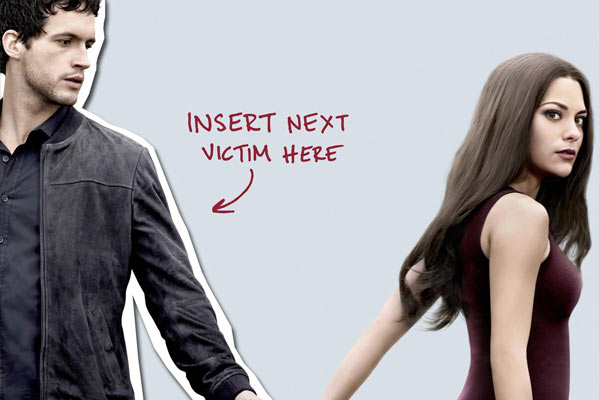 There is a lot of scope in terms of the storyline for the making of Imposters Season 3.

Knowing Maddie, it is predictable that she will manage to find her way out, but exactly HOW she manages to escape from the police is the question here.

Moreover, we see Ezra stepping into the shoes of The Doctor. The thought of Ezra as The Doctor itself is quite tempting to fans. And we cannot just wait to see, how the story unfolds further, and in what other pleasant ways can this show surprise us in near future.