Gadgetsblog
HomeEntertainmentWhat is Lorena Bobbitt's side of story? Is she releasing a movie on her lifetime. Know all the information. 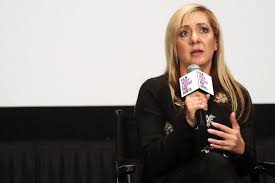 What is Lorena Bobbitt’s side of story? Is she releasing a movie on her lifetime. Know all the information.

Who is Lorena Bobbitt?

Many of us have recalled her as the woman who was domestically abused by his husband and to put end to that story once for all she is the same woman who is recognised by her act of taking a carving knife and cut the penis of his husband, John Wayne Bobbitt. this incident allegedly happened on the evening of June 23, just before she flew away from the apartment. This incident may have sounded a lot cruel and gruesome to the people but they just know her full story. Lorena Bobbitt was a normal citizen before she and her husband make it up to the headlines basically subjecting to rape, abusing and cutting off John’s penis while he was asleep.

Lorena wanted to tell her whole life story including every up and down she has to go through including her childhood featuring every single aspect of her life from which she was pulled above by herself only. The film will also feature her story with his husband that how a young immigrant just falls in love for a man in uniform and every part and moment was just going beautiful and colourful then the time came when the darkest phase entered her life and was dominating and destroying her life at such high level that she has to commit such a cruel crime of her life. She also says that there were many times that no one was ready to listen to her side of the story and were continuously judging her based on her acts and that’s when she just decided to launch a film on her life which will feature all her life moments happy as well as sad. Her lifetime movie will gonna be launched by the name “I was Lorena Bobbitt”