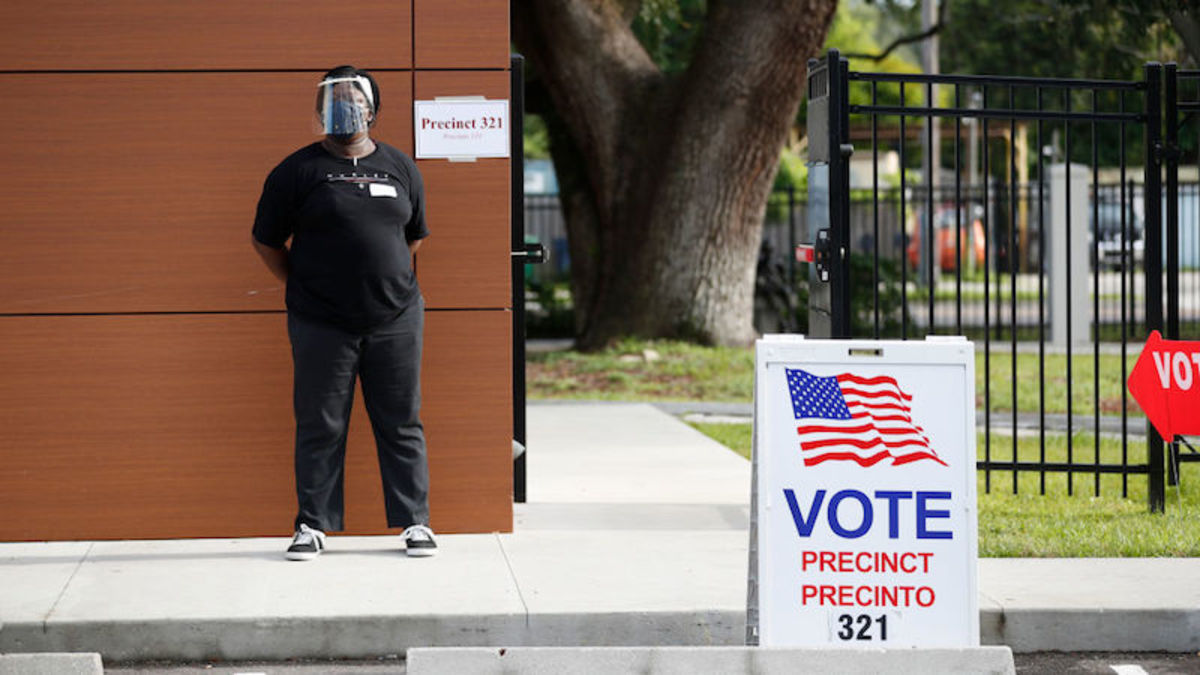 If you saw a new popup message when you opened Facebook recently, don’t worry: It’s not a hoax. In a bid to make up for, eh, letting the Russians run rampant on its platform before the last presidential election, Facebook has launched a poll worker recruitment drive this weekend.

The measure is part of the social network’s voting information campaign, which CEO Mark Zuckerberg says aims to help four million people register and vote. Finding enough poll workers for the November election has become an issue of high importance in recent months as older voters over 60 years old, who made up nearly 60% of volunteers in the 2018 general election, scrap plans to volunteer because of the novel coronavirus pandemic.

In a Facebook post announcing the recruitment drive, Zuckerberg said that the pandemic would cause this election to be unlike any we’ve ever seen.

“Voting is voice, and in a democracy, it’s the ultimate way we hold our leaders accountable and make sure the country is heading in the direction we want,” Zuckerberg said.

How exactly will Facebook’s poll worker recruitment drive work? Per Zuckerberg, Facebook will show users over 18 in the U.S. a message on top of their news feed encouraging them to become a poll worker. The message will include a link to their state’s poll worker registration page. In addition, Facebook said it had provided free credits to every state election authority to help them recruit poll workers on the social media network.

Officials in several key battleground states told ABC News this week that they are still short thousands of workers. Fewer poll workers could lead to fewer polling locations, which would lead to longer lines at voting sites. Election officials estimate that the U.S. will need 460,000 poll workers this year because of the pandemic, according to the Journal.

At first glance, this seems to be a pretty harmless and actually helpful initiative from Facebook. However, as you all know, with Facebook, you have to take things with a grain of salt. This is the same company that put labels, instead of removing, on President Donald Trump’s ludicrous posts encouraging people to vote twice, which is a felony in 28 states.