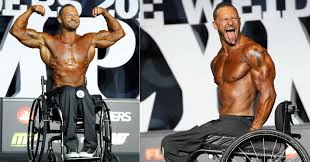 Joshua Foster was found dead in his home on Thursday, May 21. As per the information, sources tell that his death was natural. Though it has been really sad to say that this month has been tough for the bodybuilding and fitness community. Joshua Foster was commonly known as “THE FREAK” of Birmingham, Alabama – USA. Joshua grew up spending his days like most boys of his age. The real adversity he faced was having asthma, but that didn’t stop him from playing sports like football and baseball all the way through high school.

After high school, he worked at small companies in the southern part of the United States. When he was not working, he used to spend most of his time in the gym with his older brother in the basement of his house though he also enjoyed being outdoors. On March 30 march he met a car accident and was admitted to a hospital in Birmingham, Alabama. He had spinal cord injury and broken ribs and scapula. He spends four days in the intensive care unit before being transfer to patient therapy and was released from the hospital after a month. After that, he spends his time and performing most of his work on a wheelchair and working out his body. While pursuing that he was also thinking to participate in a wheelchair bodybuilding competition and became more independent of performing his regular stuff. Joshua worked hard on his health and his body for months setting the goal in his mind of participating in wheelchair bodybuilding at the professional level. He trained himself in all his way and encourage himself to achieve his own goals. And one can proudly admit that his dedication really paid off and he started to get offers for the companies and some great accomplishment were achieved by him and took part in his record. In 2015, he got the pine belt classic overall and Vulcan classic overall. In 2016, he became the wheelchair national’s middleweight/overall winner and the international federation of bodybuilding and fitness (IFBB) pro card recipient.