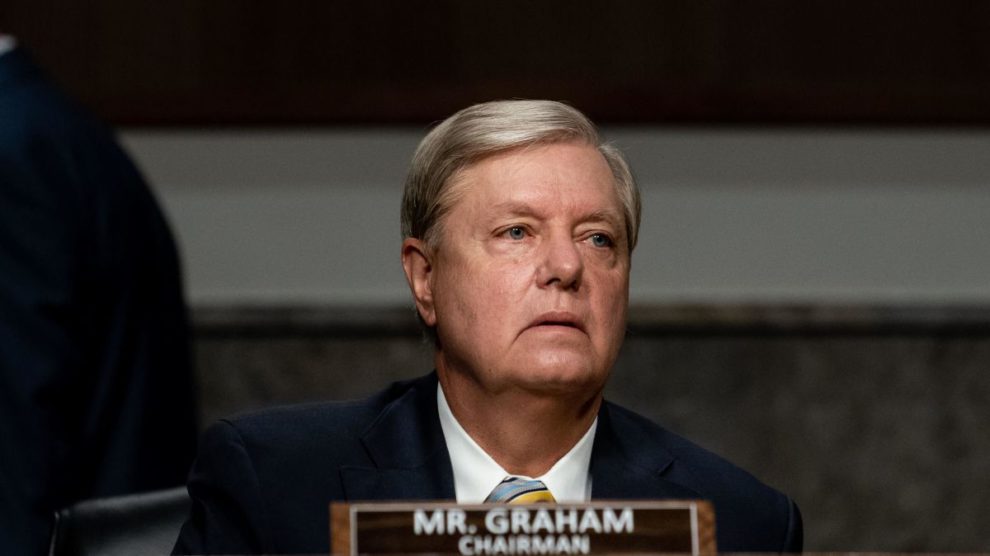 Republicans in the Senate unveiled the party’s latest piece of political theater attacking Section 230 of the Communications Decency Act on Tuesday—the latest in a string of GOP proposals that are either legal gibberish or dead on arrival so long as Democrats have strong footing in at least one chamber of Congress.

Senators Lindsey Graham, Roger Wicker, and Marsha Blackburn have introduced the Online Freedom and Viewpoint Diversity Act, which would open the door for more lawsuits over deletions, bans, and other moderation decisions by modifying key sections of Section 230. Currently, Section 230 (c)(1) establishes that online service providers—a category including everything from Facebook and YouTube to web registrars and hosting firms—aren’t liable for content uploaded by their users in most circumstances. (This protection is unconditional except for limited carve-outs like copyright violations and illegal content like child sex abuse material or animal torture.) Section 230 (c)(2) separately establishes a similar legal shield when service providers act in “good faith to restrict access to or availability of material that the provider or user considers to be obscene, lewd, lascivious, filthy, excessively violent, harassing, or otherwise objectionable, whether or not such material is constitutionally protected.”

In effect, Section 230 prevents websites from being treated as the publisher of a random user’s content or being sued over their moderation decisions in most situations. It’s foundational to the modern internet, whether one thinks the results are good (enabling innumerable public forums across the web) or bad (shielding massive, unaccountable companies like Facebook from responsibility for reckless behavior). Democratic presidential nominee Joe Biden has said he wants it revoked. On the Republican side, many have bought into a conspiracy theory that liberal tech companies are working to purge the web of conservative thought—a belief vigorously encouraged by Donald Trump. As Section 230 deals directly with content moderation, it’s been the preferred target for Republicans who want social media sites to treat conservatives as a protected class.

Trump’s Department of Justice has hinted at taking some form of action related to Section 230, while Trump himself has issued a nonsensical executive order tasking the Federal Communications Commission investigate and take action against sites unfair to conservatives. Other proponents of wrecking the law have included Senators Ted Cruz and Josh Hawley, the latter of whom has championed incoherent legislation that would force sites to be “politically neutral.”

The main provisions in the OFVD Act narrow sites’ liability protections for moderation decisions, removing the “otherwise objectionable” language of (c)(2) and replacing it with more specific categories: “promoting self-harm, promoting terrorism, or unlawful.’” The bill also modifies the line so that liability no longer applies when a site “considers [content] to be” in those categories, but only when it has an “objectively reasonable” belief it does. Another modification includes a section that appears to strip the protections when a service provider’s moderation efforts effectively “editorializes,” whatever that means.

“The bill also seeks to discourage online services from “editorializing” about user content,” Goldman added. “I’m not sure what “editorializing” means in this context—the term isn’t defined in the statute or the law. It seems like the bill seeks to discourage online services from fact-checking disinformation, warning readers about content from foreign state actors trying to undermine our democracy, or otherwise highlighting good user content or warning against bad user content.”

Goldman added that if service providers couldn’t moderate the “will become nonfunctional,” writing that it would be more accurately titled the “Troll Freedom and Malefactor Diversity Act.”

Internet Association official Elizabeth Banker agreed, telling the Wall Street Journal stripping the “otherwise objectionable” clause would “make it harder, not easier, for online services to remove content like misinformation, platform manipulation, or bullying that’s neither illegal nor in the bill’s new description of allowable moderation.”

Republicans currently hold the Senate, but not the House. The bill has dim prospects unless the party regains control of both chambers in the 2020 elections from the Democrats, who aren’t likely to sign on to the Section 230 reforms preferred by the GOP.

“Social media companies are routinely censoring content that to many, should be considered valid political speech,” Graham told the Journal in a statement. “This reform proposal addresses the concerns of those who feel like their political views are being unfairly suppressed.”