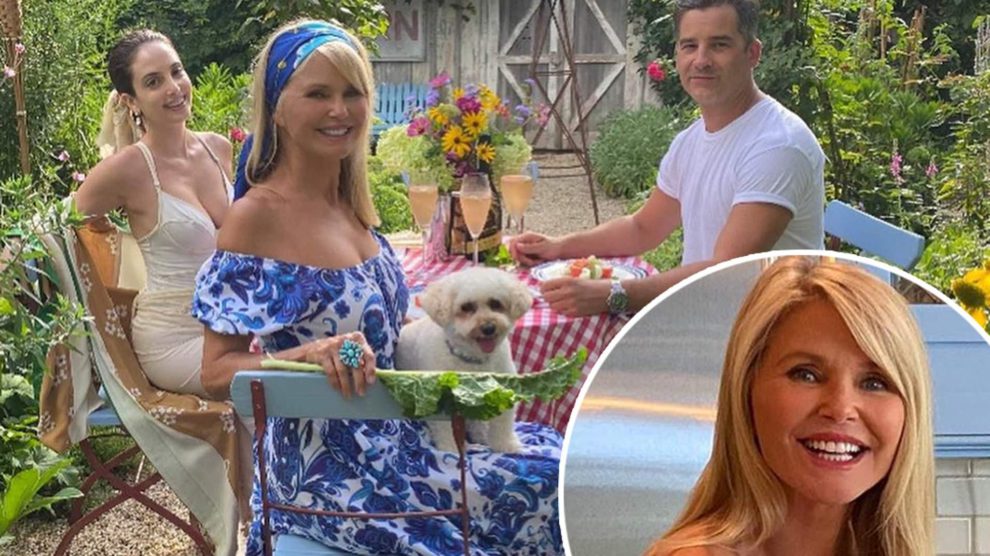 Chanchal
2 Min Read
CHRISTIE BRINKLEY had arranged a backyard brunch for her elder daughter and daughter’s fiance. This brunch was so beautifully organized by a beautiful mother Christie Brinkley on Tuesday. Christie Brinkley is one of the most famous actresses in America. She is a great entrepreneur. She is 66 years old and loves her children equally. Christie is happy to become a mother in law of Ryan Gleason. She is a supermodel and big media personality.

During this pandemic, all work has been postponed and canceled as well as christie’s elder daughter’s marriage has also been delayed. This is really sad for any groom and bride. This coronavirus almost spoiled everything. But a super mom can do anything for her children. Christie has three children named Sailor Lee Brinkley cook, Alexa Ray Joel, Jack Paris Brinkley Cook. Christie’s daughter, Alexa ray’s marriage, has been delayed because of coronavirus. Alexa is going to marry Ryan completing her 5-year long relationship with him. She got engaged with him. And the marriage has to be awaited. Around these tensions, Alexa is distraught so Christie decided to organize a backyard brunch at her Hampton mansion in which they served cucumber and watermelon salad. Christie had taken help from her son in law, who is a restauranteur. There was an amazing recipe made by both of them. it looks beautifully prepared tasty foods.

Brinkley shared this moment on yahoo life and wrote a caption “even if you can’t get to the beach this summer, it’s important to bloom where you’re planted.” In this, the three of them look so beautiful and Christie wore a blue off-shoulder dress. Her daughter wore a beautiful white dress as a bride and the groom was not dressed up. He just wore a short and a t-shirt.

The photo is too beautiful and both the mother and daughter duo look pretty in these dresses. Please keep reading to know more about her and other celebrities. We will let you know about everything like environment, crimes, etc.
TagsAlexa Christie Brinkley Marriage