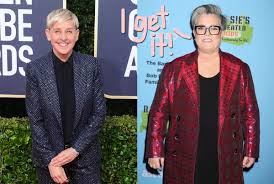 Not every word can hurt people but sometimes the actions show the original feelings of others where the same scenario happened in this incident. Every person wanted or unknowingly hurts others by uttering or by actions which can make others somewhat uncomfortable where the award situation brought by Rossie ODonnell to Ellen DeGeneres.Let’s check out the article to know more!!!

Ellen DeGeneres is the famous celebrity of America where she is also known as a bold lesbian couple where her wife supports her in every aspect. Noe ellen is alleged for social awkwardness by Rossie who just wanted poke ellen where the situation is seen. 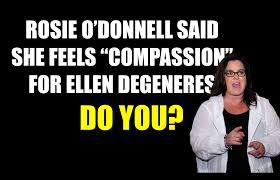 Rossie O’Donnell weighed in on the recent controversy surrounding Ellen DeGeneres.Rossie claimed on ellen because the incidents also showing like that where the employees and producers of ellen say so which made the statement satisfactory which in turn started as a boon to Rossie because of that in a recent interview ellen replied as she clarifies all the answers of fans who are supporting her from seventeen years which is not a small journey where her fans are answerable to the rumour’s circulating on her!!! 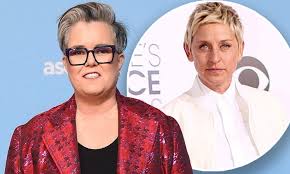 Ellen DeGeneres is also followed by numerous complaints of her workplace toxicity related to her “EMMY-WINNING PROGRAM”. But a lot has changed in Ellens’s work where the employees started complaining about the toxic work environment in ellen’s show where many of them complained about racism and sexual harassment.

Many of us assumed wrongly about Rossie O’Donnell where she supported ellen for her awkwardness socially because according to Rossie ellen faced a lot that’s why Rossie is having compassion against ellen where ellen had faced very bad in her life which results in her teenage, accepting her as a lesbian and many more which today become and turn to be social awkwardness. 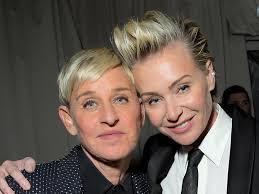 Concluding our article I’m saying that”DON’T EVER JUDGE A BOOK BY IT’S COVER”.