Gadgetsblog
HomeTop TrendingAs the elections approach, Donald Trump granted pardon to Alice Johnson who was convicted for possession of drugs. 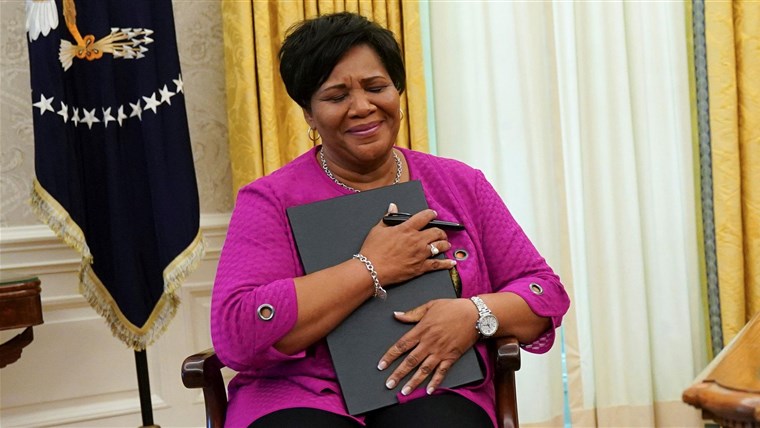 As the elections approach, Donald Trump granted pardon to Alice Johnson who was convicted for possession of drugs.

Trump hasn’t been making any statements regarding the matters going around America relating to black lives. But recently, President Trump found the perfect opportunity to gain sympathy for the 2020 US elections by helping a black woman.

Alice Johnson, a black American resident was ordered a lifetime of imprisonment after she was found guilty for possession of illegal drugs and was also a part of money laundering. Alice was in prison for over two decades after she was caught with cocaine. However, a new life was given to Alice after she was freed from her punishment.

Reportedly, it was a very widely recognized celebrity, Kim Kardashian who initialled this. Kim has been known for working hard towards trying to give people in prison a new life if she feels that they have served their part and are repenting. For Alice too, Kim tried to do the same and this is the reason why she approached Donald Trump to consider Alice’s case and set her free.

After the pardon granted by Alice was overjoyed and thanked the president at the Republican convention. She appreciated Donald Trump for the second chance that she received in life in an emotional speech that she presented at the same convention. Alice also thanked god for the clear mind that she has now with his help.

After Jacob Blake was shot by the police, the people have been outrageous and constantly asking Donald Trump for answers however they have been unable to get any replies as he did not decide to comment on the same. However, as the elections approach, Trump has been trying his own ways to come off as a good leader to gain support and followers.