Gadgetsblog
HomeEntertainmentLook how Artem Chigvintsev and his beloved better half Nikki Bella are happy with their newly born baby boy. Click here and find out the details. 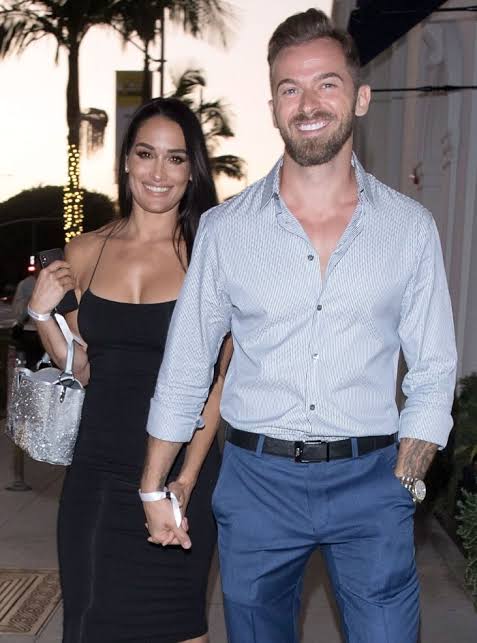 Look how Artem Chigvintsev and his beloved better half Nikki Bella are happy with their newly born baby boy. Click here and find out the details.

Artem Chigvintsev – one of the most excited and happiest people on the earth right now as he is experiencing things that he has never experienced before in his life. Artem and Nikki both became proud parents this year during the month of July. This new phase of their life is making them experience the feeling of parenthood and they are loving it – as said by Artem Chinvintsev.

While making his appearance on the show called Good Morning America, Artem revealed his current state of feelings concerning his newly born child. There on the set, Artem further added about him returning back to the twenty-ninth season of the dancing show.

The celebrity welcomed his newborn baby who is a cute son along with his beautiful wife Nikki Bella. According to Artem’s stated words, he seemed very obsessed with this new life of him that he is currently going through. Now let’s get deeper into the matter of Artem Chigvintsev.

Artem stated that this journey has been an entirely incredible one where both of them are getting obsessed more day by day. The father cannot believe himself giving so much love and time to someone at this point in life. They owe their happiness (Artem and Nikki’s) to their beloved son.

The thirty-eight years old father revealed the most challenging part of their life when Nikki has to feed in every thirty to sixty minutes to their beloved son. With a quirky smile, he further added that both of them (Artem Chigvintsev and Nikki) have forgotten what peacefully sleeping means now.

He took to his legit social media handle – Instagram to upload the image of his newborn baby holding his (Artem Chigvintsev’s) finger. People were showering love and best wishes to endure this new lifestyle of Artem and previous wrestler, Nikki.

Nikki Bella is all happy when the question comes of her spending time with her newly born baby. Its been for one year that both Nikki Bella and Artem Chigvintsev are together in love. During the month of January this year, the former wrestler – Nikki revealed the news of her pregnancy to the media.