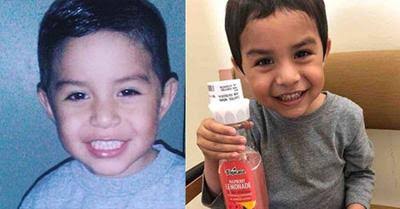 An innocent life was taken by his own parents in July of 2019. Noah Cuatro was a young boy of merely 4 years when his father Jose Maria Cuatro Junior of 28 years had beaten up the little Noah so much that he succumbed to his injuries. Noah’s mother, Ursula Elaine Juarez of 25 years was also reportedly a part of the hideous act that was committed.

The reason why Noah lost his life was due to the physical assault that he was a victim of by his parents. After Noah’s death when he was taken to the hospital, the parents did not have any regret of what they had done as they reportedly gave false statements in the hospital regarding the death of their child. Jose and Ursula claimed that their son’s death was a result of suffocation as he drowned in the swimming pool. However, when further the case body was checked, the doctors found no signs of drowning. The examination that came back did not show any percentage of water present in Noah’s lungs. It was observed that Noah’s hair was not even wet when he was taken to the hospital.

Infact, the medical examination clearly showed that there were signs of beating that Noah had experienced as his back was completely covered with various bruises. If Noah had died of drowning, there was no way that it could have been accidental but intentionally done by his parents.

The investigation proved that Noah had suffocated after he was beaten mercilessly after his pants were soiled. The medical reports proved that the child had his ribs broken, external as well as internal injuries and also had a liver laceration. 47 years of imprisonment was sentenced to Noah’s father after he was charged with one count murder as well as child abuse. This was because the medical reports concluded that the death of 4-year-old Noah was a homicide.