Gadgetsblog
HomeSportsVanessa Bryant and daughter Natalia get nostalgic and emotional as they write about Kobe Bryant on his 42nd birthday! 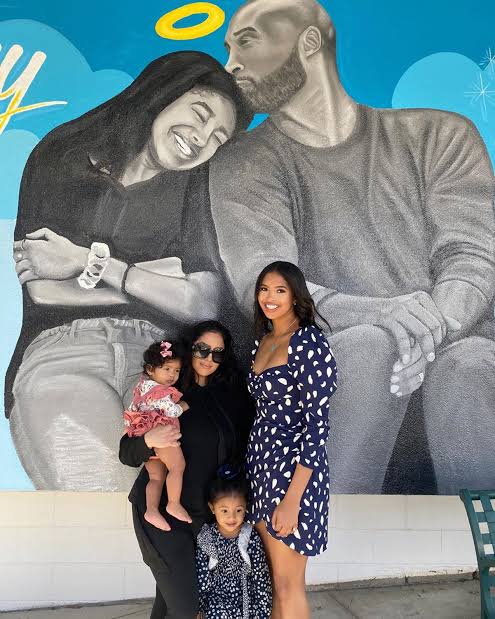 Vanessa Bryant and daughter Natalia get nostalgic and emotional as they write about Kobe Bryant on his 42nd birthday!

Out of all the reasons that did not act in favor of proving 2020 as a good year, the basketball fans and Bryant family were devastated at the beginning of the year when the news about the untimely death of Kobe Bryant and his 13-year-old daughter, Gigi Bryant. The sudden death was due to a helicopter crash that happened on the 26th of January, this year. His wife, Vanessa Bryant, was having a tough time dealing with the deaths of two of her loved ones at the same time. Vanessa and Kobe have four daughters, including Gianna who was a middle child. The eldest daughter is Natalia who recently turned 17. Then comes Bianka of 3 and Capri of merely 14 months.

As the legend of basketball had his 42nd birthday, the family and fans were filled with emotions. The despair could be seen by Vanessa in a recent statement that she made, which stated that she misses him and she feels the absence of him to celebrate the milestones that their daughters are reaching and would have been a matter of pride for Kobe.

In the heartfelt letter, Vanessa could not help but mention her little girl as she states that Gigi used to get very excited to celebrate Kobe’s birthday and shows strength by positively saying that she knows Gigi is still celebrating Kobe’s birthday and continues to state how she misses her daughter by calling her thoughtful.

Their eldest daughter Natalia also was a part of the emotional post as she mentions the nostalgic moments spent with her father. Natalia labels her as her best friend and states that she misses Kobe’s smile, laughter, and the warm fatherly hugs. She mentions the memories that they have together and ends the letter by sending him, love.