Black Lives Matter: cops fired 11 shot to a black man who is dead now, keep reading to know more about this

Black lives matter case has not been ended till now and now the cops again did the same thing to a black man. Justice is still not served by the judiciary to that dead person. … 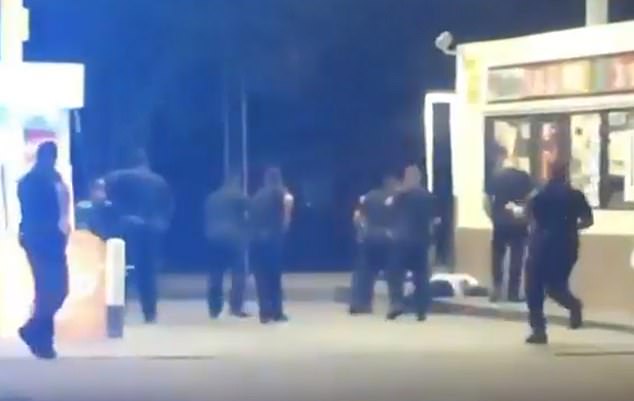 Black lives matter case has not been ended till now and now the cops again did the same thing to a black man. Justice is still not served by the judiciary to that dead person. And now Louisiana police shot a black man who died there. People are well aware of this thing of police that how are they killing black men from there. This incident also going viral or social media as well as on television news.

A black was dead now and shot by Louisiana police. This incident happened like that ‘a person was standing on a gas station where a dozen police came and warn him to put down his weapon and get on a knee but he refused and after this police shot him 11 times’. Yes, this is true police fired 11 shot on that man. He grabbed a knife at a shell gas station. That man was dead on Friday at 8 pm after fired 11 shots. After these shots, people got into worried and they started shivering and some confident people start to shoot a video of that incident. In this video clearly seen that black man has a knife and police warned him but he was trying to run and police shot him at the entrance of the shell station.

Many people were there and they are witnessed in that incident. Many people committed his confession that they have watched and one witnessed told that he heard ‘get on the ground’. Some said, “when I heard the gunshots, I couldn’t hold my phone like I was first filming”. And some said ” I feel kind of scared about it. I am traumatized. You are used to hearing about this, but I never thought I would experience it”.

Well, the cops investigating all the parts of this incident. Police didn’t tell who the man he was. And why it happened. Let’s see when will the police find out the identity of that man. Till then keep reading this page we will let you know more related to this and others.

Even after sacrificing, Heidi is knowing doors of Jury for help as Seal won’t let her take their kids to Germany.