Gadgetsblog
HomeEntertainmentLook What The American Rapper - Tekashi 6ix9ine Has To Say after his release. Here's everything that you wanted to know. 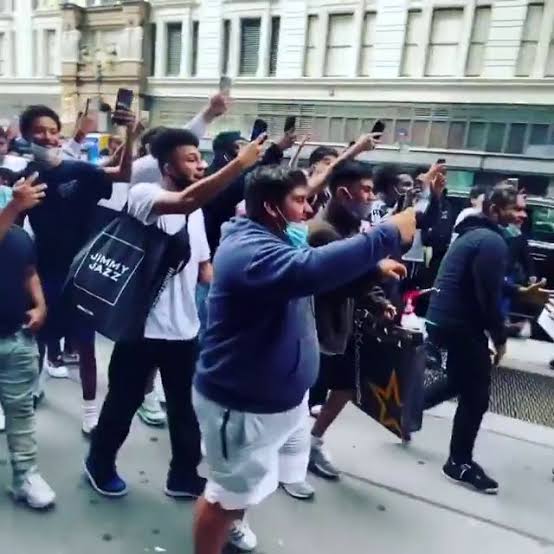 Look What The American Rapper – Tekashi 6ix9ine Has To Say after his release. Here’s everything that you wanted to know.

The American Rapper whose name is Tekashi 6ix9ine is recently very much popular in the news. His recent uploaded video is getting much attention from the audience and the public nowadays. In that video of Tekashi, it can be seen him roasting his enemies. Let’s find out more about the matter concerning Tekashi 6ix9ine.

The American rapper has been freely roaming around the streets ever since he has been set free from the arrest. Before Boosie Badazz had anticipated that it would be just a matter of time for anyone to follow up the rainbow-colored hair rapper soon after he gets released from house arrest.

The speculations also say that he ( Tekashi 6ix9ine) had a moment where all he ever felt was low during his house arrest time. Anybody who would have been in Tekashi’s place must have felt like that. He was going through a bad phase of his life as reported by Tekashi himself.

But it has been just a matter of days since the rainbow-colored hair American rapper has been freely roaming on the streets. 2nd of August is the exact date when he was set free to roam. But the discussion doesn’t end here as the rapper had to face certain problems after the release.

The problem that we are talking about here is a woman who knowingly fell in front of the American rapper. Soon after returning back, he was welcomed by a huge fraternity of fans and followers and in that exact moment, the woman tried to knowingly create a problem.

By taking to his official social media account he uploaded a video where the caption read that the woman who was trying to fall and acquire a lawsuit. That woman must have planned a way to spill out money from the rapper.

Even though nothing has been made clear regarding the matter. But it can be anticipated that the lady was trying to rush the rapper as he made his move towards his car like others were doing there. Again he took to his Instagram and shared what he has been doing all this while after getting a release.