Gadgetsblog
HomeTop TrendingThis dangerous theme park does not let the riders return without heavy injuries! It marks its place for being one of the worst theme parks ever! 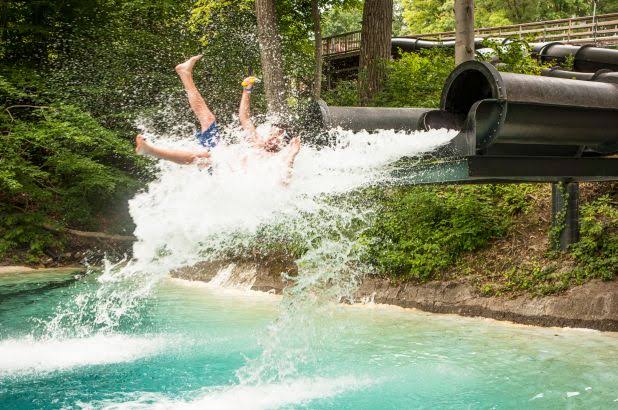 This dangerous theme park does not let the riders return without heavy injuries! It marks its place for being one of the worst theme parks ever!

When thinking of theme parks, the first thing that pops up in any individual’s mind is excitement and joy. But a thing which is also of great concern is safety of the loved ones. Most people come back from theme parks with a box of happy memories. But, this has not been the case for some people who went to enjoy the rides of New Jersey’s ‘Class Action Park’ and came back with ugly scars.

The rides from this park which has been titled to be one of the most dangerous parks, have not only caused people the pain of ripped skin, broken bones and losing teeth, but have also taken several lives due to malfunctions.

One of the riskiest experiences includes the Tidal Pool provided by the park which took a life each year on the stretch of seven years. Teenagers drowned in the pool due to its eight feet deep water with force of the waves so hard which would throw you against the walls. What makes it worse is that it can hold upto 1000 people together so drowning and suffocating becomes hardly inevitable.

The death that first occurred in 1980 was shocking to witness as a young individual of merely 19 years was hit in the head by a rock when the car he was riding on cane off the tracks. The car went flying while he was forcefully thrown at the rock. This accident happened because the car had failed to take a turn.

Another such cart experience was infamously known for the number of fractures it made the riders witness due to its lack of safety which included no helmets. A ride called ‘Roaring Rapids’ was no less than a nightmare for some as it did not only caused cardiac arrests but also electrocuted a poor 27 year old man.

Various other rides are also very infamous for the dangers that it exposed to the riders. These rides include Tarzan Swings which threw the riders in ice-cold water, causing them a shock-induced heart attack. Cannonball Loop Slide also checks the list with its loop at the end that would often get the riders stuck and heavily injured.