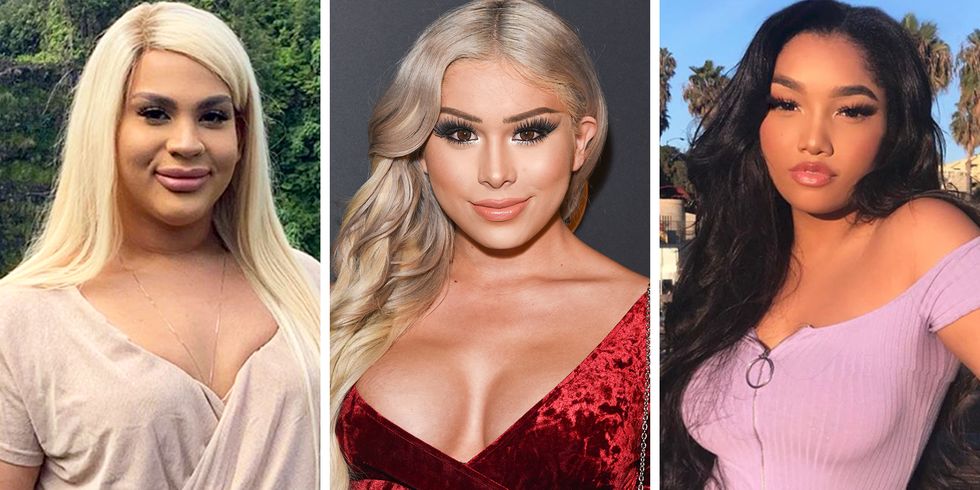 Eden Estrada is a youtube fame and Instagram influencer model. She recently posted videos on her Instagram handle where she and her friends were robbed and attacked by some men. The Trans women influencer faced the attack in Hollywood Boulevard on Monday morning. The police were reported at around 2 or 3 in the morning, and they immediately rushed to the scene. Eden Estrada and her fellow transwomen friends Jaslene White Rose and Joslyn Flawless faced the wrath by some transphobic people in the middle of the road at night time while they were waiting for for their transport. Read the full article to know more about the incident and how Tranphobic rage has grown in the United States for too long now.

Eden Estrada also is known as Eden the Doll reported on her Instagram stories that she is fine and OK after she faced a traumatising attack in the middle of the road at night by some inhuman people. She has sought Judicial action against those men. The police are still on the look for those men in the videos. The Los Angeles Police Department reported that they received a complain ton Monday morning and have not arrested anybody yet.

Eden The Doll, who has 340,000 Instagram followers, was seen in the videos being attacked by nearly six men in the scene. Her friends Rose, and Flawless, who are black Trans Women were also slurred at threatened by these men. The Men tried to chase them down and threw rocks at the Trans women. The men screamed obscenely, and one of the women could be seen confronting those men.

The men allegedly stole Eden’s phone as they were waiting for their Uber to come. On 17th, Eden posted a long post on her Instagram, which included a cry for help and the screenshot of the attackers’ profile. The attacker had posted the video on Instagram where they could be seen harassing these women as reported by Eden. The account was turned private sometime after they uploaded the video.