The divorce rumor of famous Kardashian and her husband Kanye West is in the news for a long time. The circulation of the news has been going on, however, turns out it might be … 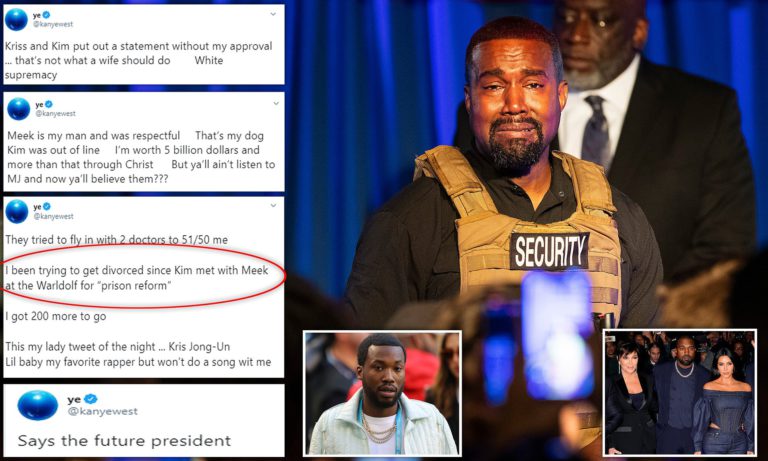 The divorce rumor of famous Kardashian and her husband Kanye West is in the news for a long time. The circulation of the news has been going on, however, turns out it might be true eventually. The sources are confirming the news by relating it to when Kim visited Kanye to clear the air on their rough patch. Although his rant and meltdown on Twitter sent cold waves in the family. There were speculations the rumor is actually true. Kanye took to the internet to share that he wanted to get a divorce long before but couldn’t. However, Kim was there to counsel him to seek treatment for his emotional struggles.

After the outpour of her husband on social media, Kim was strong enough to open about Kanye having a  bipolar disorder. The two have been staying away for a long time now. The outcome of her visit to Wyoming defeats the purpose of her visit. She leaves crying after they ended up having a heated argument about their marriage. Amidst all the drama that is going on, it is hard to assume there is any scope of reestablishment for the two. Kanye also previously referred to their marriage as ‘hell”. The famous rapper is righteously headed for a divorce, it is not just a rumor anymore. Turns out that the sources believe a hefty compensatory sum will be split in the divorce. However, there is no final answer from any of their lawyers but it is estimated to be around 2 billion dollars!

Although all this is being proven false! Sources very close to the two say that the news on the divorce is untrue. They even claim that the reports on that sum are bogus and things will settle down. Additionally, we also see Kanye posting a cute video, enjoying family time with his son, Saint. The couple has three beautiful children and is well known in Hollywood. However, with all the reports and their current separation, it seems only fair that they make the best decision. The well-being of any family depends on its foundation. And in this case, they are the pillars for their children. Watch the two together here!

Katy Perry and Orlando Bloom are planning to move to Australia after giving birth to their first child. Read to know the full story.

Good news for the fans of Tom Cruise, Mission: Impossible 7 has confirmed its release date. Cast, Plot, and every detail you should know.