Gadgetsblog
HomeEntertainmentThe Matrix 4: Everything there is to know about the upcoming fourth installment! 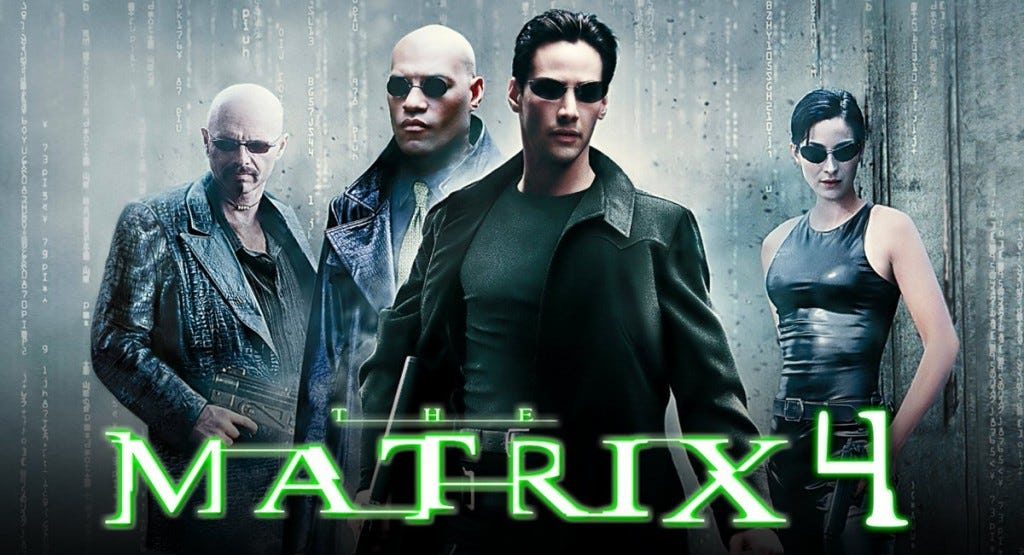 The Matrix 4: Everything there is to know about the upcoming fourth installment!

Get ready as The Matrix 4 is the next upcoming American sci-fi action film and the fourth installment in The Matrix franchise. It is one of the most anticipated movies and speculation has been running wild since the official announcement was made in August 2019.

Lana Wachowski will be writing and directing this film. Both Keanu Reeves and Carrie-Anne Moss are expected to reprise their iconic roles as Neo and Trinity.

So what do we know about The Matrix 4, and what can we tell so far from the news?

Details about the film are still vague, but it does have an official release date and reveals a few high-profile cast members.

As mentioned earlier, Reeves and Moss will be back as Neo and Trinity, despite both characters being dead at the end of The Matrix Revolutions. Reeves explained his decision to return by saying, “Lana Wachowski wrote a beautiful script and a wonderful story that resonated with me. That’s the only reason to do it.”

Rumors say that Jada Pinkett Smith is said to return as the role of Niobe, who she played in The Matrix Reloaded and The Matrix Revolutions. However, her return is yet to be confirmed, and the same goes for Lambert Wilson’s return as The Merovingian. Wilson mentioned that he will continue his role as long as his schedule allows. If he does return, chances are high that Monica Bellucci will also return as Persephone, The Merovingian’s wife.

However, two actors will be prominently absent from Matrix 4. They are Laurence Fishburne and Hugo Weaving, who portrayed Morpheus and the villainous A.I. Agent Smith in The Matrix and its sequels, respectively. Weaving confirmed that he won’t be part of the movie, indicating that “they’re pushing on ahead without me.”

The Matrix 4 Release Date: When will it be out in cinemas?

It was first scheduled to release on May 21, 2021, but due to concerns surrounding the Covid-19 pandemic production halted. However, by July 2020, the cast got back in Berlin to resume shooting. The release date is now pushed back to April 1, 2022.

The Matrix 4 plot: What will it be about?

To be honest, nobody has a clue as to what the film will be about because the original Matrix trilogy wrapped up the main plot. Neither the cast nor Lana Wachowski is revealing anything, so you’ll have to make do with theories for now. Given the fate of Neo and Trinity at the end of the trilogy, the sequel will likely need to work out a clever way to reincorporate both characters into the story.

As for the trailer, no footage has been dropped out yet. With the delay in filming it looks like fans will have to wait for a while until further updates.