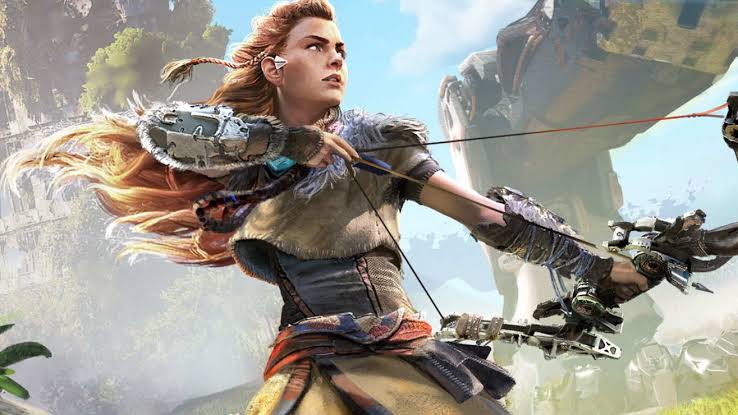 Horizon Zero Dawn is a role playing game of action genre, developed by Guerrilla Games. It was published by Sony Interactive Entertainment for it’s Playstation 4 console in 2017. The development of the game as stated in 2011.

The game was highly acclaimed by critics for its story, open-world gameplay, visuals, and great performance by the Voice actors. It was the best selling game in the UK during its release week. Close to 117,000 copies were sold in Japan in its first week. The game also won a number of awards including 14th British Academy Games Awards and Game Developers Choice Awards.

The game is set in the 31st century in a post-apocalyptic world, run by machines. Humans live in scattered civilizations. They have limited access to technology. They remember their forefathers as “Old Ones”. Machines dominate the Earth. Generally, they coexist peacefully. Occasionally, humans hunt them down for their parts. A phenomenon called Derangement causes the machines to become more aggressive towards humans and larger and deadlier machines start appearing.

The user plays as a character named Aloy. He is a hunter who kills the machines. The user can use many different methods to kill the machines. Different machines possess different powers. Some live in herds like animals whereas some live alone. Some of them might charge on the player whereas some might throw projectiles. The game boasts of an extensive map to play in.

There is some good news for the fans. The game officially debuted at the PS5 future of gaming event held on 12th June. It has been Christened as Horizon Forbidden West. The game is supposed to be initially released as a PS5 exclusive. According to Rumours, the game might be release in the early parts of 2021.

Let’s keep our fingers crossed and hope that the game does not gets delayed.