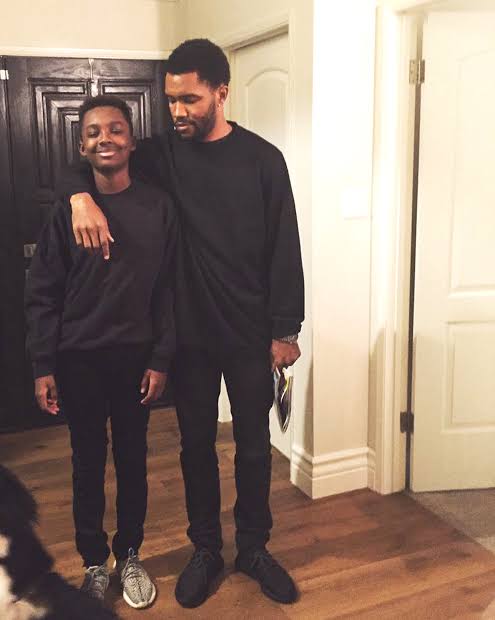 Ryan Breaux, the teenaged brother of famous pop singer, Frank Ocean is reported to have died in a gruesome car accident. The accident took place in the wee hours of Sunday on Westlake Boulevard in Thousand Oaks, California. Following the accident, the car crashed into a tree, leading to the death of Ryan and one of his friend.

Ryan, 18, was traveling with a friend on the  Westlake Boulevard in Thousand Oaks, California when the mishap took place. As per the official press release by the Ventura County Fire Department, they were called to the scene at Westlake Boulevard at about 1:33 a.m. local time. The authorities were also called.

Upon reaching the spot, the fire department noticed a car engulfed in flames. The two occupants inside the car were pronounced dead on the spot by the Fire Department officials.

Initial investigations suggest that the car might have veered off the road and collided with a tree. It is still unclear as to who was at the wheels during the accident. What caused the death of the two occupants is yet to be ascertained.

“The initial investigation revealed the vehicle was travelling south on Westlake Boulevard approaching Skelton Canyon Circle. The vehicle appeared to leave the roadway and collide with a tree in the centre median.”  read the official press release by the Ventura County Fire Department through Vulture.

The stretch where the accident took place is said to be quite straight, as a result motorists do pick up pace. Speed of the car seems to be a valid reason for the accident since the car spilt almost into two parts after the impact.

As soon as the news was unveiled, condolences started pouring on the social media by the fans and people close to him. Paris Brosnan, the son of Pierce Brosnan took to Instagram to share his grief :

Ryan Breaux you was a good kid & always showed me love. see you up top ! pray for frank family

Frank Ocean or his family are yet to comment on the accident.