Gadgetsblog
HomeEntertainmentDid you know that once Sushant Singh Rajput had done a photoshoot with Kendall Jenner. Click here and get to know everything in detail. 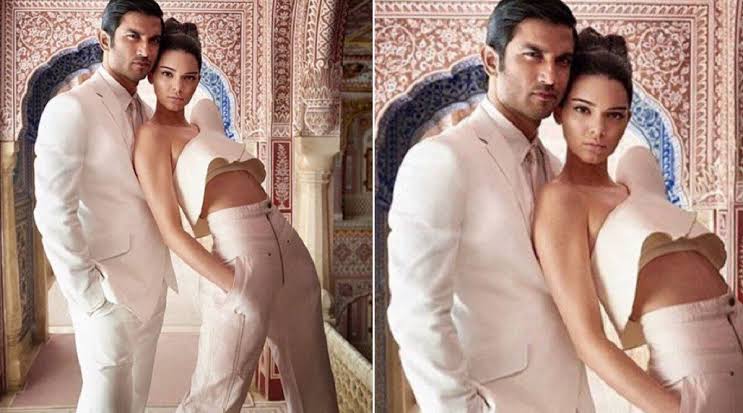 Did you know that once Sushant Singh Rajput had done a photoshoot with Kendall Jenner. Click here and get to know everything in detail.

Recently it has been a rough patch for the Sushant Singh Rajput fans. Due to his sudden demise, his entire fandom has gone to partial shock mode and since then the talking regarding him has not stopped yet. You all would be surprised to know that the late actor had done a photo shoot with a model and television star Kendall Jenner.

Sushant Singh Rajput was the only person from the Bollywood industry to have got the opportunity and approached to do a photoshoot with this megastar model.  She does work in the television world and a model too and she is one of the highest-paid stars too.

Kim Kardashian is somehow related to the megastar Kendall Jenner, they both are half-sisters. The latter is very popular and known in the world of fashion. Back during the year of 2017, Kendall Jenner was featured in Vogue Magazine. All these make clear one thing that she was way more popular than anyone else in the industry.

One of the famous and most popular photographers named Mario Testino was one of Jenner’s photographers too. The photographer does the photoshoot on every tenth anniversary of the magazine at Jaipur in a palace called Palace Hotel.

Sushant Singh Rajput was lucky enough to be a part of that same cover photoshoot and was the only person from the Indian film industry to grab such an opportunity. The sudden and shocking death of the Chhichhore actor had also disturbed the popular photographer Mario Testino as he shared his part of condolence through his official social media account.

Previously when the photoshoot of the cover was planned in Jaipur Palace it was kept under consideration for some days but due to the heavy fan base of the young, beautiful, and talented model and television star, the prior consideration mentioned above failed miserably.

While spending some quality time in the palace at Jaipur, the model kept her fans busy with herself by letting them know about her whereabouts by posting various photos and videos of herself. With a whopping 73.8 million followers, the half-sister of Kim Kardashian, Kendall Jenner was selected for the mentioned magazine photoshoot where she had to play her part as an Indian girl.