What impact did Beth Chapman’s death have on Dog’s weight? Come find out!

Duane Chapman or Dog Chapman is a bounty hunter. He is an American television personality. He was born in 1953, giving him 67 years of age. He claims to have made over six thousand captures … 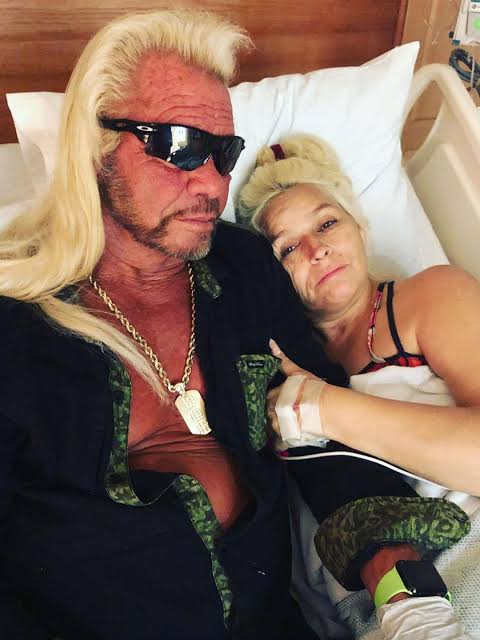 Duane Chapman or Dog Chapman is a bounty hunter. He is an American television personality. He was born in 1953, giving him 67 years of age. He claims to have made over six thousand captures over the last 20 years of his life. He is infamously known for being arrested several times as a teen and also for murdering Jerry Oliver. However, he has gained fame from his TV show.

Dog Chapman was married to Beth Smith/Chapman, who too is an American reality star and used to co-star with her husband on shows like Dog the Bounty Hunter, Dog, and Beth: On the Hunt and Dog’s most wanted.
It was Beth’s misfortune that she had been diagnosed with Lung Cancer. Beth was at the age of 51 when she was suffering through the 4th stage of her cancer. She died later in June when they were in Hawaii.
The dog said that even though they were well aware of cancer, her death came as a shock. Before she was taken to the hospital one last time, Dog recalled how Beth had asked him to let her go, but he could not agree to that.

Dog felt very lonely after the death of his wife. This led to losing him about 17 pounds due to not being able to eat properly after Beth’s death. However, Dog is now happy about the weight that he has lost. He jokingly confessed that he has become much faster now when compared to his pace before. However, he also admitted that his wife had no problem with his weight, and she actually liked the body he had before.
Dog says that he wants to have feelings again, and the only feeling that he has heightened is his hunger. Dog hence confirms that he only eats when he really feels like he is starving.

Dog claims that he actually had a healthy outcome because of the weight he had lost. He feels better now, and he said that he would try his best to maintain the weight he is in now. He also said that he would like it better if more of his weight was lost. Thankfully, Dog agrees that he has been getting his appetite again, but he still continues to wait for eating until he is craving a lot.

Ellen DeGeneres Apologises To Her Staff Amid Hostile Work Conditions! and Blames exponential Growth for this!!! Whole story is here!!

Dead to me is ready to come up with its final season. Here’s all the updates you need to know about Dead to me season 3.