Gadgetsblog
HomeEntertainmentWynonna EARP: Season 4 will thrill your senses! Read below to know more about the Story line, Plot , Cast and Episodes. 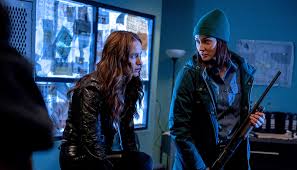 Did you just listen, Earpers ???? Yes, your favorite show is back.

Finally, the wait is over and Wynonna Earp Season 4 premieres on the 26th of July. This is really very great news for the fans of the demons.

Wynonna Earp?? What is this about?

So, if you are a fan of Horror and supernatural powers, you need to watch this show. It is based on the comic book series by Beau Smith. This Canadian-American production is produced by Emily Andras. There are three seasons in this series. Season one ends with 13 and the next two seasons end with 12 episodes each. Well, You will not regret the number of episodes.

Season 4:Story line and the plot

While for the next season, it seems that the garden of Eden will not hold Waverly Earp anymore. The curse for the family is not over yet. There has been a reunion in the sister’s future, but no effects are seen. According to the producers, a family is plotted in the show.

Details of the show: YOU want to know!

‘Fight for your family’ is the most important thing, according to season 1.”Family means so many things on this show”.The theme for the Earpers is family overall.