Gadgetsblog
HomeEntertainmentCourteney Cox Brings Back Low-Rise Jeans With Her Adidas Stan Smiths at the Farmers’ Market in Malibu. Read to get the updates. 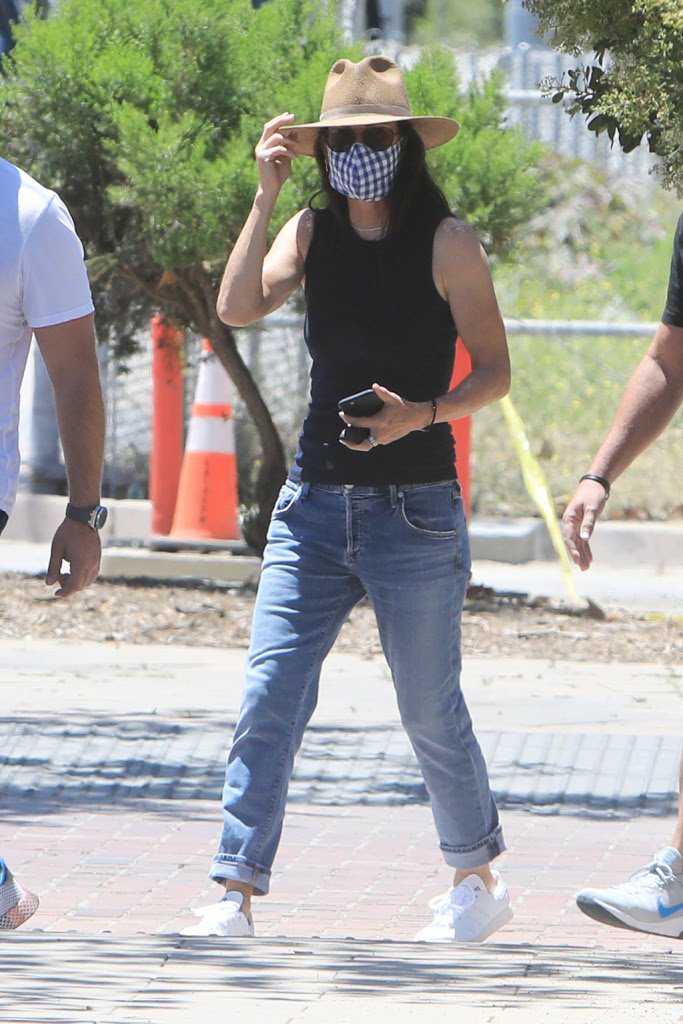 Courteney Cox Brings Back Low-Rise Jeans With Her Adidas Stan Smiths at the Farmers’ Market in Malibu. Read to get the updates.

Courteney Cox is always known for setting up a unique style statement. She is always seen in her cool comfy looks. The 52-year-old actress has maintained her charm. She has proved that age can’t dull anyone’s sparkle. Her dressing sense is always an inspiration for many youngsters. She is one of the most followed actresses for her dressing style. We have always seen Cox carrying every attire gracefully. Her looks in public appearances always catch everyone’s eye. Let it be her gym looks, casual looks, party looks, or any other look she has always carried it very elegantly even at the age of 52. Recently she was spotted in city with some of her friends sporting a highly cool look.

She was spotted at farmer’s colony in Malibu, Calif with some of her friends. She carried low rise jeans with a black tank top. Her Adidas Stan Smith made her look just wow. Her white shoes contributed to the cool look of the actresses. She opted to carry a straw hat with a designer white checked face mask on her face. The expensive aviator black sunglasses completed her look. The very classy look of Cox made everyone believe nobody can carry a casual look better than the friend’s actress, Courteney Cox.

Cox visits farmer’s markets almost every weekend, mostly on Sundays. We get to see the brand new cool look the famous actress Cox. She was spotted in a farmers market last Sunday sporting a black sexy dress. The dress had a V neck that made Cox look cool and sexy. She completed her look with a straw hat and also her favorite black and white checked mask. To team up she opted for golden flats.