Trebek Shares Updates on His Health : The “Jeopardy!” Star to Host some Special Episodes for Fans! Know More Here

The greatest TV anchor, Alex Trebek, recently released a video giving updates on his heath. The Jeopardy! host is back in the game as he recovers from pancreatic cancer. He mentions that it was … 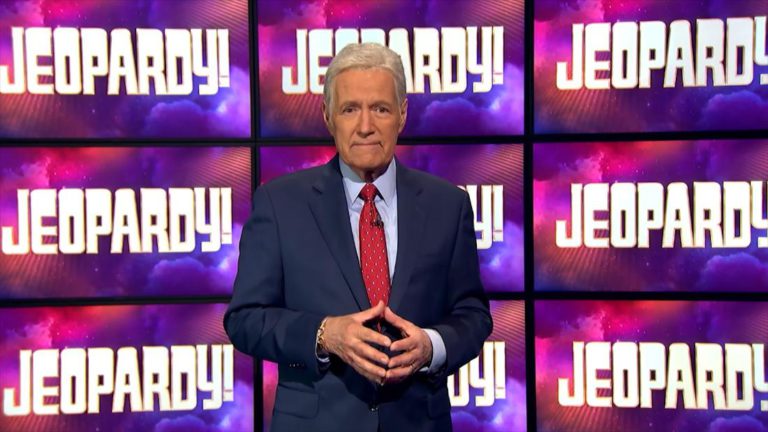 The greatest TV anchor, Alex Trebek, recently released a video giving updates on his heath. The Jeopardy! host is back in the game as he recovers from pancreatic cancer. He mentions that it was a ride full of ups and downs for him but he made it. The anchor’s Cancer battle is a live example of will power and faith. As personally judged by Trebek, pancreatic cancer stage 4 patients have bleak chances of survival. However, he fought the battle and is doing fine while his treatment continues.

The news also came with a delightful announcement. The anchor has decided to host some special episode of Jeopardy. Although Trebek won’t be down to the studio to shoot, due to the pandemic conditions. But he shall record the episodes from his house! The episodes will include the memories of the 36-year-old history of the show. It will also include the highlights from the first-ever episode that was hosted in 1984. There is not only excitement but also relief amongst the fans.

The famous quiz show Jeopardy! came out in 1984. This is for the first time in history that it will run episodes from the past years. What is crucial to note is that it holds significance in today’s times too! The greatest of all quiz shows, Alex Trebek jokes about the special series saying that a lot has changed. When the episode first aired, he was seen supporting a mustache. As the show progressed he cut it. In the latest video, he is seen wearing a white beard after his cancer recovery. But the quiz is indeed a timeless heritage.

The show that initially aired on television on ABC, NBC, is now available on Netflix too. It is highly loved by audiences of all ages. The show has a high IMDb rating of 8.2/10. It has over eight thousand episodes. The name Alex Trebek is now synonymous with Jeopardy! Another update from him is his Autobiography that will be coming before he turns 80 this year. He might resume his studio shoots September onwards.

Kelly Rowland Talks About Dealing With A Decade of Beyonce Comparisons, Get Here the Updated News-