Fans can rejoice as another season of Beastars is about to hit your screens on Netflix. The news has been officially confirmed by the makers. However, the exact date of release is not out, … 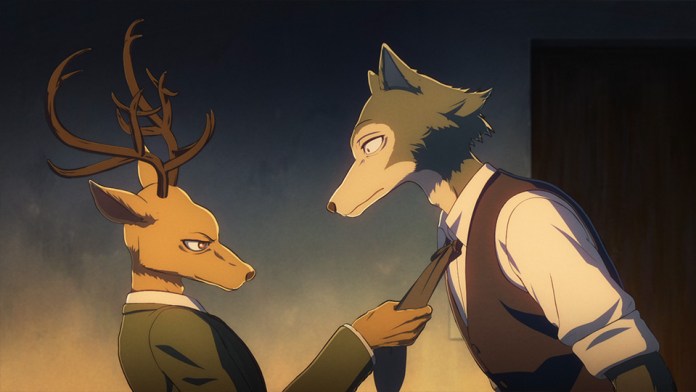 Fans can rejoice as another season of Beastars is about to hit your screens on Netflix. The news has been officially confirmed by the makers. However, the exact date of release is not out, August 2020 will see Season 2 air in Japan. By the end of the year, we expect the series to be out on other channels too. Although a lot cannot be said about how the production has completed its endeavor, we are eager for the show Beastars season 2.

The Japanese manga series is written and illustrated by Paru Itagaki. Beastars is about a world of modern, civilized animals. There is a difference of culture. They are divided into carnivores and herbivores. However, most of the school-going animals are herbivores, but the main character is an exception. Legoshi is the 17-year-old gray wolf, who is a carnivore. Although he has maintained his image in front of his classmates, he fears being exposed. In another season, we will see how the animal world take-up problems of love and tragedy.

Expected Plot for Another Season

Beastars season 1 progressed on Legoshi tracing the murder of Tem and falling for Haru. But the ending note remains that the couple doesn’t make it happen. Juno also has a thing for Legoshi and tries to make sincere efforts to get him to notice. Even Haru thinks she would be a better partner for him. But Legoshi only truly has feelings for Haru. In the coming season, we can see whether their love story dwells. The identity of the unseen character Legoshi saw at Meteor Festival will also be revealed!

Season 1 of Beastars was received well by audiences. It has also received many awards for its exemplary display of character and plot. With high popularity, comes high expectations. After all, everyone expects season 2 to be engaging too. The IMDb has given it a rating of 7.9/10 while it is ranked 8.2/10 on the MyAnimeList.net. It has been mentioned earlier that the August release will only happen in Japan. Therefore we still have to wait till the next date gets announced. For more trailer updates, watch YouTube.

Goblin slayer ‘season 2’,is back! What will be the fate of the goblin in season 2? Will his real name be revealed in season 2?Release date, Spoiler and everything you should know.

Anime series: oregairu season 3 release date, story everything you want to know is here, also know released date is confirmed or not?