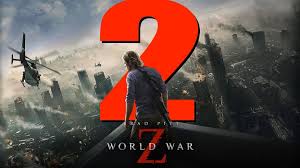 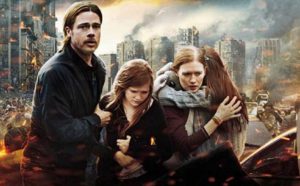 World War Z is an American Horror film which came out in 2013 and ruled the headlines and screens. The movie earned around $500 million across the world.

There is a huge demand from fans to produce the second part of the movie. Here are all the updates that we know so far!

This question has been very tricky as the answer is a roller coaster of various points and situations. The first announcement of Part 2 was made in 2017. The original director J.A Bayona quitted the film which delayed the shooting.

Later, David Fincher comes to the scene and promises to complete the movie with Brad Pit as the lead star. After a few months, David disclosed that while the script is in his hands but the story is yet to be fully framed. This created doubts regarding the movie release in the minds of fans and viewers.

During all this, Brad began to make his new movie in with Quentin Tarantino, delaying the shooting of  World War Z 2 even more. In late 2018, David committed to making the season 2 of his Netflix show Mindhunter and postponed the making of World War Z 2. Once again the shooting was postponed as Paramount draw up from the post-production of the sequel.

The reason behind it -China with the largest population put a ban on Zombie Movies. It’s quite hard to accept but we don’t see the movie coming soon.

But don’t let your hopes die completely. The co-producer of the movie Jeremy indicated in January 2020 towards a sequel turning into reality in the future.

The plot of the movie

In World War Z 1, the story revolves around the former UN Investigator Gerry Lane. The city in which he lives suddenly erupts in Chaos.

A lethal Virus Pandemic takes over the city and turns healthy people into something strange and feral. The virus threatens to end humanity, Making Gerry do a worldwide search to discover the source and cause of the virus. There has been no clear evidence of where sequel may go. It points out to two major possibilities-

First, The sequel will pick up from where part 1 ended Second, there could be some new possible Horror Zombie story. Let’s hope for the best possible story to come in Z 2.

World War Z2 turns out to be the biggest movie of Brad Pit. Brad Pit is definitely on board for Z2. Another character that is on the board includes Mireille Enos who played the role of Brad’s wife.

There has been no announcement of any new character joining the sequel. Keep your fingers crossed, the news of Z2 can surprise us anytime.