A Discovery of Witches New Season Announced : Amazon Renews the Show for Two Seasons – Here Are All The Latest Updates for You

Fans of the show A Discovery of Witches can add the show’s next season to their binge-watch list. Other shows are struggling to update their new seasons due to Coronavirus. But the official news … 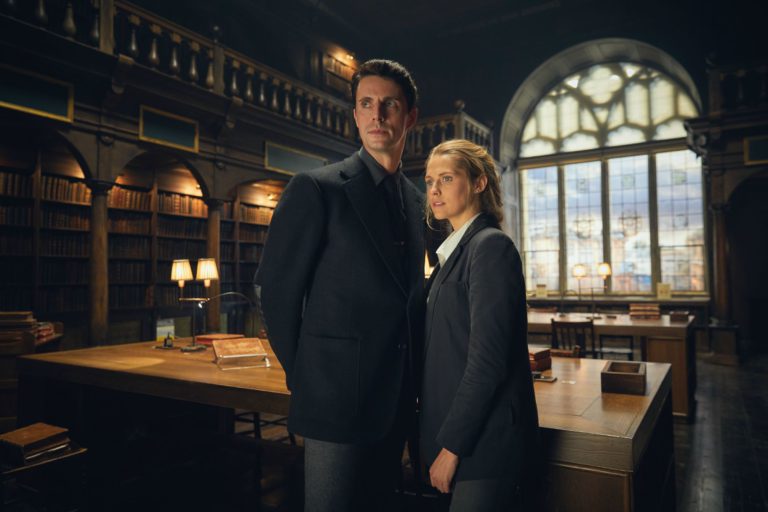 Fans of the show A Discovery of Witches can add the show’s next season to their binge-watch list. Other shows are struggling to update their new seasons due to Coronavirus. But the official news suggests that the shooting of the 2nd season of this Amazon Prime show had already been completed in December 2019. However, the remaining shoot was scheduled in Italy but is expected to have been completed by January 2020. Thus the viewers can even expect the release of the new season by the end of 2020.

The show is based on the famous All Souls trilogy written by Deborah Harkness. A Discovery of Witches gets its name from the first book of the trilogy. However, the relation between Vampires and Witches have progressed over shows. Here we get to watch the protagonists Diana and Matthew in love. They together solve the dark magic and mysteries of the book, while protecting it from threats. The third world creatures have to perform all these tasks without coming out to their realities.

Expected Plot of Next Season :

The new season will see the pair in Elizabethan London. The historical setup is sure to enchant the fans! We are expecting to see how Diana and Matthew will go about working together while in the present-day Diana’s aunt Sarah and her partner Emily will have to take refuge in a witch hunter’s house. Matthew’s son Marcus and Miriam will protect the mantel from demons in Oxford. The story initially started with the unexpected discovery of a bewitched manuscript in Oxford’s Bodleian Library. The next season will surely be a must-watch!

The show has garnered tremendous viewer acclaim. It has also got critics positive reviews being one of the most-watched shows. The Sky one show was first aired in September of 2018. Since then it has made an acceptable fan following. Warner Bros. purchased the rights of the film A Discovery of Witches. The chemistry between a witch and a vampire is what sets the show apart from others, that revolve around mythological creatures. At IMDb, the show has a rating of 8.1/10. Rotten Tomatoes has rated the show as 94% on viewer appeal.

The cast of the next season will also include Teresa Palmer, Matthew Goode, Edward Bluemel, Louise Brealey, Aiysha Hart, Owen Teale, Alex Kingston, Valarie Pettiford, Trevor Eve and Lindsay Duncan. You can find the trailer updates of next season on YouTube.

Kid’s favorite Jumanji is coming soon with season 4!!! Release date and other updates: Everything you need to know.