Gears of War 6: What to expect from the new installment of the gaming franchise? Checkout the Leaked information

Gears of War is a third-person shooter video game franchise created by Epic Games, owned and published by Xbox Game Studios. The game series focuses on the conflict between humanity, the Locust Horde, and the Lambent. … 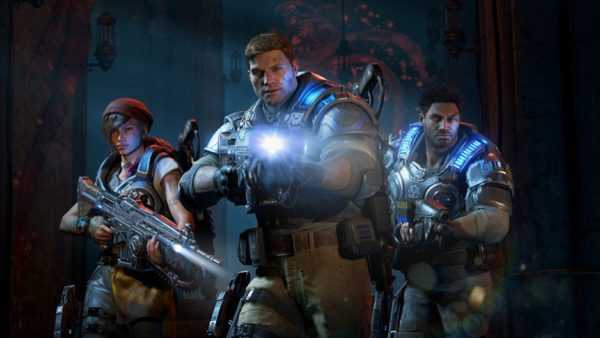 Gears of War is a third-person shooter video game franchise created by Epic Games, owned and published by Xbox Game Studios. The game series focuses on the conflict between humanity, the Locust Horde, and the Lambent. If you’ve played Gears of War 5, you would have some unanswered questions that hint towards The Coalition, developers of the game, coming out with a new installment of the game soon which might answer them.

What will the story of Gears of War 6 be?

Gears of War 5 had an already twisted and complex story to narrate which is what makes it Xbox’s most played game and the story is set to be more complex and twisted in the sequel. Kait only has time to save JD or Del, while facing the Swarm Queen which leaves Kait and the surviving member wanting vengeance for the death of a close friend. So, Gears of War 6 will have to address this issue and thus the story will be about revenge and vindication. Since Gears of War 5 delved into Kait’s family roots, revealing that Queen Myrrah of the Locusts was her grandmother, Gears of War 6 will have some unexpected twist of events in store. The family ties could be exploited by the Swarm.

However, these are only some expectations that we have from the plot for a fitting sequel to Gears of War 5.

So when will Gears of War 6 release?

No official release date has been provided for Gears of War 6 but it usually takes around two to three years for a new part of Gears of War game to come out. Going by that pattern, Gears of War 6 could come out by 2021 or 2022. Even the launch of a new gaming console like Xbox could affect the release date due to optimization issues. The game will probably be out for the next Xbox.

With the story growing more convoluted and more aspects of everything coming to light, we hope that this installment proves to be a befitting sequel Gears of War 5. That said, fans are still ready to expect the unexpected when the game officially releases.

Will the Little Mermaid Live Action hit the theaters or is it completely shut down?