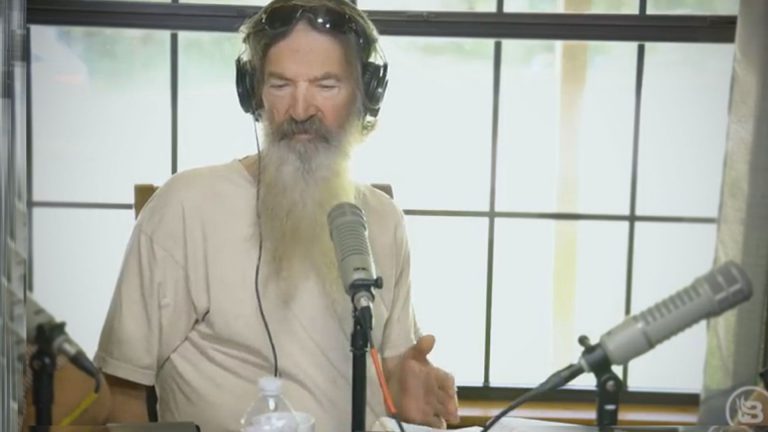 Looks like the Duck Dynasty is all set to welcome another member. In a new podcast, Phil Robertson revealed that he had just discovered the fact that he has a daughter from an affair that took place during the ’70s.

Does Phil Robertson really have a daughter?

Word is that the celebrity’s sons received letters from a 45-year-old woman who strangely enough, claimed to be their sister. The woman called herself Phyliss. Al explained that he observed that there was also some DNA material in it which he collected to do a quick DNA test and find out the parenting of the lady. He also said in a statement that getting mails from people claiming to be one of them was something people pull off quite often in their mails.

He said that the woman claimed that she did a DNA test and found out that she was from their lineage and that Phil was her father which left Al in complete shock. He took it upon himself to figure out everything as something was not adding up. In the podcast, he also revealed that some dates were not adding up according to his father as to when he turned Christian.

How did the sons react?

Al and his brother, Jase, did not rush to their parents or even confront them as they wanted to clear stuff from their end first and started to empathize with the woman who had not yet met her father all these years. They thought that even if he is not her dad, she has a right to know that he is not her dad and also revealed that upon confrontation, their dad did not seem to remember anything of the sort.

How did Phil Robertson react?

Reportedly, Phil Robertson agreed to a DNA test and the results shocked everyone for there was a whopping 99.99% match. Phil was all pumped up to meet her and called her down. Phil also said that he had always wanted a daughter. Jase too, was all praises for his sister, saying that she is an awesome woman with a nice husband and kids as well. She has also reportedly done mission work all across the globe and is all set to appear on the next episode of Unashamed.