INSTA, FB, TWITTER, AMAZON, ALL ARE BANGING THEIR HEADS ON THE WALL David Icke is a former football player and is currently a conspiracy theorist. He has written over eighteen books and has lectured across … 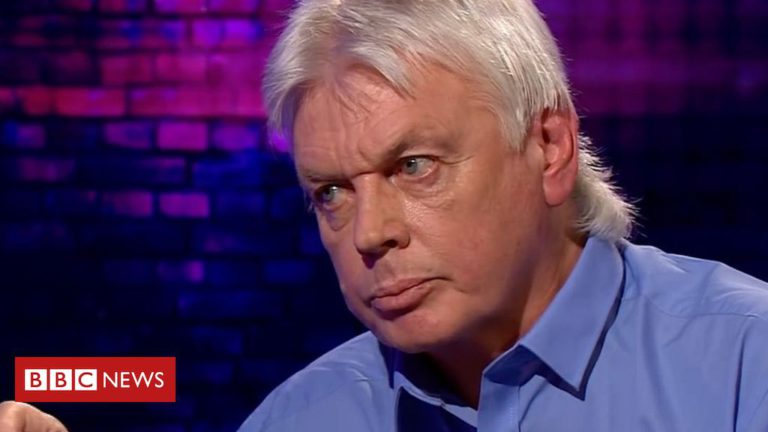 INSTA, FB, TWITTER, AMAZON, ALL ARE BANGING THEIR HEADS ON THE WALL

David Icke is a former football player and is currently a conspiracy theorist. He has written over eighteen books and has lectured across several universities too. He may seem quite intellectual but in recent times his social media activities and statements force me to change my opinion on him. It gets very dangerous when a celebrity leads the way to misinformation which can prove to be extremely dangerous.

It was made public news that Mr. Icke’s Facebook account was taken down. The reason for such a huge step by the officials was that the former footballer had posted on his account, some facts related to coronavirus and misinformation. The has celebrity mentioned things like:

These are some really inappropriate statements that will shake you, especially when you get to know that they have come out of the mouth of such a celebrity.

There is an organization that looks after such social media misfits and inappropriate actions on it, called the Centre for Countering Digital Hate (CCDH). The organization members had a meeting two days ago…The authority decided to send and publish a letter, visible to all, to the companies to strictly pay focus on the situation in hand. Especially Amazon, Twitter, Facebook, YouTube were suppressed with the force of the statements made by Icke as these platforms had multiplied the audience in less time than forty winks.

The concerned letter was put out after Zuckerberg’s company took down Icke’s page. Also, in a recent interview with the theorist, the latter had put out his opinion that there is a link between the 5G and current health crisis, which cannot be ignored.

In such a case, it is better to shut down the accounts of such a person. What people may not realize is that this is a very treacherous action by Icke as his videos have been seen over 30 million times. Be wise to know what is right and what is not…

Met a boy who fell in love and had a child with her biological sister. Is incest a legal thing.