“ALITA BATTLE ANGEL 2: Release Date, Cast, Plot. Will there be multiple sequels of the film after fans petitioned for it?

A cyberpunk action film that accumulated a very strong fanbase gives its viewers a spectacular sci-fi adventure. The film is based on a manga written by Yukito Kishiro and was directed by Robert Rodriguez. The … 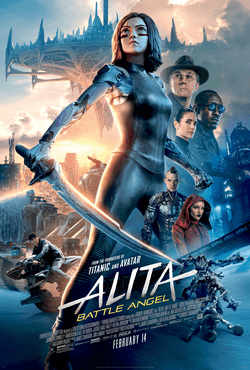 A cyberpunk action film that accumulated a very strong fanbase gives its viewers a spectacular sci-fi adventure. The film is based on a manga written by Yukito Kishiro and was directed by Robert Rodriguez. The visual effects of the movie definitely captured the attention of many critics as it was wonderfully executed, many fans claim that the film had captured the scenes so perfectly it almost felt like the pages of Manga had been brought to life. Fans are eagerly waiting for the sequel of the movie, which made quite an impact on them.

WILL THERE BE A SEQUEL OF ” ALITA BATTLE ANGEL “

Fans have immensely loved the movie, “Alita Battle Angel” and have signed petitions requesting the sequel of the movie. Fortunately, Cameron the producer and the co-writer of the film has hinted that the film could lead to multiple sequels. The filmmakers have also confirmed that the sequel of “Alita Battle Angel ” has been written but no proper information has been given regarding the release of the film, however, we can expect the film to be on cinemas by the end of 2022.

Roza Salazar, who plays a lead role in the film will definitely be coming back to bless us with the sequel. Christopher Waltz will be back as Alita’s surrogate father and many actors from the movie who has short cameos including Michelle Rodriguez, Jai Courtney and Edward Norton in ” Alita Battle Angel” will have larger roles in the “Alita Battle Angel 2”.

” Alita Battle Angel” is based in a dystopian future, it mainly focuses on the life of a cyborg, Alita. The film is a science – fiction but it does not miss out the elements of human emotions, a ride of adventures is on the way of Alita as she sets out to explore and dismantle the secrets from her past life. The film left us with many questions hanging on the edge, it is likely that we might get the answers to our questions in “Alita Battle Angel 2″ . In the movie several points can be found which were not explained, even Alita’s past has not been revealed, entirely. Hence, Alita’s previous experience and her adventures will be forming the core plot of ” Alita Battle Angel 2″.

The movie will definitely worth the wait as the magical graphics and a story-line having exciting as well as grounded emotions will sweep you off your seats.

Fantastic Beast 3; Release Date, Cast, Plot. Will there be more of Newt Scamander and Johnn?y Depp.

AQUA MAN 2 – Everything you need to know about this series and also know that how much good this story-lines, Is awesome, Released date Cast.