Gadgetsblog
HomeEntertainmentSex Education Season 3- Our Funny High School Sex Therapists Are Back!! Read Below to Know More About The Release Date, Expected Plot and Cast. 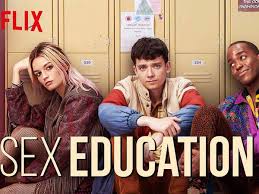 Sex Education Season 3- Our Funny High School Sex Therapists Are Back!! Read Below to Know More About The Release Date, Expected Plot and Cast.

Sex Education is a series with a wide fan base, mostly in youths. As the content is very attractive to many. There is some good for all the fans as the third season of the series is on its way. As per the announcement the release is to be performed at the beginning of 2021. Due to coronavirus pandemic dates might get extended to end to 2021.

What is Sex Education About?

As the life of the students at Moordale Secondary School in Netflix’s British Comedy Sex Educations is alluring. By the end of 2 seasons, we saw a lot of changes. There were many frustration parts but in all, it was not a bad end. As Otis went up to Maeve to confess his love, Maeve’s new friend Isaac came in between.

The season 3 of Sex Education will largely focus on Milbrun’s Family. In the colorful drama, by the end of the second season, Jean Milburn played by Gillian Anderson mother of Otis found out that she was pregnant. So, there will be more of Gillian Anderson and hard-hitting storylines in Sex Education 3. Anderson tweeted a selfie with some nice sperm decor with the caption “see you soon” (fit with an Eggplant emoji.).

In the terms of caste, the teen show doesn’t type where charters are killed off and unlike season 1 where Adam was shipped off to boarding school, you can count everyone back on the show. Watchers will get see more of:

As the creator of the series Laurie Nunn oversaw the first two installments, she did a lot of brainstorming for the third season and found new ideas for the show. She also mentioned that director Ben Taylor, who is behind the camera for a few episodes would return.