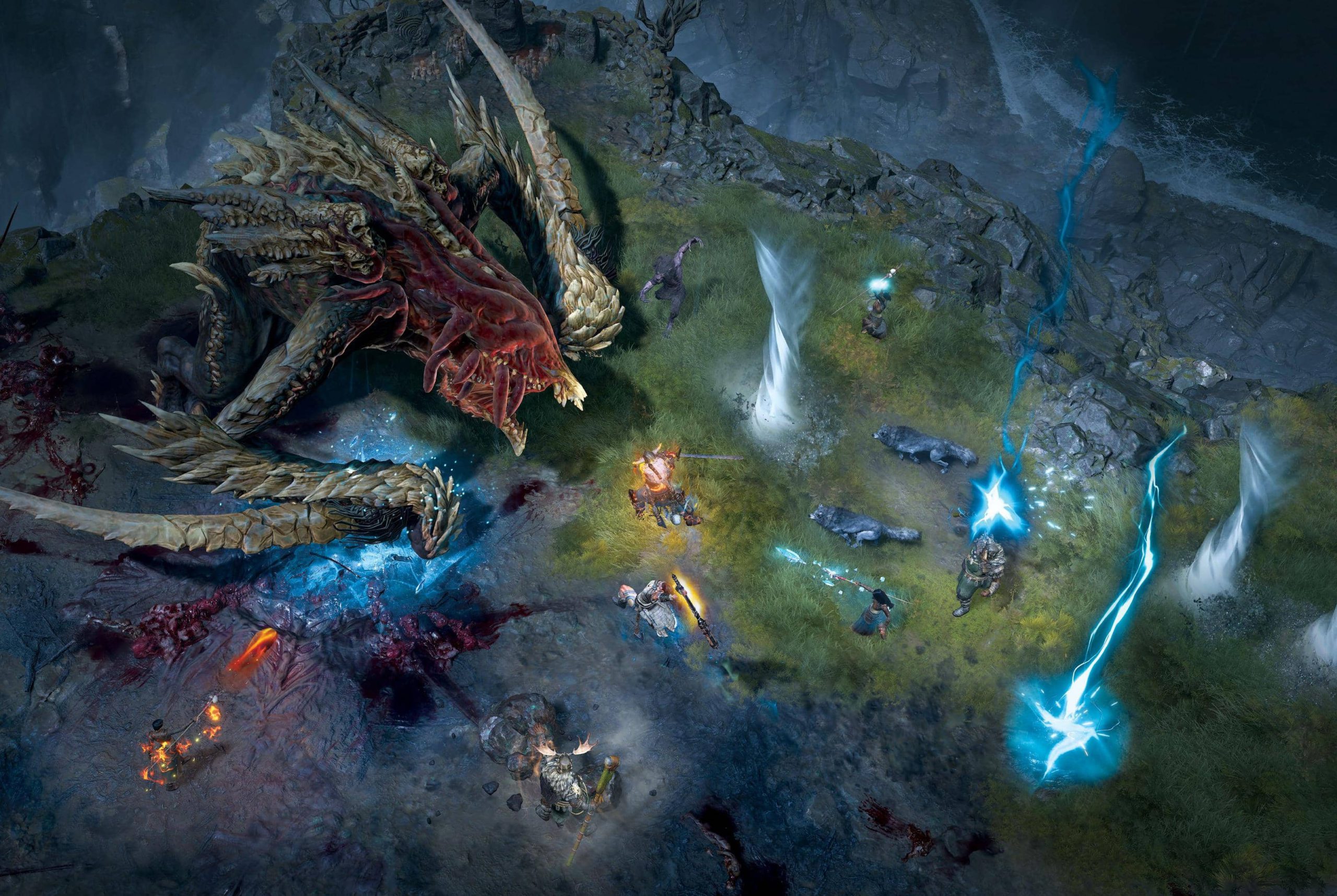 Diablo IV is an upcoming online game developed by the Blizzard entertainment. Diablo IV was announced officially on 1 November 2019 at BlizzCon 2019. Diablo IV was announced officially but the release date of the game was never revealed. Predictions say that the game will be released in the months between January to May in the year of 2021. It falls under the category of action role-playing, hack, and slash, the dungeon crawl. The gameplay revolves around the story of obtaining a greater strength weapon to survive the game or to kill and defeat the enemies.

Diablo IV contains the characters of barbarians, sorceresses, and the druid class, which is from Diablo II. Barbarians have the power to switch weapons in a battle.  The sorceress has the power to kill the enemies instantly by setting them on fire or freezing them. The druid class can change shapes between humans and werewolf. Diablo IV is a pure online multiplayer game unlike GTA V, where it can be played both online and offline. The game will be available on PC, X Box One and Play Station.

The director, producer, and designers for Diablo IV are Luis Barriga, Tiffany Wat, and Jesse McCree, Joe Shely. Diablo IV was the game that is going to be released after Diablo III. Diablo III was released on 15 May 2012 in windows, 3 Sept 2013 on PS3 X Box 360, 19 Aug 2014 on PS4 X Box One and 2 Now 2018 on Nintendo Switch. It falls under the genres of action role-playing, hack, and slash. Where Diablo IV adds the additional genre of dungeon crawl. Despite having single-player mode Diablo III lacks an offline single gameplay mode. Most of the aggregator scores for the Diablo III were 80+ and the review scores were 9 out of 10. From these scores, we can easily say that Diablo III was the biggest success. Diablo III also broke several sales records. And due to these factors, the expectations on Diablo IV were very high. Gamers are waiting eagerly for Diablo IV. Let us hope that Diablo IV is released soon and it may become a great successor to Diablo III.