Popular model, actress and author Paulina Porizkova celebrates her 55th birthday by sharing a picture of her modelling in a gold bikini

HAPPY BIRTHDAY TO PAULINA PORIZKOVA…!! Paulina Porizkova is a model, actress, and author and was born in Czechoslovakia. When the aspiring model was eighteen of age she had become the first woman from Europe to … 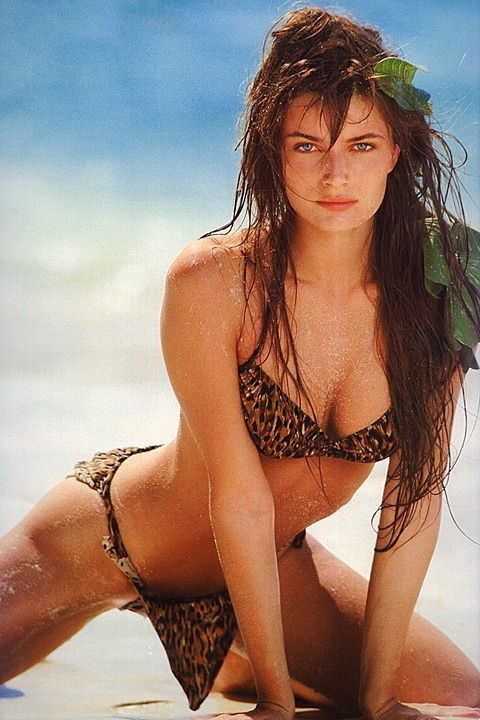 Paulina Porizkova is a model, actress, and author and was born in Czechoslovakia. When the aspiring model was eighteen of age she had become the first woman from Europe to be on the cover of the Sports Illustrated swimsuit issue. She has also been a part of the judging panel of “America’s Next Top Model”. Many people got to know her from this show, as it was a highly rated and watched programme on television when it used to air.

Pauline can be looked up to as a very honest woman who is not hesitant to express what she feels about herself. Since her teenage, she has been fond of looking slim, fit and attractive. Its reflection can be seen in her caption in which she has mentioned that the model feels pretty when she put the post up.

Porizkova mentioned that she was going through pictures of her adolescence and was astounded that she had such a beautiful physique back then too. When she looked at herself on her birthday, it made her realised that she is still the epitome of attraction and beauty at the fine age of fifty-five…

Similar to all of us, Porizkova has been spending her time at home with her sons and her cat Oskar. She put a picture of herself cleaning her home too.

The television personality and model also put along in her caption that despite being at such a professional post of success, quarantine had made her life so inactive, and whenever she wakes up from bed, she wants to do an activity or wants to work, but it is not impossible in today’s scenario. Hence, Paulina mentions that the only thing to do.to help the world live is to sit at home – the only way to help.

The model also added that she will want to make masks to prevent the COVID-19 infection to spread and feels no hesitance in grabbing her sewing machine for that. But all she wants is to see people sit at their homes instead of stepping outside the house.

Solo leveling season 2: know about the missing dad and revealed plot of season 2.