American action thriller franchise, The Expendables was created to pay homage to the blockbuster action films of the 1980s and ’90s. Written by and starring Sylvester Stallone, the franchise also pays tribute to the action stars of those decades, … 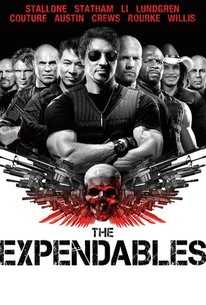 American action thriller franchise, The Expendables was created to pay homage to the blockbuster action films of the 1980s and ’90s. Written by and starring Sylvester Stallone, the franchise also pays tribute to the action stars of those decades, and also to the more recent stars in action. David Callaham initially creates it.

To date, only three films of the series have been released. They are The Expendables (2010), The Expendables 2 (2012), and The Expendables 3 (2014). The franchise followed a two-year gap between each release. However, it has been six years now since the last film was premiered in 2014. The filming of the fourth season has not yet even started. And hence, it is justified why Randy Couture was recently questioned about the current status of the 4th movie.
Recently, Randy Couture was promoting his new movie, Final Kill, with The Action Elite. Final Kill has hit the screens already. Couture is one of the famous stars of The Expendable franchise. He shared with The Action Elite, his intentions of being a part of The Expendables 4.
The Action Elite reported the update that Couture has, about the status of the film. He said that the movie is possibly going to release in the near future. He said to have received the script of The Expendables 4, last year. He went on further and appreciated the script, saying that he enjoyed going through the text. However, he is uncertain about the production of the movie. Reportedly, he said that there are hopes to receive a green signal for the film. And many things are going on behind the scenes regarding the initialization of the movie’s production. In the end, he said that he hadn’t heard anything certain about the movie till now.

Pirates of the Caribbean 6 Release Date confirmed by Johnny Depp!! He revealed who will be back again!