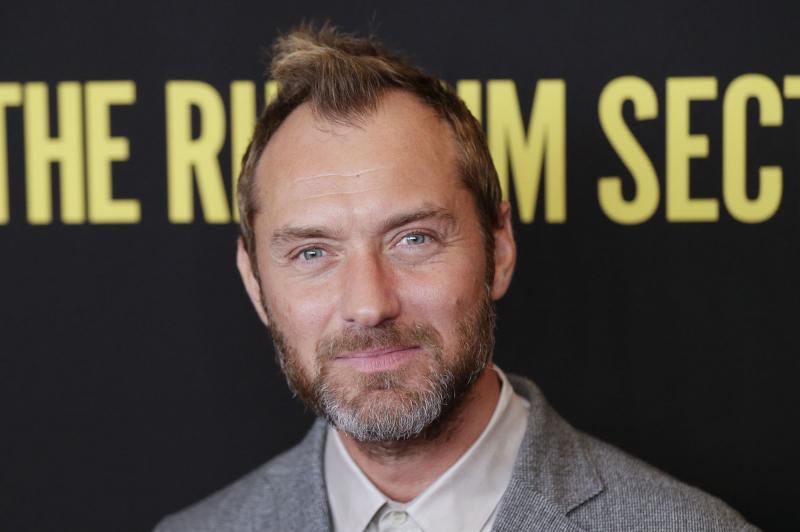 Actor Jude Law and his wife, Phillipa Coan, are expecting another baby. Baby number six does not have a lot of information on his platter for now, but we bring you everything about the actor’s other five children.

Jude has five kids from three different women, with the range in age spanning from 23 to 5. His older children stay in the public eye and are often clicked by the paparazzi, but the younger ones prefer staying more private and closed up about their lives. Jude himself refrains from divulging much about his kids’ lives to the media. Let’s take a look at all the other kids of the actor.

Rafferty Jellicoe Frost Law is the eldest son who was born out of Jude’s marriage with his first wife, Sadie Frost, on Oct. 6, 1996. The son is a model and works for some high-end brands such as Dior. The model is also trying out his hand in acting and has his own band called Outer Stella Overdrive.

Iris Law was born out of Jude’s marriage with his first wife, Sadie Frost, on Oct. 25, 2000, and is Jude’s oldest daughter and the only daughter with his first wife. She is a well-known model, having walked all over the world for brands like Miu Miu and has even had a shoot for Vogue. She is currently working on a Fendi campaign, which is singer Rihanna’s brand.

Rudy Law, born on Sept. 10, 2002, was born out of Jude’s marriage with his first wife, Sadie Frost, and is Jude’s youngest child with his first wife. The kid has pictures with his family posted on his social media handles but chooses to stay away from the public eye in general. Rudy had a role in the 2013 film Dotty where he tried out his hand at acting but has not got any major roles since then.

Sophia Law was born in September 2009 and is the only child of Jude Law with American model Samantha Burke. Sophia lives with the mom in Florida, and even though the couple never really dated and met on the sets of a film, Jude keeps an eye out for Sophia.

Ada Law, born in March 2015, is the only child of Jude and Catherine Harding, who is a singer. Ada apparently looks a lot like Jude.

How SpaceX CEO recieved an invitation from Egypt minister to visit pyramids.

What is Netflix MOD APK? Watch All NETFLIX Shows for FREE! Hack Netflix, Tricks and Tips to know every hacks available for free Netflix.