Gadgetsblog
HomeEntertainmentIs Po, the Bumbling Panda coming for the 4th Sequel this year? - Get all Updates on Kung Fu Panda 4 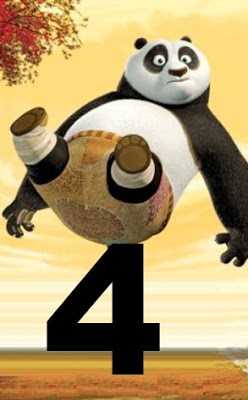 Is Po, the Bumbling Panda coming for the 4th Sequel this year? – Get all Updates on Kung Fu Panda 4

Po, the bumbling panda, is back for the 4th sequel of Kung Fu Panda. To know all the information on Kung Fu Panda, 4 read this article.

Kung Fu Panda is a 2008 American computer-animated film. It is produced by DreamWorks Animation, and the distribution was done by Paramount Pictures. John Stevenson and Mark Osborne directed it.

The film is set in ancient China. In these scenarios, animals talk. The story revolves around a panda named Po. Po is a Kung Fu enthusiast. The audience loves the expeditions and stories about Po, their favorite panda.

The voice behind the characters are –
Jack Black as Po; Dustin Hoffman as Master Shifu; Jackie Chan as a monkey; Angeline Jolie a tigress; Lucy Liu as Viper; Seth Rogen as Mantis; James Hong as Mr. Ping; David Cross as Crane; Randall Kim as Oogway; Ian McShane as Tai Lung. There are many more famous personalities who do voice over in “Kung Fu Panda” movie series.

The last sequel ended with Po meeting his family. The 4th sequel is expected to continue from this point. Sequel 4 will show Po adjusting to his family and friends. Po’s life will likely be taught from a live edge. All fans are positive that the 4th sequel will be entertaining and not bring any disappointment.

Kung Fu Panda 3 was released in 2016, and the 4th sequel is long due. Kung Fu Panda has numerous fans, all waiting for the next release. The trailer of Kung Fu Panda 4 has not yet been released. The trailer can be out anytime this year, and soon the movie is expected to drop anytime in 2020. However, due to the COVID -19 pandemic, there can be some delay.