Here is Everything You Need to Know about Avatar 2 and its Sequels. It’s Official! David Thewlis Joins Avatar 2

I think it would be nothing but a joke to talk about not knowing anything about Avtar. Yeah man, you know the world’s first movie to make the worth of more than two billion dollars. … 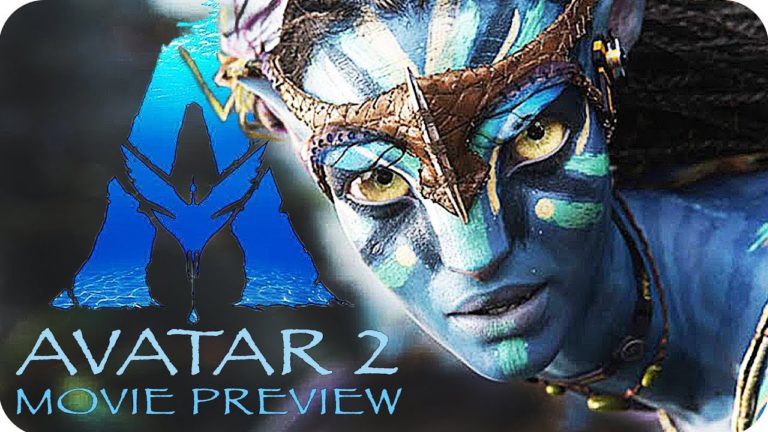 I think it would be nothing but a joke to talk about not knowing anything about Avtar. Yeah man, you know the world’s first movie to make the worth of more than two billion dollars. After that Avengers crossed it to make a business of three billion dollars.

When you first heard of Pandora? It must be from Pandora’s box and then if you have seen the prequel then you have heard the word again. But Avtar’s Pandora differs from Zeus’s Pandora in its entirety.Screengeek We always lull for a good future by destroying the present. Is it possible? To know the answer go through Avtar before it releases its sequels if you haven’t seen it yet. West is always ahead in technology and sensibility form the rests and it is evident in their works. Avtar is an American science-fiction film, directed, written, produced by James Cameron, takes you to the world of futuristic adventure, namely Pandora, a habitable moon orbiting Polyphemus to fulfil the lack of natural resources caused by the human on earth. You can compare the journey with scientist going in the mars in search of optionality, as the condition of earth becoming worse due to excessive torture.

Avtar was first released in 2009 and after gaining unexpected popularity and appraisal Cameron decided to make sequels and later said that if the next two sequels could fulfil the expectation the four and five of Avtar would be made. Although later he confirmed about fourth and fifth. And later Cameron also confirmed that the casting of 2 and 3 have been completed.IndieWire The release years are made as  2021, 2023, 2025 and 2027 comprising the same month December. So Avtar 2 would be premiered on December 17, 2021, with stars like Worthington, Saldana, Ribisi, Moore, Rao and Pounder are reprising their roles. Sigourney Weaver is also returning with new casts like Curtis, Winslet and others.

Henceforth, Avtar 2 is going to be a compact package to satisfy all of your fanatic and lunatic demands. And one more thing if you love the article please do comment and share and don’t forget to make Instachronicles your favourite bookmark.

Finally, the cat is out of the bag, and David Thewlis is all set to join the cast of the second part of Avatar. It has been no less of a feat for Avatar fans to have David Thewlis in the movie as his performance was appreciated in Wonder Woman and Harry Potter films.

David Thewlis hasn’t talked much about the nature of his character and somewhat restricted himself to limited info on the movie and the fact that he is going to be one of the Na’ vi, the native inhabitants of Pandora.

The cast will include Michelle Yeoh, Kate Winslet, Edie Falco, Cliff Curtis, Jemaine Clement, and Vin Diesel. So the star cast is appealing, and fans have a hell lot of expectations from the movie. As far as the cast returning from the original film is concerned, there is no doubt that the series will be bringing back Sam Worthington, Zoe Saldana, Sigourney Weaver, and Stephen Lang.

One of the intriguing things about the upcoming movie is that not an iota of detail has surfaced until now. Fans are excited to know a few details on the film and the possible storyline.

Although the storyline hasn’t been revealed, Winslet and Curtis can be seen in few images from behind the scene. A lot of photos have surfaced in the recent future, and this is something that is going to make the movie even interesting for the fans as they don’t have the details on the film.

The reason for not telling even minor details is because of the predictability like the storyline. Once the details are leaked, this can have dual consequences. One of the possibilities is that it can help augment the movie, and fans may get excited by knowing tiny excerpts from the script. So this is something which is going to help the film, and more fans are expected to get drawn towards the movie.

Another consequence can completely derail the movie and jeopardizes the essence of the film. If the details are leaked, and fans don’t like it, then they may not end up watching the movie even though a lot of sensible stuff might have been there in the film. This is something that has made the producers keep all the details discreet until now.
Even David Thewlis refrained from making any comment apart from the necessary details on his character. Even we are waiting for a few details on the movie, but so far everyone has preferred to keep mum over the details on the second part of Avatar.

It has been a while since the last Avatar movie was released, and there are apprehensions about its performance. Even though a considerable time might have passed, but we can’t ignore the kind of response the movie received from the fans. There is no point in commenting on the movie’s performance when it is due for release in December 2021. Till then, we have to wait and let the details surface, and we will keep updating the page.

Will there be a season 5 of The Grand Tour? Who is coming again in this new season? What will the story