Why Women Kill Season 2: Is It Confirmed? Know More About Release date |Plot| Cast| And All Latest Updates!!!

Why Women Kill is a dark comedy-drama television series based on the lives of three different couples in three different periods. The series is all about the chain of events that lead to a murder that occurs right after three husbands cheat on their wives but in multiple periods. Why Women Kill season 1 premiered on August 15, 2019, with ten episodes. It is available on the streaming platform by Viacom18, Voot for Indian viewers, and on an American streaming service called Paramount.

One Punch Man Chapter 150 Late Release: Everything You Need To know about this amazing show

The series is a production by Imagine Television Studios and CBS Television Studios. Marc Cherry is the creator and executive producer alongside Imagines Brian Grazer, Francie Calfo, and Acme Productions Michael Hanel and Mindy Schultheis, and Marc Webb. Why Women Kill is a dark comedy show that has a new ensemble cast.

Why Women Kill revolves around the lives of three wives in three different decades- a housewife named Ann Stanton who found out that her husband Rob was cheating on her in the 1960s, socialite Simone Grove discovering that her third husband Karl is homosexual and begins dating a younger man herself in the 1980s and a bisexual lawyer Taylor Karding who realizes that her open marriage is falling apart when she and her husband Eli have feelings for the same woman, Jade in 2019, each dealing with infidelity in their marriages. It is all about how they changed as women and react after facing harsh betrayal in their ways. Apart from their respective husbands involving in adultery, another common thing between them is that they all lived in the same Pasadena mansion throughout the different timelines.

Why Women Kill has different tones, moods, and flavors of periods throughout the series. Although the first 2 episodes are a bit rocky but with all their twists and turns in the rest of the episodes, the show manages to grasp the attention of its audience. The first story of Ann Stanton in 1963 is a more successful one than the other two. Ann tries to fix her marriage and does everything she can despite learning about her husband’s affair.

However, Simone Grove takes the path of revenge and instead of having regrets of broken marriage after she finds that Karl is gay, she dates a young guy which portrays her as empowering rather than predatory. Even more complicated is the third story of Taylor Karding and her husband Eli as in this one the husband is lied to and not the other way round as in the first two stories. Taylor is more confused about her feeling and what to do about marriage after the couple has a threesome with another woman named Jade. So basically Why Women Kill concluded its season 1 finale with some not-so-surprising but bizarre elements which explain much about why women kill!

WHY WOMEN KILL SEASON 2 IS CONFIRMED? 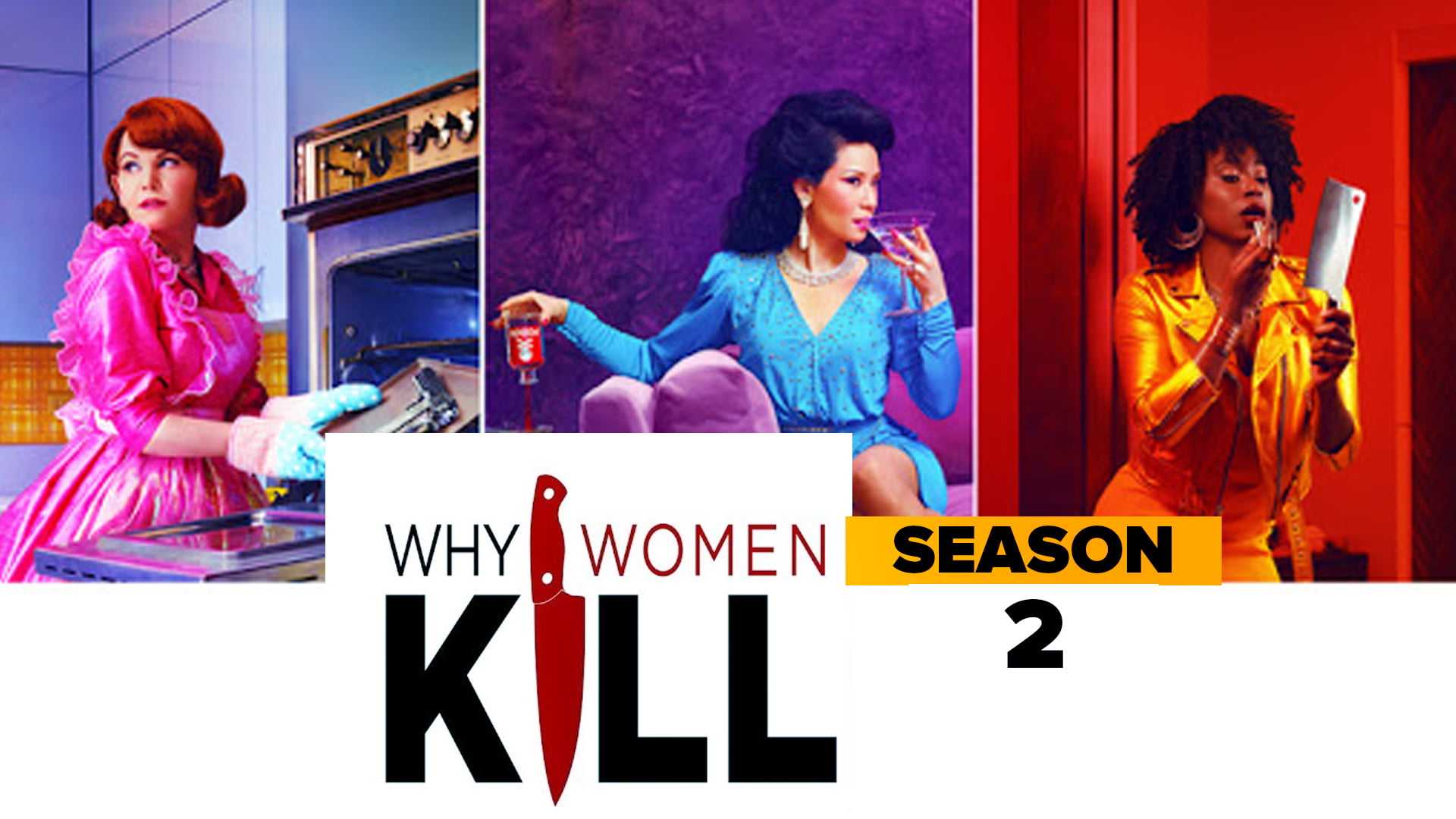 The team released a new promo on Youtube regarding Why Women Kill Season 2. Why Women Kill season 2 will have a  completely new cast and storyline but would be based around the same concept of husbands practicing adultery and the subsequent action taken by their wives. It will be set in the time frame of 1949 will focus on housewife Alma who will be “timid and awkward but optimistic”. She dreams of being allowed to join Rita Castillo’s exclusive gardening club and marrying off her daughter, Dee.

But soon she learns that her seemingly kind and good-natured husband, veterinarian Bertram, has a dark secret that changes everything. Rita Castillo will be seen having an affair with her young lover while waiting for her old husband to die. There will be many other supporting characters with a variety of roles in the story.

However, the twist in Why Women Kill season 2 will be that it would not be showing stories in three different periods but will take place in the same year although season two might have two protagonists. Why Women Kill season 2 of the dark comedy features a new ensemble cast and storylines set in 1949 that will explore what it means to be beautiful, the hidden truth behind the facades people present to the world, the effects of being ignored and overlooked by society, and, finally, the lengths one woman will go to finally belong.

Get more details and updates on instachronicles.