What Happened To Allysa Swilley? Why Was She In The News? Get To Know More This Zoologist 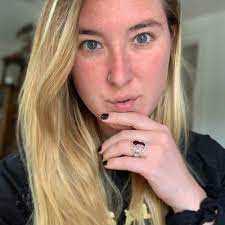 Know What Happened To Allysa Swilley if Allysa Swilley becomes famous more than anyone by playing a vital role in the delivery of April the giraffe and putting up a live stream showing the entire process to the 1.2 million viewers who tuned in to watch her delivery live online uncommon incident in 2018. Who is she? and what happened to Allysa Swilley after that? This article focuses on her valuable contributions as an animal caretaker and a bit about her personal life.

Allysa Swilley is the lead zoologist of Animal Adventure Park. Her love and passion for animals opened up the hearts of millions of other people who took an interest in the pregnant giraffe’s life. Giraffe-mania had swept the world. And fans had become invested in the entire cast of characters surrounding April’s life: dad Oliver, owner Jordan Patch, Dr.Tim the veterinarian, baby Tajiri. But Allysa is the person who has drawn the most interest.

Born on April 29, 2993, in Pennsylvania, USA, Allysa Swilley, graduated from SUNY Oswego with a Bachelor’s degree in Zoology in 2015. Nowadays, few people can survive and be healthy without killing animals for food. But Allysa Swilley has been keeping and preserving the animals since her childhood days. She always dreamt of working with animals and make a difference in this world.

After graduating she did a few months of internship in Kruger National Park, South Africa, and then Florida. She claims it was one of the best adventures she had. When she returned to New York, she got a job as a zoologist with a local animal park in Harpursville.

Allysa also has her own blog page where she has very vividly written about her experiences with all kinds of animals, the adventures she had, and her learnings throughout the journey of her internships in South Africa, and what happened to Allysa Swilley there. One could easily read and understand her excitement and happiness to work in the arms of nature.

However, Allysa’s job as a lead zoologist at Animal Adventure Park soon developed into a close relationship with the park’s wildlife, creating her own ‘special’ family.’ She gets to deal with all kinds of animals there from giraffes to Madagascar hissing cockroaches.

Allysas’s introduction to April the giraffe and her mate Oliver was a turning point in her career which changed lives forever. She took care of them for two years before they got to know that April was pregnant and her little family was about to grow.

What Happened To Allysa Swilley story of April-

Allysa was excited since day 1 of this pregnancy. She was more than ready to see an addition to the family after all her hard work paid off. She said in an interview that for her it was the hardest thing to explain as she was in tears but also very delighted, did a happy dance. April gave birth to a male calf on April 17, 2017. It was live-streamed online. what happened to Allysa Swilley was that she couldn’t resist her excitement.

Allysa was seen regularly caring for April and her baby Tajiri. Living alongside April during the live birth of Tajiri, people from across the globe journeyed to Animal Adventure Park to catch a glimpse of the famous giraffes and congratulate Allysa on a job well done.

She is even called the “giraffe girl” for her unending love for the mother-son giraffe duo. The entire live stream of the giraffe giving birth helped educate the public about her species.

She is so attached to the baby giraffe Tajiri that she even got his name tattooed on her arm. She believes that although memories of all the animals are enough for her to keep helping others it won’t hurt to have this permanent reminder. But we all know that it is her way to express love for the giraffe family as well as her devotion towards the entire animal species.

When asked Allysa about what her reaction will be when Tajiri leaves, she simply feels that just like how parents feel when their children leave home for studies or jobs, Tajiri will also have to leave his home someday just like what happened to Allysa Swilley when she was a student to start his own family and she can visit him if she wants to.

In fact, at one point on the day of Taj’s birth, more than 1.2 million people were watching simultaneously, YouTube has said. At the time, it was in the top five most-watched live events ever on the video platform, it said.

What Happened To Allysa Swilley shocking news about April?

Unfortunately, Allysa’s love, April the Giraffe who was almost 20 years old when she died. The veterinarians euthanized April because her arthritis had worsened, said the Animal Adventure Park in a Facebook post. It was a necessary step to take or else she would have suffered even more. As devastating it was for Allysa, the entire world who had grown quite close to the giraffe family was mourning her death. To be precise we don’t have much information as to what happened to Allysa Swilley after she heard the news. As her Instagram account is private, we couldn’t get much of her reaction.

What Happened To Allysa Swilley Allysa- in a relationship?

According to sources, apart from the beautiful animals, she takes care of, Allysa Swilley has a special person in her life. All we know is that she is in a relationship with a guy named Gomez. She hasn’t revealed much about him other than his last name. They seem to be madly in love with each other as she constantly posts pictures with him on Instagram (Allysa Swilley). They even celebrated their first anniversary in 2020 so for now her love life is in a good place.

Know that What Happened To Allysa Swilley?

Is Allysa Swilley married? No, she is not married at the moment. Regardless, they celebrated their first anniversary in January 2020.

How did April the giraffe die?

On April 2, 2021, sixteen days before her 21st birthday, Animal Adventure Park announced that April had been euthanized at the age of 20 because of worsening arthritis. Her body is to be cremated and her ashes returned to the park.

How tall is April the giraffe?

Last summer the park staff noticed the 15-foot-tall animal was acting differently and she was found to have osteoarthritis, the team said. April was shifting her weight from leg to leg and laying on the ground more often.
Read more articles about:

Andrew Silverman, Their relationship and Affairs, Life, Career and Everything