Who Is Black Bulls Vice-Captain? Get All Details About The Manga And Nacht Faust

Black Bulls is one of the nine squads of the Clover Kingdom’s Magic Knights. The squad is known for its destructive behavior and has been regarded as the worst squad of the organization. Like any other organization, … 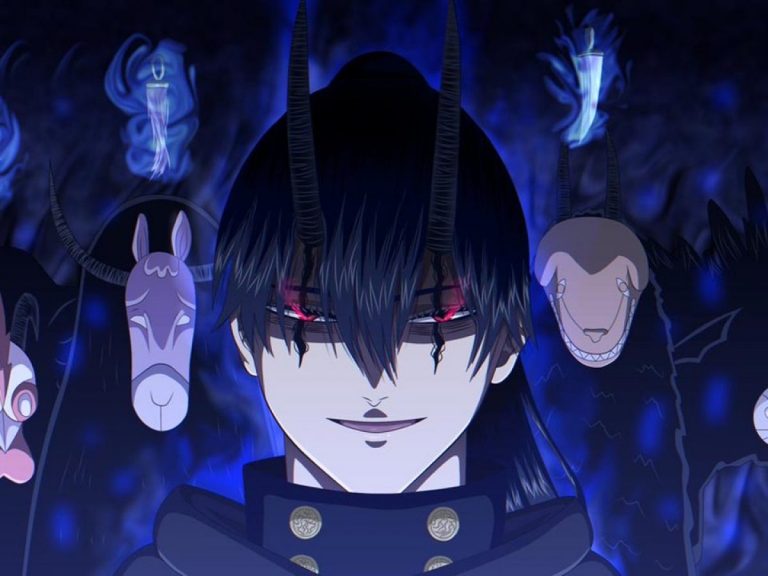 Black Bulls is one of the nine squads of the Clover Kingdom’s Magic Knights. The squad is known for its destructive behavior and has been regarded as the worst squad of the organization. Like any other organization, Black Bulls is led by captain Yami Sukehiro and the new vice-captain named Nacht Faust. Who is he? Why was he chosen? Get all details about Black Bulls’ vice-captain in this article. But before that let’s see what is black Bulls and how it works.

WHAT ARE THE BLACK BULLS?

There are nine squads of mages in the Clove Kingdom who serve as protectors of the country. Black Bulls is one of these squads. The members follow the order of the Magic Emperor and take action according to his requests. Black Bulls and all other squads carry out their missions, whether official or unofficial around the Clover Kingdom. The squads have a tradition to welcome their new members by performing an initiation ceremony.

This ceremony has been regarded by many of the members as unofficial but exists to measure the quality of its recruits. Upon the end of the ceremony, a senior member usually bestows the new member with the squad’s official robe as proof of membership.

Upon excellent performance on their missions, the Magic Emperor gives the squads stars as a form of award. However, the Black Bulls Vice-Captain got -31 stars as they are the worst performers due to their extremely destructive nature.

All of this changes for good when Asta becomes a part of the squad. He performs successful missions and thus Black Bulls Vice-Captain no longer got any black stars.

Yami Sukehiro, the captain delegates missions, relays messages received from the Magic Emperor and is also responsible for distributing the members’ salaries. He decided if a mage should be accepted into the ranks of the squad or not.

Nacht Faust is arbitrarily named vice-captain of the Black Bulls Vice-Captain squad by Yami Sukehiro. He is a devil host but unlike others, he has four devils. Nacht was mysteriously introduced in Chapter 246 of the Black Clover manga, titled “The Tree of Qliphoth.” Many did not know that he worked as a spy for the Spade Kingdom.

We truly get an introduction to him after the great battle ends. The situation had become dire as there was widespread destruction caused by it. Yami had been taken captive while Asta was injured. Asta sees a brand new page in his grimoire with Yami’s sword coming out of it. This reminds him of his helplessness and therefore runs out to help his captain. As he was in the hallway, he is stopped by a mysterious man.

He points out Asta’s inability to save him and criticizes Yami. When Asta attacks him, he is pinned down by several shadowy hands and that is when the shadow magic-user is revealed to be Nacht Faust the vice-captain of Black Bulls Vice-Captain and a devil host.

There is no clear information about his heritage except that he might be a royal. It is evident from the way he talks and glimpses of the past about his brother for visiting people and bringing them food. Nacht also knew about the castle and it seemed like he was connected to that place.

He is a very practical and logical person as well as straightforward. He doesn’t step back from expressing his true feelings. According to his ideology, something is only good if it is good from the start. Meanwhile, something bad which decides to flip to the good side is bad is inherently and ultimately bad even then.

1. Nacht uses Shadow Magic to manipulate shadows. He can slip in and out from different shadows, which acts as the ability to teleport. He can immobilize his opponents by stepping into their shadows and even pull them into them. Because of this power, he was able to do multiple things and that made him suitable for reconnaissance missions. He really used this cunning ability to the best of his advantage.

2. As mentioned earlier Nacht is a devil host which is quite obvious by the horns on his head. He is bonded with four devils- Slots, Gimodelo, Plumede, and a rooster-like devil. All of them together give him various powers. He makes use of four different relics to temporarily summon them into the living world.

Nacht worked as a spy for the Spade Kingdom. His shadow magic would have made it easier. After arriving at Black Bulls’ base he was able to recognize all the members including their backgrounds, flaws, abilities, and all details making it obvious that he was keeping an eye on them since he had only been to the base once.

Before being a member of the Black Bulls Vice-Captain, Nacht was a former member of The Grey Squad. When the Magic Knight Captains have a meeting, Nacht barges in with Asta. Just as the Captains were about to attack him, Nacht stopped them using his abilities. Then, Julius vouches for him saying that he is in fact the Vice-Captain of the Black Bulls Vice-Captain Squad. And also how at a time, he was a member of the Grey Deer Squad under Julius and worked alongside Yami and William. This is even confirmed as Jack the Ripper is also able to recognize him.

When people say characters like Asta and Yuno are captain level are talking in terms of physical feats. In terms of experience in combat and the number of achievements, they don’t even compare to even vise captains.

Who is the strongest Black Bulls Vice-Captain?

Yami Sukehiro
Yami Sukehiro is the strongest member of the Black Bulls and the captain of the squad.

Who is the strongest vice-captain in black clover?

Nacht
Overall, Nacht easily stands as the Strongest Vice-Captain among all the Magic Knight Squads and is even capable of going against the Captains if not defeat them, as he was able to stall the Twin Highest Ranking Devils of the Underworld, connected to the Tree of Qlipoth, singlehandedly.
Read more articles about: