Who Are Kane Brown Parents? Did The Singer Disclose Anything About Them? Get All Details About His Mother and Controversies About his Father

Kane Brown is a much talented American singer and songwriter who garnered attention through social media for his beautiful country singing and rose to fame quickly since 2017. Now he is an established country singer … 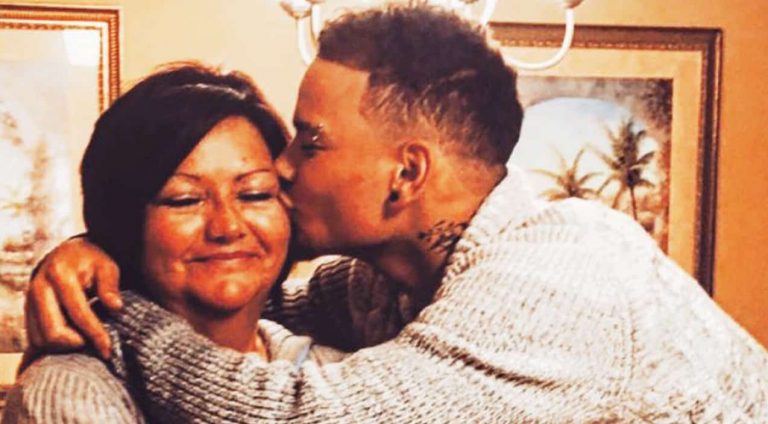 Kane Brown is a much talented American singer and songwriter who garnered attention through social media for his beautiful country singing and rose to fame quickly since 2017. Now he is an established country singer of note and the first-ever artist to have simultaneous first positions on all five main Billboard country charts in 2017.
Apart from professional success, there are several speculations about in-depth details about Kane Brown parents and lately, Kane Brown parents have been recurring in new headlines. Let us see what it is all about.

Kane Brown was born on October 21, 1993, to a European-American mother, Tabatha Brown, and an African-American father with Cherokee roots. Kane was born and brought up in rural northwest Georgia and Chattanooga, Tennessee.

He is biracial, which he himself didn’t know until he was 8 years old. Kane thought that he was fully white and his racial status never bothered him. However, he was bullied for his ethnicity during his entire childhood. The breaking point for him was when people starting calling him the N-word. He was a child and didn’t understand what it meant but that started affecting him, making him get in fights often people other children.
Due to limited resources, Kane’s family moved around Georgia a lot in search of jobs. Sometimes Homeless, Kane and his mother would sleep in their car, and occasionally his grandparents offered a place to stay. As a result, Kane studied in various schools including Lakeview-Fort Oglethorpe High School in Fort Oglethorpe, Georgia. He was in the school choir and sang along with Lauren Alaina, the American Idol season 10 runner-up.
He also attended Soddy Daisy High Schools and Red Bank Ridgeland. He lived for a while with his grandmother after graduation so she helped in raising him too.
He also had bad encounters of physical abuse with his step-father. He used to get beaten very often for petty things like wetting his bed. Kane was deeply traumatized by it. It was his grandmother who saved him from the abuse.

Unfortunately, Kane Brown’s father was arrested in 1996 when Kane was just 3 years old and has been in jail ever since. That is why neither did he grew up with a father nor did he miss his presence. Though the real reason for the arrest has still not been disclosed by the family as they chose to keep mum about it, it seems like he will likely be released one day.

After his father went to prison, the entire responsibility of their family fell on the shoulders of Kane’s mother. She didn’t have a permanent job so they faced a lot of financial struggles. As mentioned above they never stuck to one place and moved around the town from time to time. He grew up in different places- first, they lived in Rossville, then Fort Oglethorpe, followed by LayFayette before eventually settling down in Red Bank, Tenessee.

Although it was hard for him to grow up without a father, that never stopped him from building a relationship with his old man. Kane is in touch with him and visits the prison sometimes to talk to his father and get to know him better as they couldn’t really spend much time throughout their lives.

Kane revealed in an interview that his father is a drummer. He joked about hiring him once he is out. Kane’s father is very proud of his son’s achievements and doesn’t stop bragging about them.

Unlike other children who have hatred for their fathers or mothers not being involved in their lives from a young age, Kane has made peace with his father and just wants him to be out of jail as soon as possible.

For obvious reasons, between either of Kane Brown parents Kane has a strong bonding with his mother. After all those years of single parenting and life struggles, Kane made sure that he gave a good life to his mother. He gifted her a car as a birthday gift which made her emotional to see her son grow up to be such a humble man.

Kane Brown Parents RELATIONSHIP AND ROLE AS A FATHER

Kane Brown Parents is not only an amazing singer but also a dedicated family man. He is happily married to Katelyn Jae and has a beautiful daughter, Kingsley Rose Brown. They met for the first time at one of his concerts in 2015. They started talking over texts, dated for two years and finally, in 2017 he popped the question to Katelyn. He felt like she was the one for him right from the beginning.

In an interview, Kane revealed that he proposed in an unromantic way while watching a movie. Funnily, that movie was about a newly married couple and mass murder. As wrong as it sounds, Kane said that he couldn’t wait and just asked her the big question. Nevertheless, Katelyn accepted his proposal, and the couple got married on October 12, 2018, at Mint Springs Farm in Nolensville, Tennessee. The wedding was attended by around 200 relatives and friends also know about Kane Brown Parents is very good for Kane Brown.

Kane and Katelyn soon gave birth to a daughter after a year of their marriage on October 29, 2019. Kane is extremely happy about her and has been sharing his love for the baby on social media. He wants to be the dad to his daughter that he never had. So far he has been wonderful and we hope it continues in the future.

Did you read the article? Let us know in the comments if you like it.

Know everything about Kane Brown Parents:

What ethnicity is Kane Brown?

Brown is multiracial as he was born to a White mother, Tabatha Brown, and an African-American father who is also part Cherokee.

Is Kane Brown a Country singer?

Kane Allen Brown (born October 21, 1993) is an American singer and songwriter. Brown first came to the attention of the public through social media.

Was Kane Brown on American Idol?

Who is the girl singing with Kane Brown?

Tab to raise the curtain from Amy Baier Bio | Wiki |  Husband | Net Worth |  and a lot more you should know about her. CHECK OUT NOW!!

Get more updates and information about Kane Brown Parents at instachronicles!