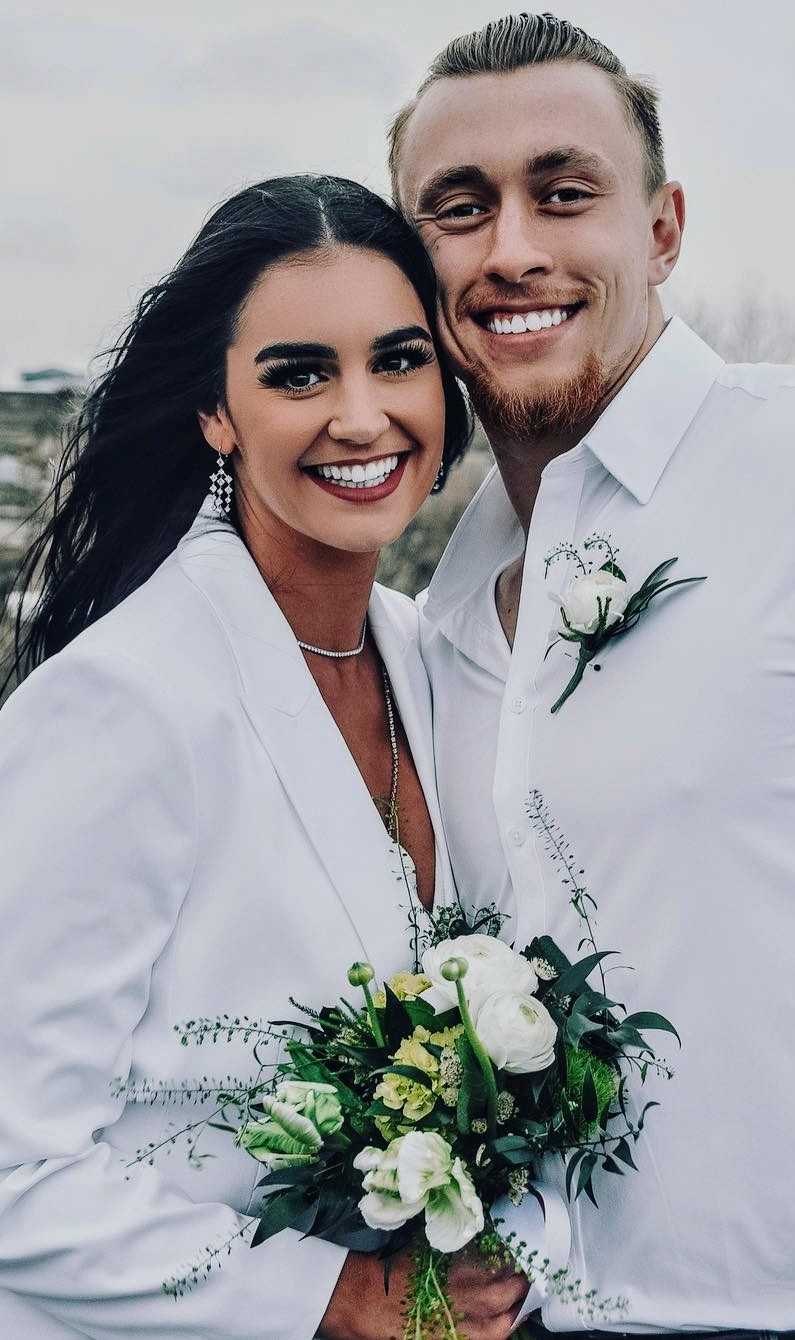 George Kittle Wife: Who is George Kittle wife? ARE THEY STILL TOGETHER?!!(2021) | Personal Life | Career | Family

San Francisco 49ers tight end, George Kittle has tied the knot with his longtime sweetheart last August. Well the Football season may be over for now, but Kittle has definitely scored a new win during the off-season – he married his abiding girlfriend!

The footballer proposed to the love of his life on a beach in Santa Cruz, California last August. It can be concluded from their wholesome Instagram posts that they definitely had one kind of a wedding, but theirs was a wedding without a single guest! Surprising ain’t it, marrying off without any close mates. 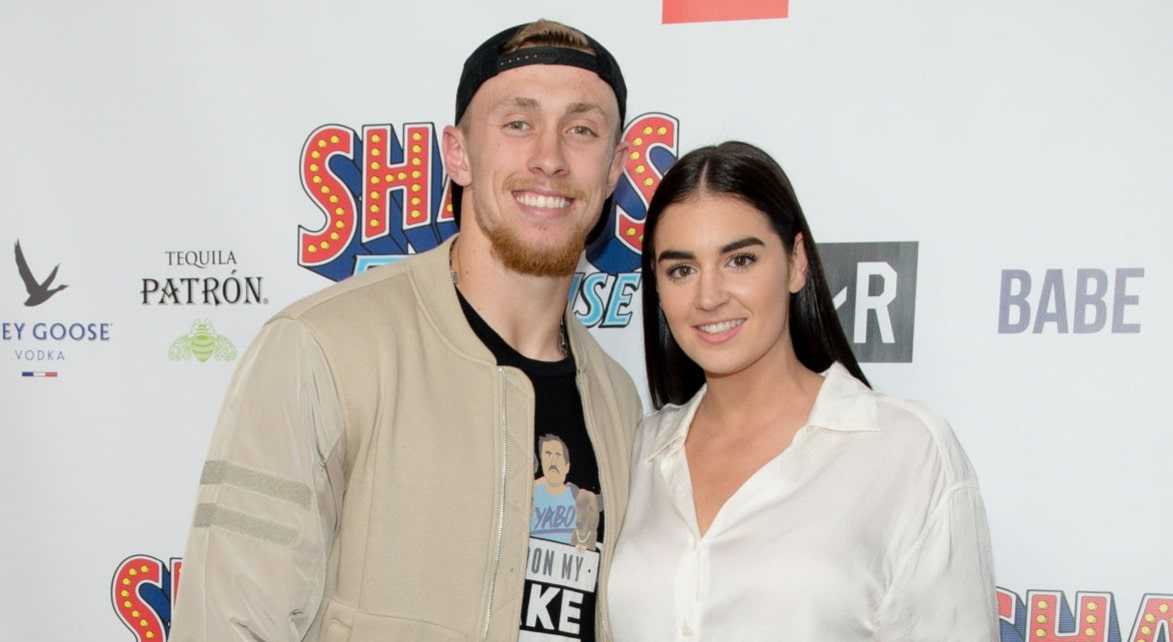 So who is George Kittle wife? How long have they know each other? Let’s find out 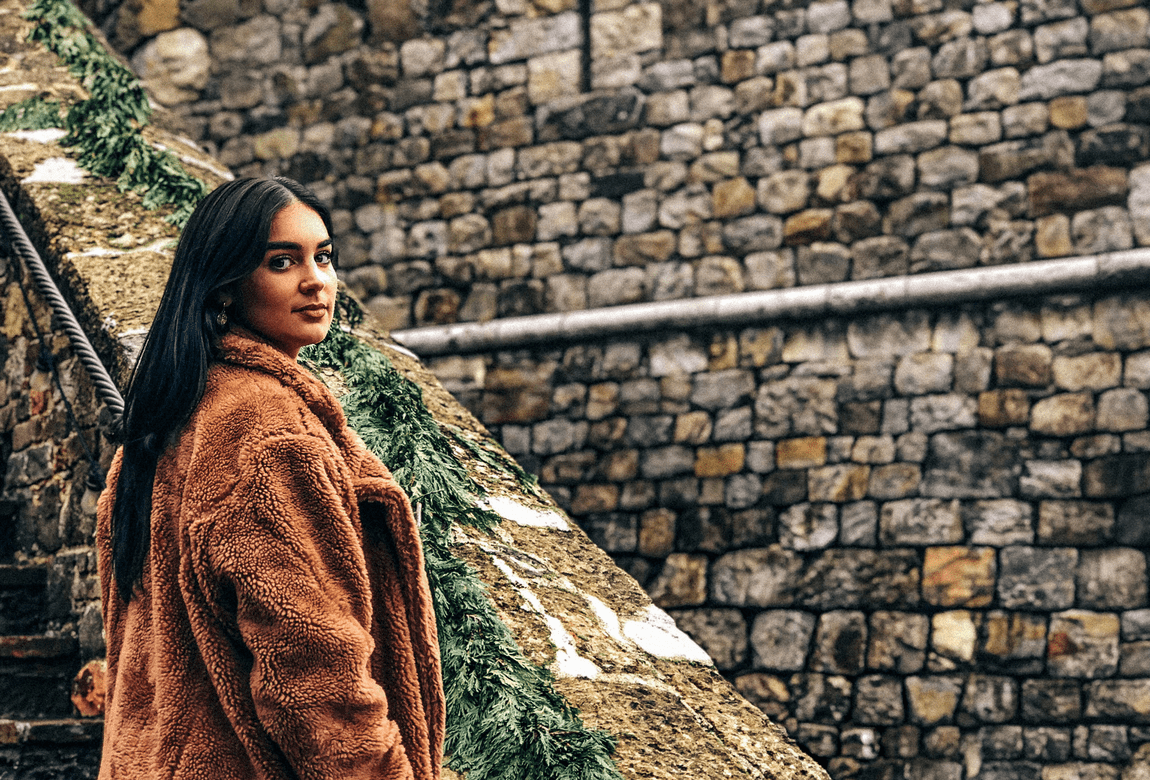 Claire’s full name is Claire Colette Till. She is presently twenty-six years of age, her height is 5’11, and has a younger sister.

Till has been gaining recognition for multiple reasons, not only for being a health and fitness trainer, model but also because she married a renowned face in the NFL kingdom, George Kittle. The couple is known for their outward show of affection. Their posts are filled with lovely pictures.

Claire Till attended the University of Iowa after graduating from Wahlert High School. Claire Till has spent her share of time playing ball herself. Till was an avid basketball player for her college team, the Lady Hawkeyes while attending the University of Iowa. Unfortunately, a knee injury ended her career in this field. She may not have gone pro, like her husband, but she’s his biggest support and fan.

Till’s mother, Shelley, played basketball at Drake with Hawkeye assistant coaches Jan Jensen and Jenni Fitzgerald. It was those connections and that heritage that made her go in the line and also that growing up as an Iowa fan in Dubuque that formed Till’s dreams of playing for the Hawkeyes. 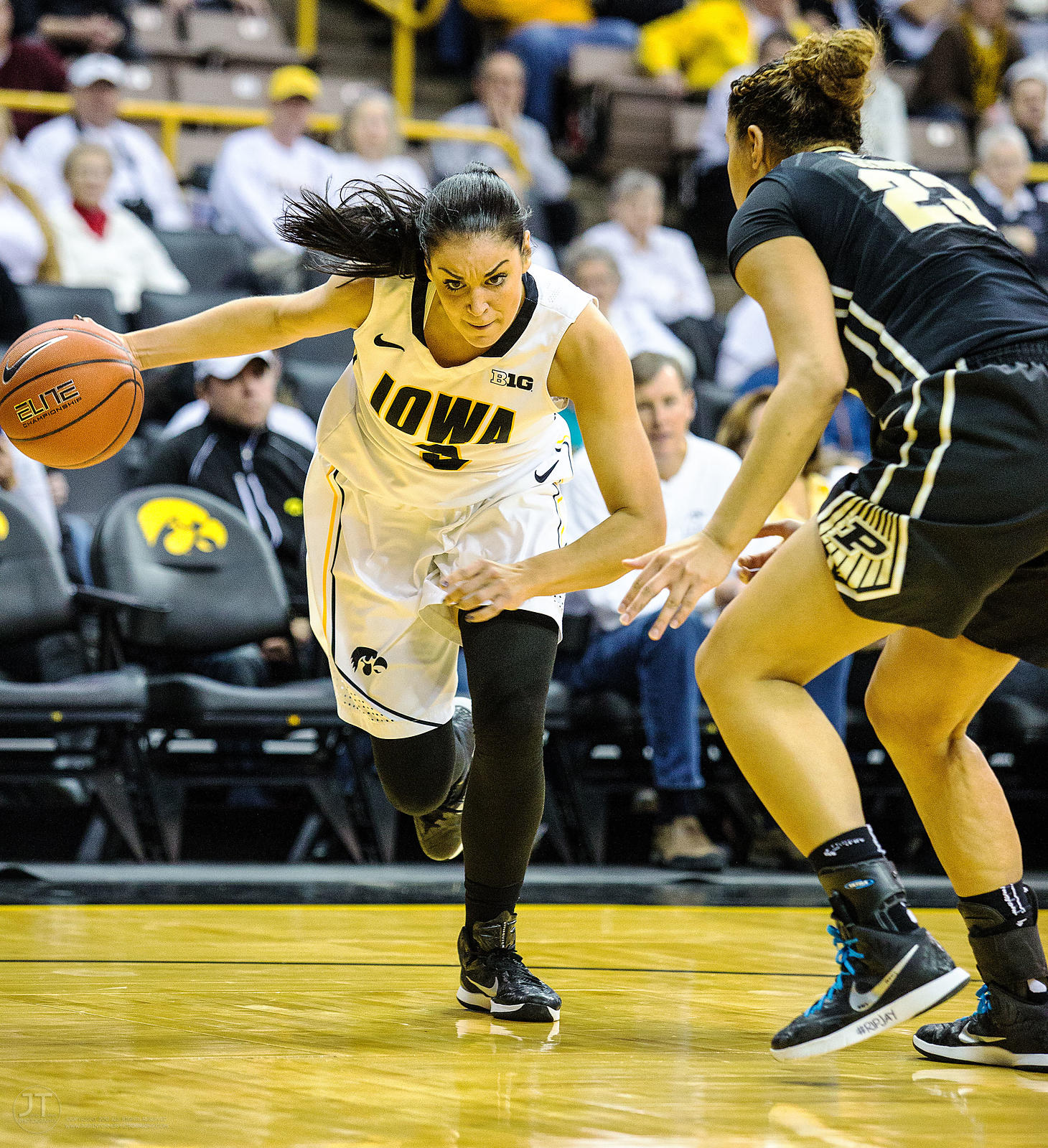 Claire saw a downfall in her athletic career when a stress fracture in her right femur kept her out of six games, but Till still appeared in 16 games during her freshman year determined to log the on-court time necessary to adapt to the game at the Big 10 level.

She had been going well with her career and had returned to her role in the Hawkeyes, but soon the injury bug that she had successfully fought with for years reared up again.

Till found out that there was no cartilage left in her knee and her femur rubbed on her patella, causing her an excruciating pain that she never felt before. With this she decided to operate on her right knee, knowing that this would probably end her collegiate career. 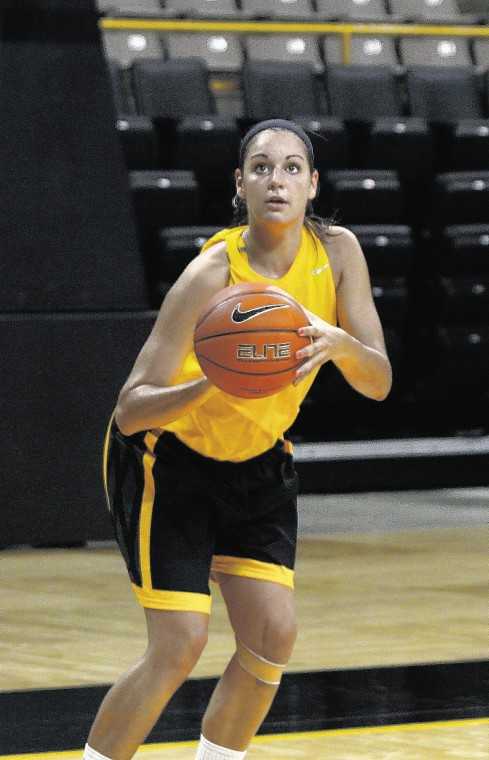 The operation was a success as everyone had expected, even though it ended her dreams of becoming a player midway, Claire still thanked her time at the University of Iowa, she left successfully majoring in human physiology with an exercise and wellness emphasis, adding to that an entrepreneurship certificate.

Claire, as mentioned earlier graduated with an entrepreneurship management certificate, which absolutely came in need when she decided to start up her own fitness training business. 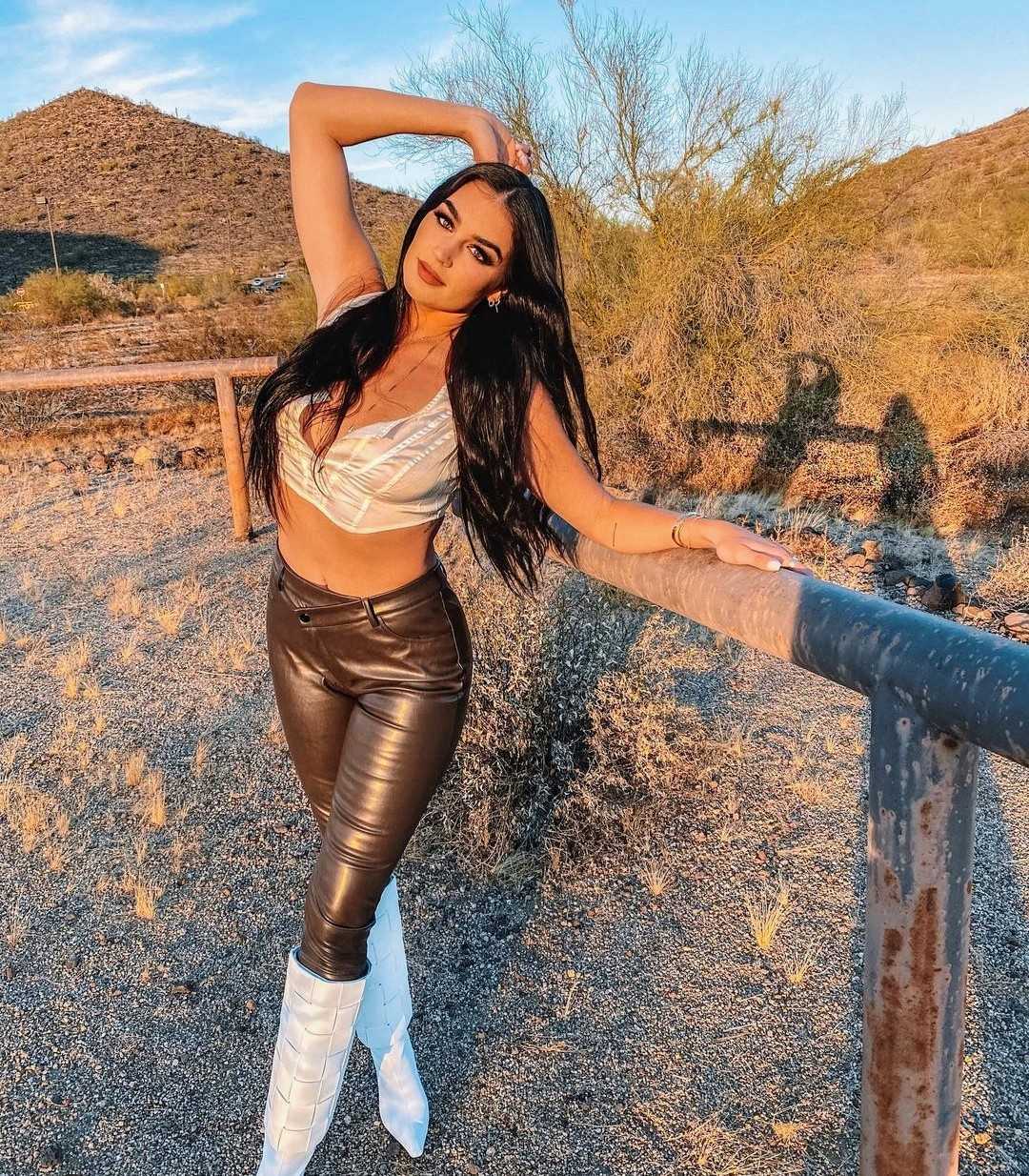 Claire is a certified fitness trainer, she started and owns, Claire Till Fitness, LLC, which is located in Iowa City. Despite the efforts of getting it up and running, she apparently isn’t doing much with it since her husband, George was drafted to the 49ers and a big part of their time is being spent out west.

George and Till met each other way back in college, in their sophomore year, since both of them attended the same University. They shared the same dorm there; a dorm for athletes but it wasn’t just the dorm they shared. George and Claire had some of their classes together they even share their study materials and they had mutual friends in both their groups. It was one of George’s friend that introduced him to Claire.

They were eventually friends for a long time until they decided to take things forward. 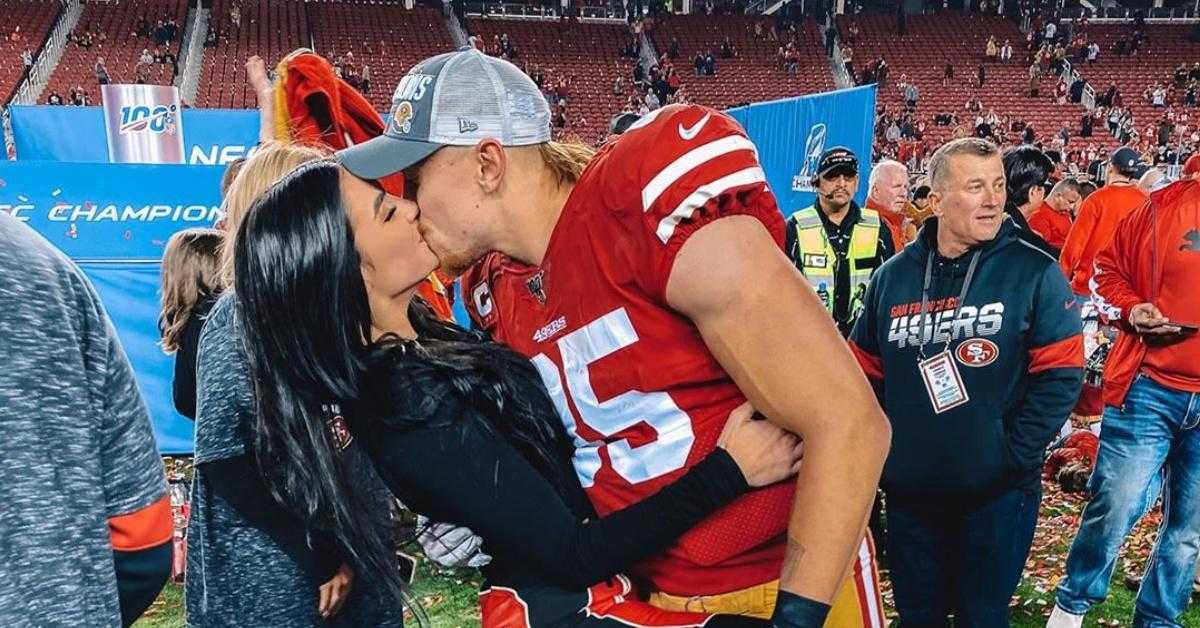 George proposed to Claire in August 2019 and the player eventually went all out for his proposal. George practically faked a photoshoot for 49ers saying that they were organizing a photoshoot for boyfriends and girlfriends of all the teammates of 49ers claiming that it was all going to be a part of a brochure and a website.

Thus the August 18 ‘photoshoot’ took place in Santa Cruz California with cameras, photographers, drones flying around, and even special lighting and it was around this time that George made his move and proposed to Claire.

They had originally planned on holding a big wedding event, but the groom couldn’t wait to get married thus they put together a quick casual wedding with little guests. The wedding took place on March 27, 2020, and not only did their photographs, which were clicked by George’s mom, receive huge compliments all over the media, but also the fact that they did not spend hunks of money to seal the deal, didn’t go unnoticed either.

Well they have been regular with their cheesy pictures in their accounts and they cannot get enough of complimenting one another, their relationship is rock strong. 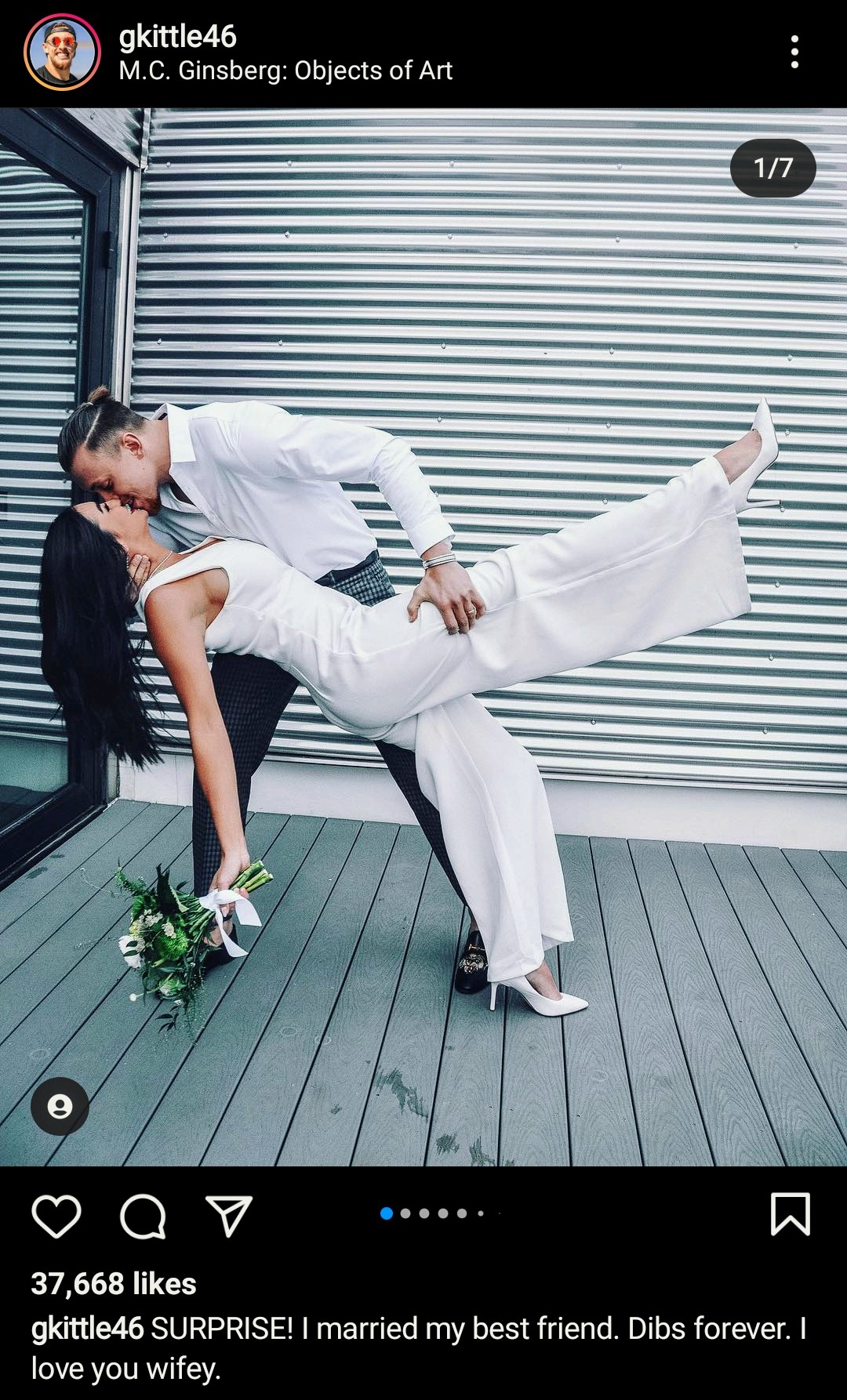